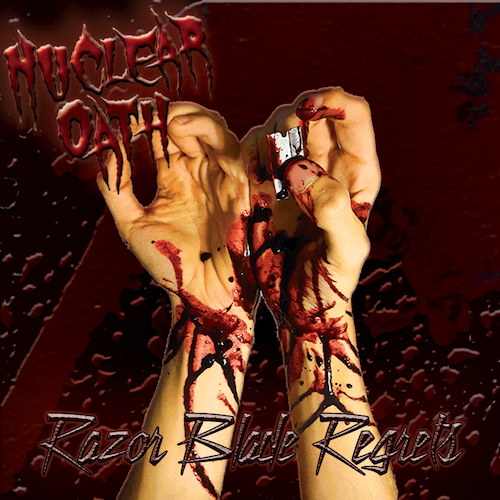 Nuclear Oath come our way from Medicine Hat in Alberta, Canada, with their new single “Razor Blade Regrets“, which will appear on their debut album Toxic Playground this coming summer and is available today via Bandcamp.

This is the band’s fourth release overall, following a debut single in 2015 (“There Goes the Neighborhood“), a 2016 EP (Ashes of the Unborn), and another single from the forthcoming album that appeared last year (“Ambushed“). 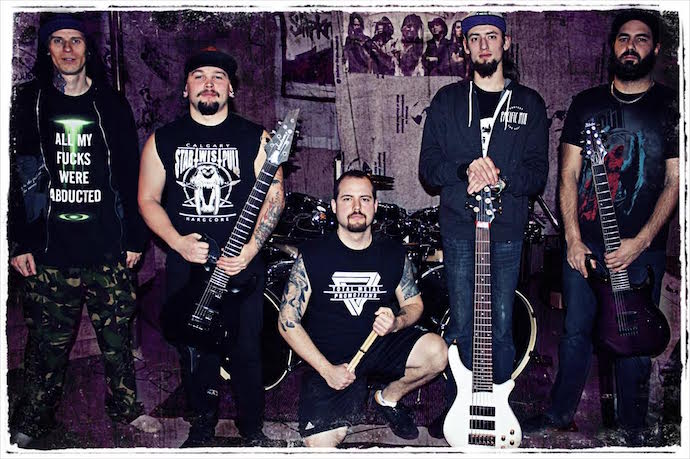 In commenting on the track, the band have observed that it “has a catchy groove that we know you will bang your head to throughout the track” and “a message based on internal struggle and turmoil”, and we can’t argue with that. This beast is a mid-pace rumbling steamroller pierced by shattering, acid-spewing shrieks and wild howls, and following a bridge, it punches into destructive nail-gunning mode as well. Heavy-grooved and battering, it’s an infectious, high-energy track.

To download the new single, visit this location, where you’ll also find the band’s other releases: