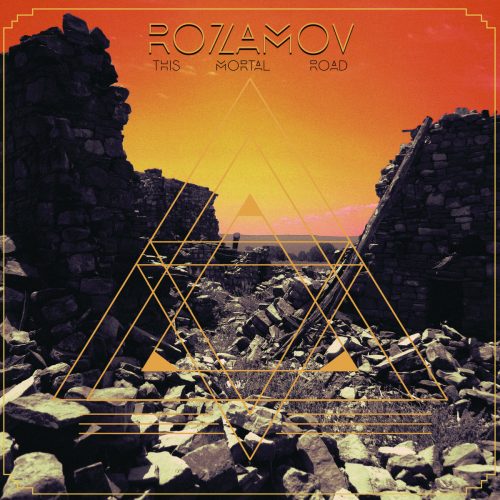 With two EPs and a split to their credit, the release of Rozamov’s debut album This Mortal Road is now fast approaching through the joint efforts of Battleground Records and Dullest Records. In advance of the March 3 release date, Revolver magazine has already premiered the title track, and now we have another one for you to stream, a soul-crusher named “Wind Scorpion”.

Rozamov have explained, “We wrote the album during the snowiest winter in Boston history, making life in the city just a constant draining struggle. It was a really intense time to live in New England, and the cold and isolation of that winter worked its way into the riffs and the lyrics, giving the record the feel of a long and intense journey.” There’s certainly no shortage of intensity in “Wind Scorpion”. 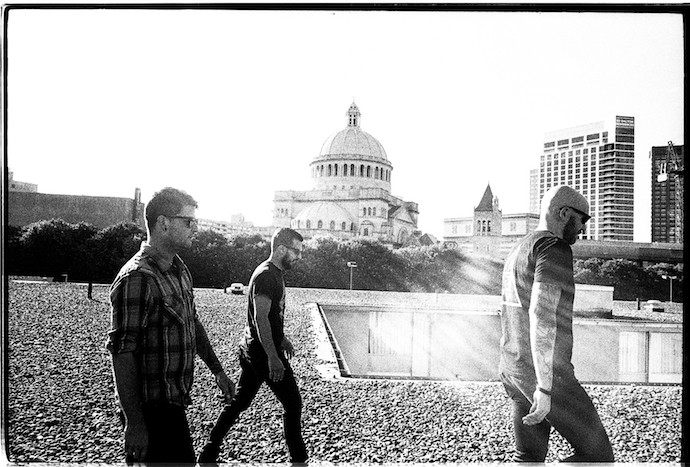 This is the proverbial lumbering descent deep down into a trough of despairing grief, beneath the caustic drizzle of an acid rain. You might need some deep draws on an oxygen mask by the time this one ends.

Composed of slow, craggy chords that come down with bone-cracking force and dissonant notes mixed with shrieks of feedback, the music really is a crusher, made all the more punishing by drum hits that sound like a piece of lumber shattering against the back of a skull. And to amplify the song’s wrenching atmosphere, the lyrics are voiced in high, piercing, vehement howls, accompanied by equally agonized cries of anguish from the guitar. As the drums begin to rumble, the cries become even more jugular-shredding.

The song’s melodies are potent enough to alter your mood, too. They lead forward to a piercing guitar solo in the final minutes that’s both soulful and soul-rending.

By the way, if you’re wondering about the title of this powerful song, the band have given us this explanation:

“Wind Scorpions are horrifying looking insects indigenous to the Middle East. There are stories of swarms of them devouring entire camels, but in reality they are pretty much harmless. The concept of something being frightening in spectacle but in reality harmless was really interesting to us, but really doesn’t have much to do with the lyrics which are about internal struggle and loss.” 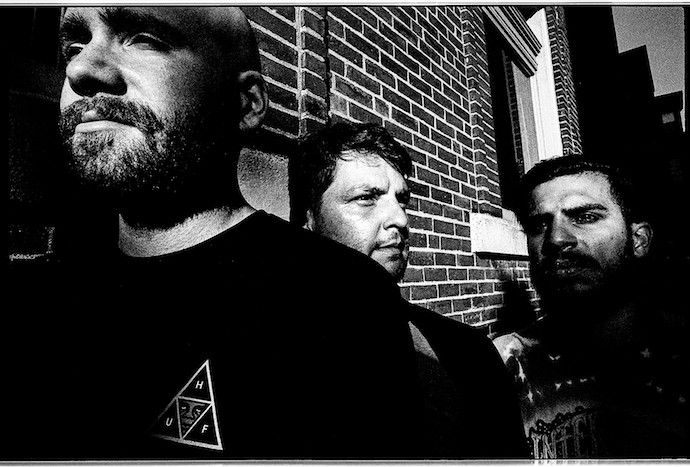 This Mortal Road includes more than forty minutes of doom. It was recorded and mixed by Jon Taft at New Alliance Audio, and mastered by Nick Z at New Alliance East Mastering. The album features photography by Andrew Weiss and layout by Matt Martinez.

Rozamov will embark on a US tour throughout March beginning with at a record release show in Allston, Massachusetts on the day This Mortal Road is issued. Hush will join Rozamov on the first three shows in Brooklyn, Baltimore, and Richmond, and the tour also includes a set at Austin Terror Fest. The schedule as it now stands is below, along with our premiere and the album’s previously released title track.