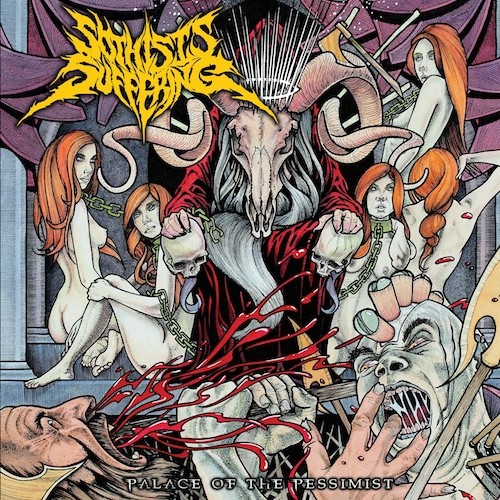 The timer on a bomb has been ticking down, and tomorrow time runs out. February 24th is the release date established by Unique Leader Records for Palace of the Pessimist, the new album by L.A.-based So This Is Suffering. But we’re speeding up the clock and providing a premature detonation today as we host a full stream of the album.

So This Is Suffering were founded in 2006, self-releasing a trio of previous albums, including 2012’s A Deathscene on Delay. This new one marks their first release on Unique Leader. 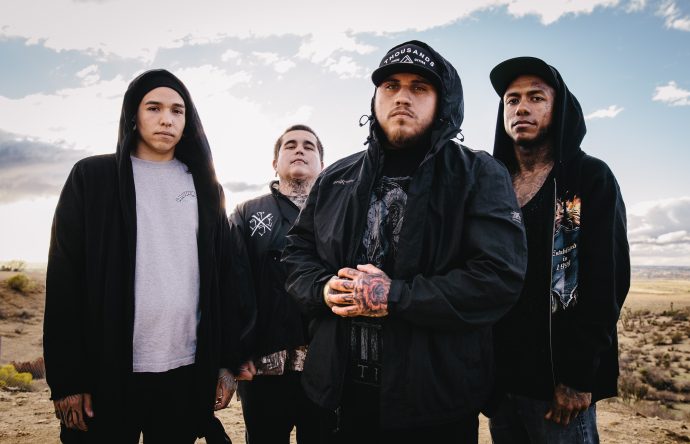 The sound is unmistakably deathcore, but it’s the kind of deathcore one might imagine being created aboard lightspeed warcraft headed our way from Andromeda. The music is barbarically brutish but also eerily extraterrestrial and freakishly fluctuating.

The songs are hurricane blasts of multifaceted and mercurial sound. Yes, there are gigantic, atonal, booming chords that punch hard enough to shiver the foundations of your dwelling, and clobbering breakdowns produced for maximum destructive impact, coupled with kidney-punching riffs and a maniacal mix of howling bellows, gang growls, flesh-melting shrieks, and rancid strangling noises in the vocal department.

But… you’ll also find frequent doses of spidery fretwork creating hornet-swarm arpeggios and filaments of luminescent melody, along with demented electronic pulsing and shimmering alien ambience that might put your teeth on edge.

There will be headbanging, head-spinning, and liquefaction of internal organs. Xenomorphic transformations are possible as well.

So there, you have been properly prepared for your listening session. Check out further details below, and then press the detonator button.

Palace of the Pessimist was recorded with Portland’s Mike Sahm (Dream Awake Audio) and features artwork by Chris Panatier (Dopelord, Totem Skim). To repeat, the album is being released by Unique Leader on February 24. If you like what you hear, spend your money here:

And finally, So This Is Suffering will be on tour in March and April — get the details here:

SO THIS IS SUFFERING w/ Depths Of Hatred, Lorelel:

w/ Signs Of The Swarm:

3 Responses to “AN NCS PREMIERE: SO THIS IS SUFFERING — “PALACE OF THE PESSIMIST””