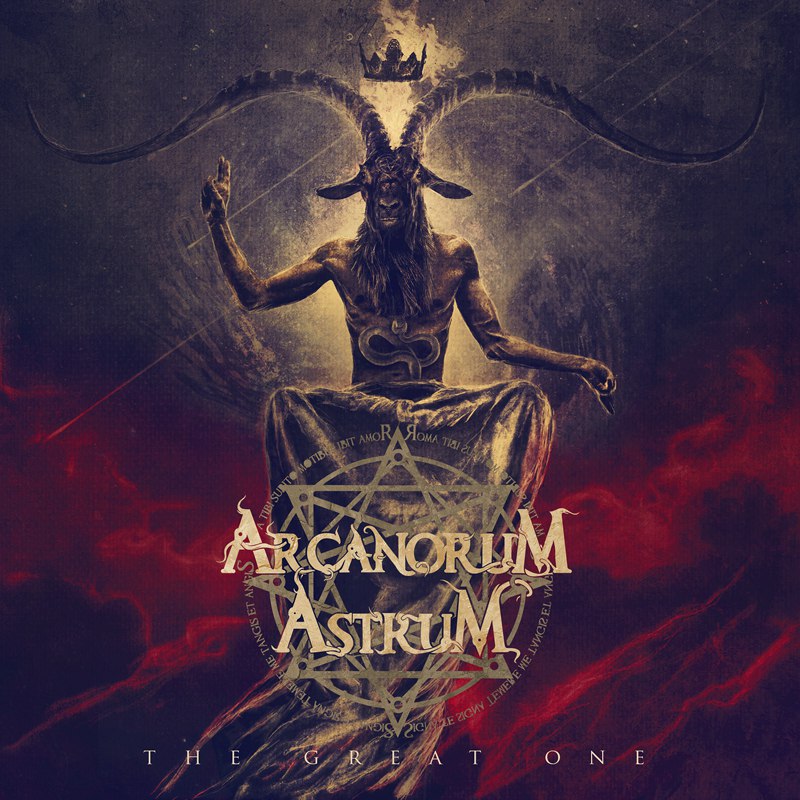 The Russian symphonic black/death metal band Arcanorum Astrum has recently completed work on their second album, The Great One, which is projected for release this April or May. Today we bring you a lyric video for the album’s title track, which features a guest solo by none other than Karl Sanders of Nile and makes good use of the impressive cover art by Alex Mayhem (Mayhem Design).

A vibrant classical piano melody begins this new song, and it ripples through the song, reappearing in the midst of the storming and the bombast that “The Great One” delivers. Soaring symphonic music gives the song yet another dimension, a mystical one, which contrasts with the song’s surging power.

The heavy vibrating riffs, thundering drums, and fierce guitar leads are accompanied by the harrowing roars and skin-splitting shrieks of vocalist Demether Grail (Grailight, Zmey Gorynich, Nimphaion), creating a sensation of fiery ecstasy. And speaking of fiery, when the rush abates a bit and the riffs start to jab instead of swarm, Karl Sanders turns in an electrifying solo.

The track list for The Great One is as follows:

For more info about the release, follow this page:

3 Responses to “AN NCS VIDEO PREMIERE: ARCANORUM ASTRUM — “THE GREAT ONE””