Al-Namrood is an anti-religious Saudi Arabian black metal band, which has to be a dangerous way for them to spend their time. The first and last time I wrote about them was in 2012 when their third album Kitab Al-Awthan was on the brink of release. Now their sixth album is due for release on CD and vinyl by Shaytan Production on May 16. Its name is Enkar.

The video below is for the first single, “Nabth“, which we’re told translates to “ostracized”. The band explain, “This song is a shout out to all oppression resisters around the world where humanity became passive and withdrawn.”

“Nabth” is a dark thundering romp that has more in common with first wave black metal and punk than black metal of the second wave, and it also incorporates elements of traditional Arabian music in the melodies and the instrumentation. The vibrant, often wailing, vocals are also different and distinctive. The whole song is an exotic, head-moving blast to hear. 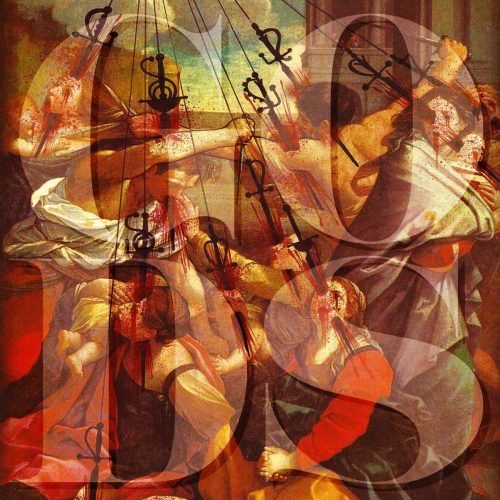 I don’t know where GODS are from, or really anything else about them other than the genre-splicing music on an EP released by Apocalyptic Witchcraft Recordings on February 24. Its name is Fear Is the Price of Our Instrument.

When I was trying to find out something about the band by googling the EP’s title, I discovered this line uttered by Dr. Hannibal Lecter in the film Red Dragon: “Without our imaginations, we’d be like all those other poor dullards. Fear is the price of our instrument. But I can help you bear it.”

There are three tracks on the EP — “Hateslick”, “Everything Whole Is Coming Apart”, and “Rend Asunder”. “Hateslick” got its hooks in me from the opening riff, and the sludgy hammering that followed just dug the hooks in deeper, while the raw, crazed vocals went straight for the jugular. Pure headbang fuel, this one, even when the tempo slows into a groaning clobberfest.

“Everything Whole Is Coming Apart” is another brutish marauder with irresistible grooves and addictive riffing that moves from heavy-ass chugging to pestilential seething before taking a melancholy, melodic turn which proves that GODS can do more than inflict a vicious beating. The band stick to heavyweight, mid-paced bludgeoning in “Rend Asunder” but lace the song with a bleak, doomed melody as well and finish the track like an enormous pile-driving juggernaut… which then collapses into a pit of tar. 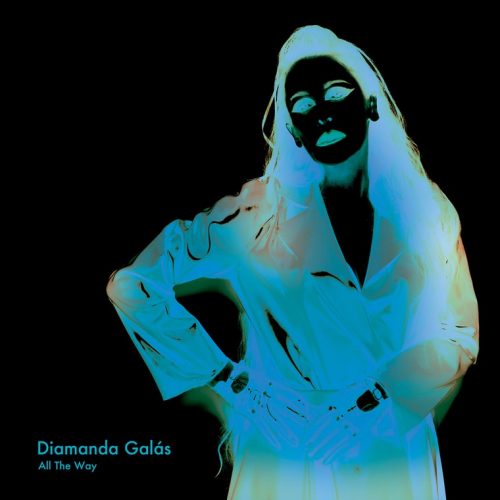 The remarkable Greek artist Diamanda Galás has recorded a new album named All the Way that’s scheduled for release by her label Intravenal Sound Operations on March 24. It’s actually one of two albums she’ll be releasing the same day, the other being At Saint Thomas the Apostle Harlem, which was recorded at the church of that name in New York at last year’s Red Bull Music Academy. All the Way consists of re-worked versions of these jazz, blues, and folk standards:

Last month I included “O Death” in another one of these round-ups (here). It was a vivid reminder that no one I’ve heard sounds like Diamanda Galás, or can do what she does with her voice. Now we have a reminder that she is just as inspired, inventive, unpredictable, and terrifying as an instrumental performer.

The track below is her rendition on piano of “Round Midnight“, originally written and performed by the legendary Thelonious Monk. It’s jarring, discordant, destabilizing, playful, melodious, loud, soft, frenetic, musing, and quite remarkable from beginning to end. And I wasn’t ready for it to end. 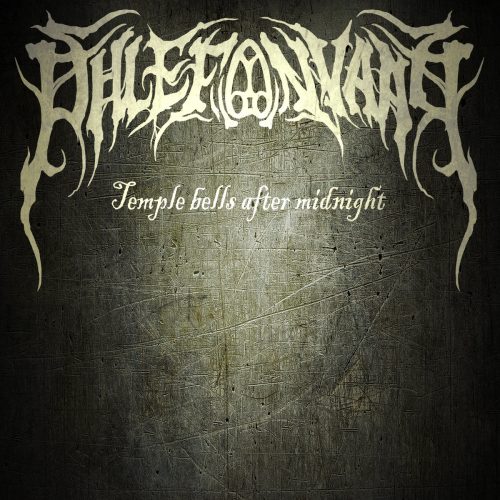 Now I’m turning to a pair of bands whose names I can’t pronounce, or type easily. The first is Phlefonyaar from the UK. The band has scattered five releases over a span from 1997 to 2016, and in recent days they released a sixth one — a single named “Temple Bells After Midnight“. The credits at Bandcamp list two participants in the song’s creation and amusingly describes their contributions as follows:

Those worrisome ramblings, which I find very interesting, are as follows:

COME DRINK TO THIS WITH ME! COME
STAND BY MY SIDE!
COME RAISE A. GLASS WITH ME
COME
WATCH THE END OF LIES

I find the music very interesting, too, though describing it isn’t easy. I can tell you that it’s IMMENSELY heavy, so much so that it might threaten the integrity of your skeletal structure and rupture internal organs. It’s also more than a little demented. And with that I’ll just say, loosen up your neck muscles and listen for yourselves. 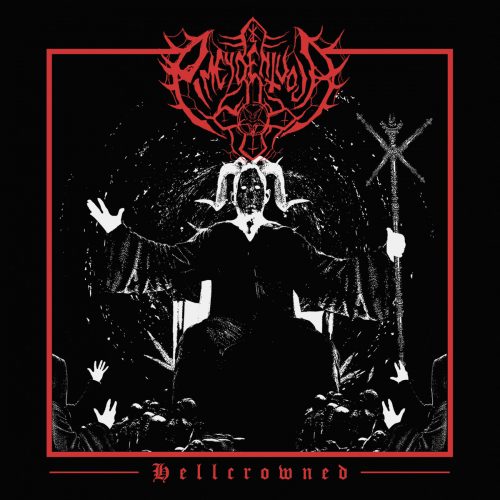 I can;t pronounce Pimeydentuoja either. They are from Finland. Their new album, which is their second, is named Hellcrowned and it will be co-released on March 31st by Symbol of Domination Productions (Belarus), More Hate Productions (Russia), and Black Plague Records (USA). A free single from the album is on Bandcamp, bearing the title “Invocations of Wrath and Fire“, and I found a second one on YouTube called “Deiphagous Death Torment“.

“Invocations…” pulses with unholy infectious energy, and it also swarms like a maddened viper nest, complete with gruesome growls and howls of apparently inhuman origin. “Deiphagous Death Torment” is more of a thrashing onslaught, though the band deliver some massive hammer blows as well; like the previous song, it’s a damned infection piece of black/death barbarism, too. 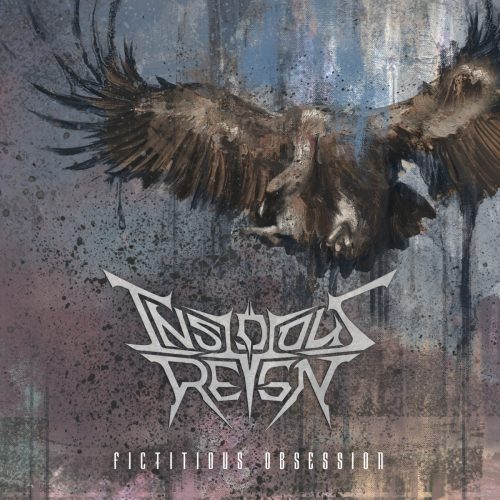 South Africa is home to the death metal band Insidious Reign. Their debut album Fictitious Obsession will be released on March 1. The album was mixed and mastered by the talented Stefano Morabito of 16th Cellar Studio in Rome, and the intro to the title track features a composition arranged by Francesco Ferrini of Fleshgod Apocalypse. The cover art is part of a fold-out piece created by Stefan Smit, and it ties to the album’s concept, described as follows by the band:

“Where the vultures gather, there is death. It does not hunt, it merely scavenges off the carrion. The ancients viewed it as the death eater, feeding off death to sustain its own life. This is the main reason we have chosen the vulture as the central figure in our artwork. It symbolizes the nature of the ruling class. Forever lurking, waiting to feed off of our suffering and misery. The vulture is also revered in African cultures and is indigenous to South Africa.

“Our society has been shaped and controlled by six systems or pillars. Each track is about the evolution and eventual misappropriation of each pillar by the ruling class. These pillars, being the monetary, educational, religious, entertainment, healthcare and military industrial complexes, have all been manipulated to produce and maintain a subservient and docile populace.”

What I’ve heard from the album so far is a track streaming on Bandcamp named “The Vile Maxim”, and it’s an electrifying piece of viciousness. Operating at high speed and with impressive technical proficiency, the band combine insectile fretwork, eye-popping drum munitions, and a mix of rapid-fire growls and incinerating shrieks. They thrash, they delve into head-spinning tech-death territory, they punch like nail-gunners, and they do all that with convincingly brutal and ravenous ferocity. A very nice discovery. 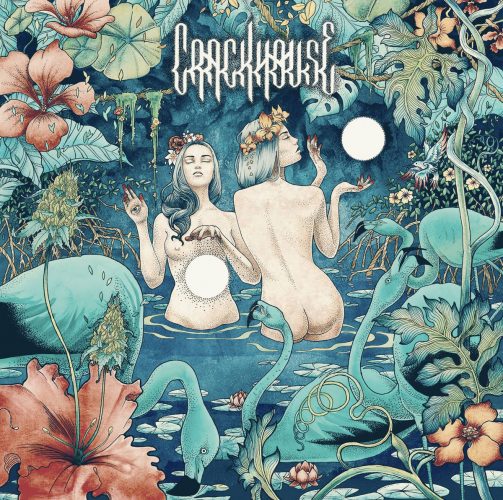 To wrap-up this gigantic three-part round-up I have for you the first EP, self-titled, by a band from Tours, France, named Crackhouse. It was released on February 13.

The EP deserves more words than I can give it, but I’m running out of time on this Saturday, and so will offer only this:

Crackhouse delivers haunting, otherworldly ambience; slow, spectral arpeggios; enormously fat, fuzzed-out, drugged-out riffs; and raw vocal vitriol as brayed by someone who apparently is losing his mind. When the band are moving like a steamroller, heads will bang; when they drop down into their lowest gear, you’ll feel like you’re drowning in congealing blood or being pounded into jelly with sledgehammers.

This seems way too black and nasty to be summed up with a “stoner doom” label, but it’s most definitely a towering riff monster, one that exhales a psychoactive fog.

(Thanks to Miloš for linking me to this EP.)