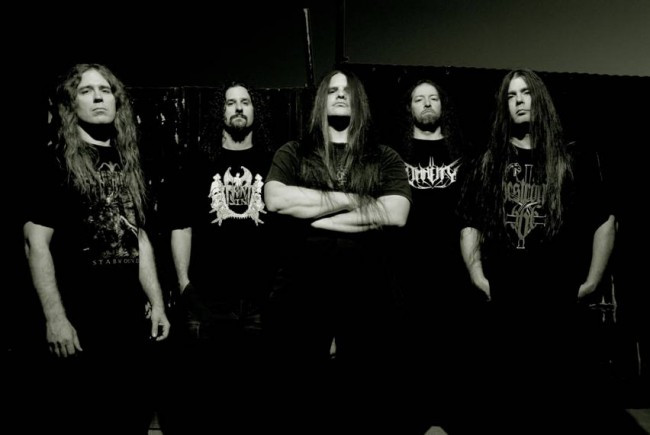 This isn’t an official release, so I’m not 100% sure this is real — though it sure as hell sounds like Cannibal Corpse — and because it’s not official, it may get yanked by the Tube at any moment. But until that happens, you can go get your earholes violated right after the jump. (And thanks to Aaron for the hot tip on this baby.)

Are you feeling cheerier? Sure you are. Let’s get even more cheery . . . 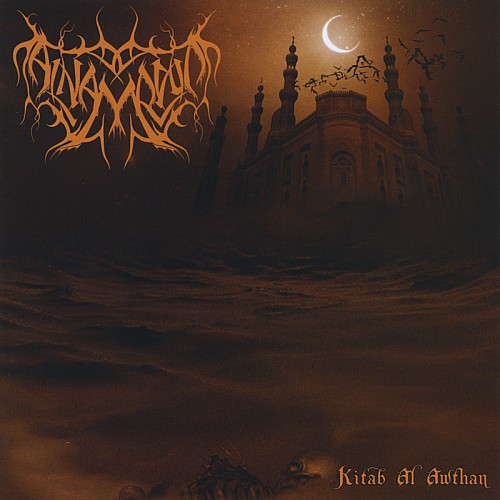 Al-Namrood is a black metal band from Saudi Arabia. That alone should get you interested. It certainly got me interested, because although we’ve written about North African and Middle Eastern bands in the past, this is the first one I’ve heard from Saudi Arabia. One would imagine it’s not the most hospitable country for a black metal band, especially one whose name appears to mean “the non-believer”.

I found out about them yesterday at Also, Wolves, the new blog run by the only troll-friend we have, Trollfiend. Trollfiend had this to say about the music: “Are there even wolves in Saudi Arabia? Or bears with which to be punched in the face?  I don’t know.  So to be on the safe side I’m going to say that al-Namrood is the musical equivalent to being pistol-whipped with a sack full of scorpions.” That Trollfiend, he do have a way with words. I would add only this: It’s like being pistol whipped with that sack of scorpions until the bag splits open and the scorpions crawl into your ear caverns and start viciously biting and burrowing skull-ward.

Al-Namrood have a new album (their third full-length) scheduled for release on January 20. It’s called Kitab Al-Awthan. Al-Namrood have posted two songs from the album on their MySpace player — “Hayat Al-Khlood” and “Ashab Al-Aika”. I wish I could tell you what the song titles mean, but my Arabic is a little rusty. But I can tell you what they sound like. They sound like this looks (a satellite photo of a massive sandstorm sweeping across the Arabian peninsula in March 2011): 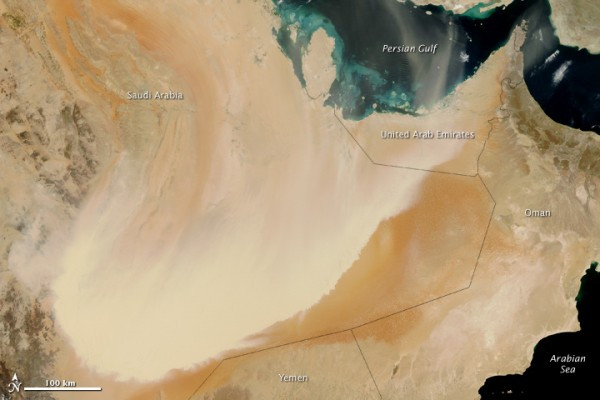 The music is blasting, scouring, powerful — but catchy as fuck, with Middle Eastern melodies threaded through the scirocco of sound, and what appear to be traditional ethnic instruments adding a further element of exoticism. I’m really digging this music. Here are the two songs from the band’s MySpace player:

And now, for your third bit of cheering-up music, allow me to present . . . 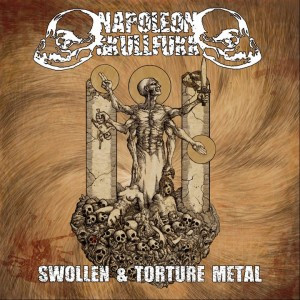 Note the creative spelling of skull-fuck. Note the use of Napoleon’s name in the name of the band. I’m just saying to note those things because I have no idea what any of it means, except it does sound sorta cool. So does the name of the Napoleon Skullfukk song I heard last night: “Samantha, You’re Alive For A Reason”. Cool, right? I also don’t know what that means either.

Actually, I heard two Napoleon Skullfukk songs. The second one is called “Code Napoleon Skullfukk”. I don’t know if that’s a code of conduct (if it is, I presume it requires a lot of skull-fucking) or an encrypted means of communication (perhaps one that involves substitution of “k” for “c”, as in fukk you and motherfukker and crakkhead).

You’ll never guess where Napoleon Skullfukk are located. I’ll give you 10 seconds to figure it out.

Okay, time’s up. If you guessed France, then you haven’t been reading at NCS long enough. Despite the tossing around of the little general’s name, the band are, of course, from Finland. I found out about them from jeimssi, one of our Finnish readers and a frequent commenter. He reported that even though he’s not a fan of this particular style/genre of music, he found himself headbanging his “poor hangovered head” to the music.

And what exactly is the style/genre of music? Well sir, we’re in the realm of Cannibal Corpse (what a coincidence!), Autopsy, and Obituary.

Napoleon Skullfukk have released two EPs to date — Torture Metal (2008) and Swollen (2010), both of which are extremely sound EP names. In fact, they’re so sound that when the band released a compilation in 2011 on the Dynamic Arts label, they called it Swollen & Torture Metal.

Here are those two songs I heard last night. These dudes have some skills — skills that could use some further honing, to be sure, but they’re already capable of delivering a good skullfukking. Worth keeping tabs on these guys and a sharp eye peeled for their debut album when it comes.

The Swollen & Torture Metal CD can be ordered from Record Shop X. Here are useful links:

Alrighty then, there’s your cheering up. As always, enjoy the rest of your fucking day.

10 Responses to “FUCK. IT’S MONDAY AGAIN. BUT LET’S CHEER OURSELVES UP WITH NEW CANNIBAL CORPSE, AL-NAMROOD, AND NAPOLEON SKULLFUKK.”