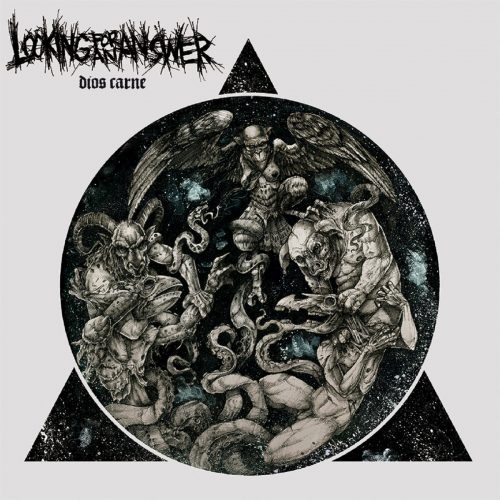 Man, what a rush! The first time I pressed play on the new song you’re about to hear from the Spanish death/grind band Looking For An Answer, I thought I’d detonated a bomb. Or been hit by a semi-truck without warning. I thought about not telling you anything about the song so you would experience the same sense of shock and awe, but I don’t have enough self-control, or possibly any at all.

The track’s name is “Redencion” and it comes from Dios Carne, the first full-length from Looking For An Answer in six years. The album will be released by Willowtip on April 28. Mark that date on your calendar — you have that long to finish your bomb shelter. 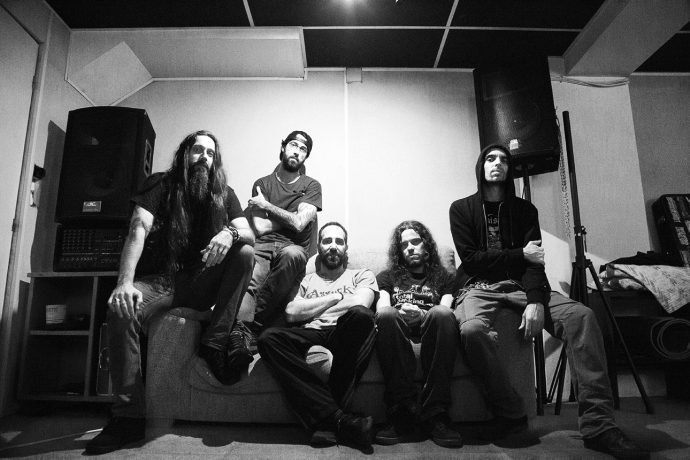 I assume most people expect mayhem and destruction when they think of grindcore, even if they want more than that from the music. But there are degrees of destructiveness in grind, as in life, and there’s definitely a scale of other ingredients that we also look to in defining the character of a grind band.

On the track we’re about to premiere, as suggested above, the sound erupts with titanic destructive force, powerful enough to knock you on your ass, the kind of powerhouse explosiveness that conjures visions of modern mechanized warfare in all its terrible obliterating impact. But the song is high up on the scale of other ingredients as well.

The timbre of the music is deep, heavy, and corrosive. So are the vocals — which are the kind of cavernous, monstrous death growls you might be more used to hearing in a war metal band. And while the band do rampage in a brutal fury, it’s more like the carnage of a precisely orchestrated militaristic campaign than a drunken brawl; the drumming in particular is the proverbial automatic weapon on full auto.

And wait ’til you get to the 0:52 mark, when they hit you with the kind of jackhammering that causes heads to bang until they come right off and bounce across the room. So good. Play it loud.

Lest you wonder whether “Redencion” is just a one-off kind of thing (it isn’t), I’ve included a stream of two more tracks from the album below, along with our premiere.

To pre-order from Willowtip on CD, vinyl, and digitally in the U.S., check these locations (the album is being released in the EU through FOAD Records):

5 Responses to “AN NCS PREMIERE: LOOKING FOR AN ANSWER — “REDENCION””