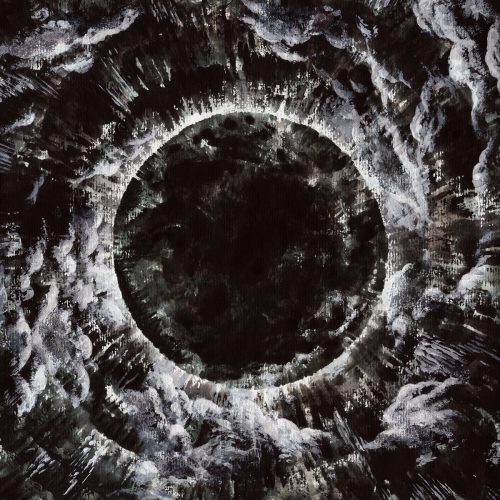 (We present Andy Synn’s review of the new album by Portugal’s The Ominous Circle.)

Let’s be clear about one thing straight away. As band names go, “The Ominous Circle” is… not great.

Oh, it could undoubtedly be worse, and I’m sure that, when growled with sufficient gravitas from the stage, it probably sounds nice and evil, but when you consider that other, equally valid names might be “The Terrible Triangle” or “The Sinister Parallelogram”, well…

But, as the saying goes, a rose by any other name would still be as horrifically heavy, and I’ll be damned if these guys don’t deliver the goods on Appalling Ascension. 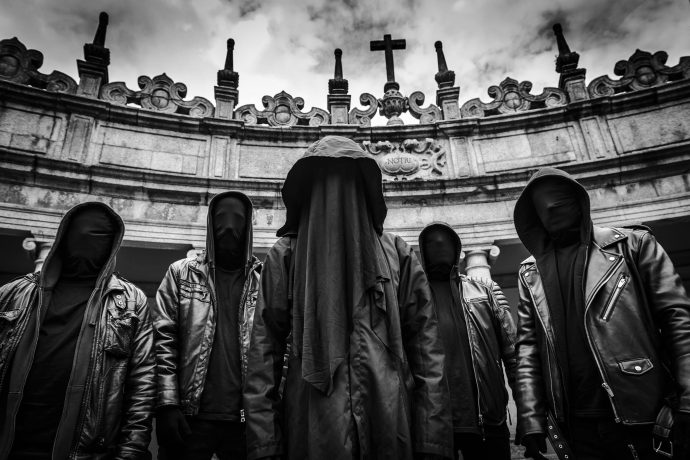 With a phenomenally heavy and frankly rather cavernous sound, somewhere between the dirge-like density of Incantation and the lurching, prodigious power of classic Immolation – along with an ever-present atmosphere of murky, miasmal menace – the Portugese quintet really don’t pull any punches on this, their disturbingly good debut.

Every track (barring suitably… ominous… opener “Heart Girt With A Serpent”, and the slightly superfluous interlude of “Ateh Gibor Le-olam Adonai”) delivers a full-force onslaught of churning, slime-spattered riffs and dominant, destructive drums in classically crushing style, although the overall package – overflowing as it is with gargantuan, grinding grooves and truly hideous hooks, not to mention a filthy array of nasty, nihilistic melodies – never feels like a mere throwback or tribute to a bygone age.

Highlights include the doomy, hypnotic vibes of “Poison Fumes”, complete with some truly monstrous vocals and sudden, spasming bursts of bleeding-edge extremity, and the gut-wrenching, brain-scraping intensity of “A Gray Outcast” – although, truth be told, there aren’t actually any low points on this album, and it’s likely that your favourite tracks will be dictated purely by personal preference, rather than by any issues in the overall quality of the band’s output.

Concluding with the utterly cataclysmic strains of “Consecrating His Mark” – ten minutes of some of the darkest, ugliest, and most utterly unrelenting Death Metal you’re going to hear this year – I can say with confidence that this one is going to make a real mark on 2017, and is destined to show up on a number of End of Year lists come December.

Just you mark my words.