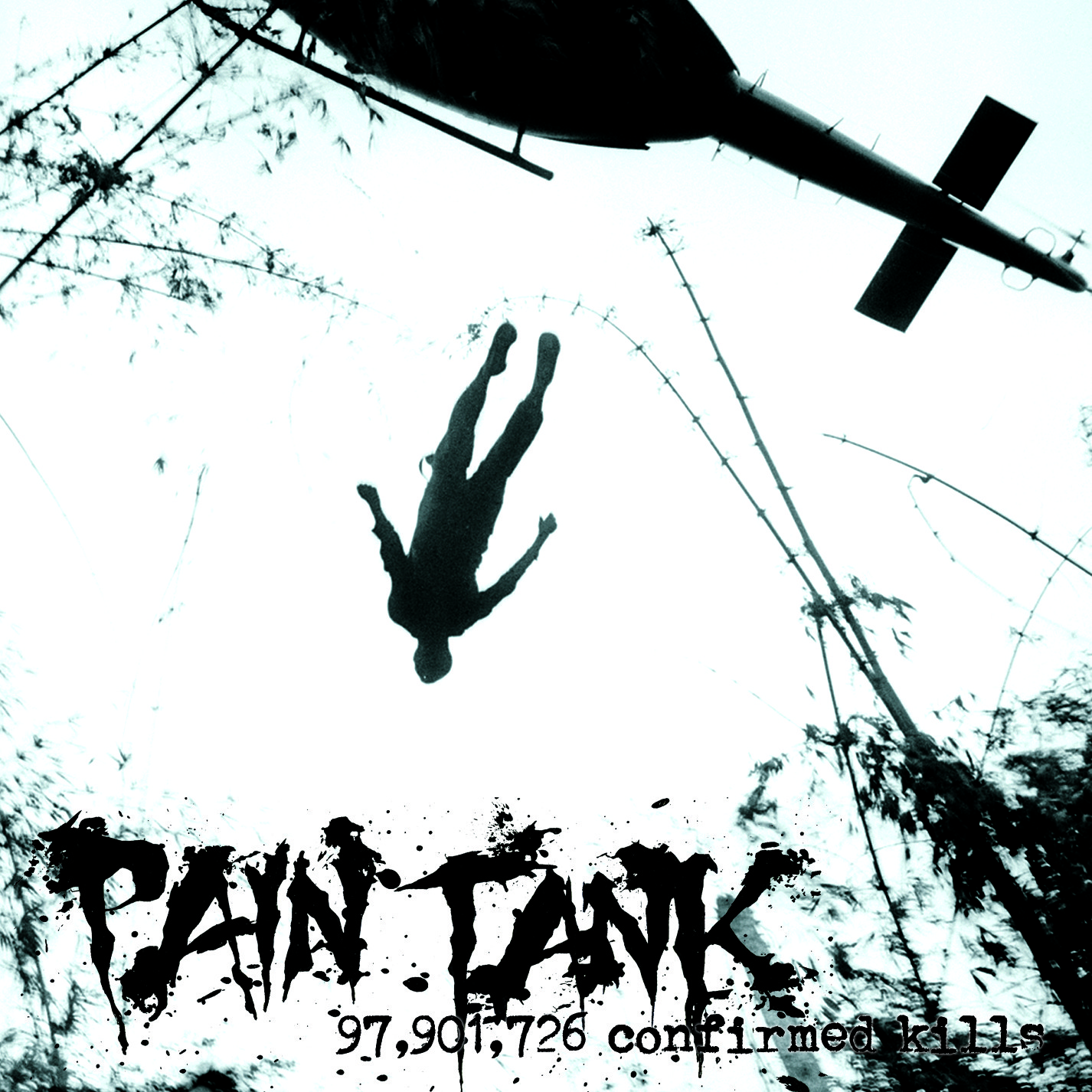 If you’re not disgusted and furious about the world we’re living in, then you’ve done a much better job than I have in numbing, distracting, or blinding yourself to what’s all around us. Living in a perpetual state of fury and disgust isn’t the best recipe for mental health, of course, but trying to suppress it or completely salve it over with a delusional balm isn’t healthy either. It needs to be expressed, and indulging those feelings through music is at least better than some other ways I can think of.

Which brings me to Pain Tank. And man, there’s a name that’s tailor-made for the music they’ve created on their debut album, 97,901,726 Confirmed Kills, which will be released on March 17th through their own independent label Edgewood Arsenal Records. They express pain — and make you feel the pain — with the assaulting force of a tank attack.

Pain Attack are a D.C. area band whose members are also participants in such groups as Construct Of Lethe, Palkoski, Cammo Shorts, and Reticle. They initially started Pain Tank as a side project last year, but it has taken on a life of its own. They recorded this debut album live in the studio over an eight-hour stretch, bent on capturing the kind of raw energy that sometimes gets lost in the studio. I’d say they succeeded.

The album cuts a swathe in your head with 13 tracks of hardcore-infused grind in less than 24 minutes. We’ve got one of them for you here. It will take you less time to hear it once than it will to read these words. But I doubt you’ll be satisfied with hearing it just once.

“Driving Back the Occupier” is a bone-smashing, blood-spraying rampage. It’s damned grim and heavy at first, though even then it’s punctured with bursts of violence, and then it erupts in a spasm of swarming and slashing and a determination to beat the living hell out of the listener. Everything about the track is punishing, including the maniacally violent, teeth-bared, jugular-ripping vocal madness. The words also summon up the sensations of the sound — “hurricane landslide homemade weaponry strike back guerrilla police state overcome homeland taken back”. “Hurricane landslide”, yes it is.

97,901,726 confirmed kills, by the way, is “a figure that seeks to tally the number of deaths – both military and civilian, foreign and domestic – that were caused by all wars America has been involved in”. With all the chest-thumping and sabre-rattling that’s going on in D.C. these days, it’s a tally that’s likely to increase.

Get the album here, where you can also stream another track: