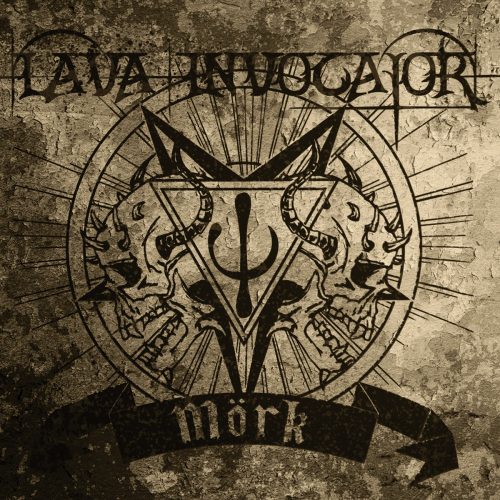 Mörk is the debut album of the Ukrainian black metal duo Lava Invocator. It will be co-released on March 27 by the Russian labels Satanath Records and More Hate Productions. Two songs from the album have premiered previously, and today we bring you a third — a track called “Black Dawn“.

“Mörk” is the Swedish word for “dark” and shares its origins with the English word “murk”. We’re told that Lava Invocator was conceived in the old Swedish town of Lund near Malmö, under the shadow of dark storm clouds passing above the Øresund strait. And “Black Dawn” is itself cloaked in gloom. 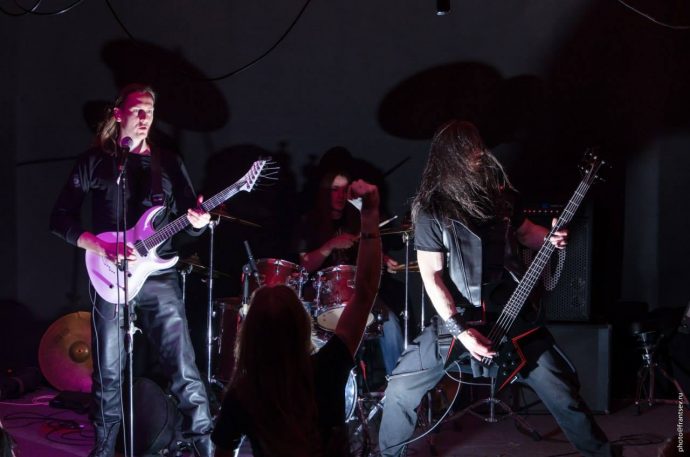 It’s a heavy song in more ways than one, its dominant pacing slow and dirge-like, the chords massive and heaving, the pulse of the bass deep and its voice gravel-throated. And the dominant atmosphere of the melodies is one of bereavement, at least to these ears, with vocals that are a tortured mix of cracked-ice cries, hoarse growls, and somber spoken words.

Yet lightning also pierces the heavy clouds in the music, with bursts of intensity driven by the rapid rumble of the drums and high, vibrating, dual-guitar melodies that increase the heat of the music but without abandoning the aura of sorrow that pervades its atmosphere. 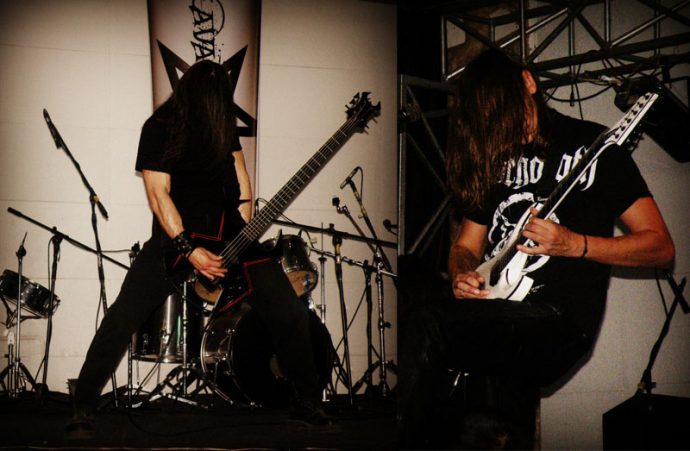 The two other previously released tracks from the album, “Totenkampf” and “Gestapofallos“, are more in keeping with what you might imagine from a band whose name invokes volcanic eruptions. “Totenkampf” begins in a thundering, thrashing rush, full of vibrant, surging energy and nasty, abrasive vocals. But the song again displays the band’s talent for crafting melody, harboring a dual-guitar solo that rings out like a clarion call, turning the music’s atmosphere somber and seductive. “Gestapofallos” is another adrenaline-packed mix of riveting riffs, high-octane drum blasting, transfixing guitar melodies, and scintillating solos.

All three songs are impressive, and very promising signs of quality for this debut album. If you also like what you hear, Mörk is available for pre-order on CD or digitally here: