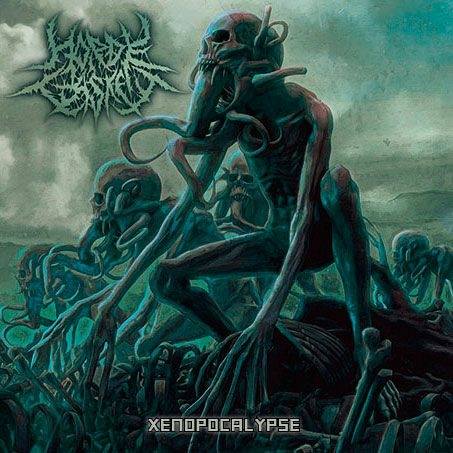 Now more than a decade into their career, Oklahoma City’s Horde Casket are back with their fourth album, Xenopocalypse, which will be released later this year by Sevared Records. What we’ve got for you today is a piece of all-out obliteration from the album called “Uprising“.

There have been changes in the line-up of Horde Casket since their last album, 2015’s Bloodfiends. This time, founding guitarist (and former vocalist) Steve Giddens is joined by Shane Fallon (drums), Micah Smith (vocals), and Justin Perry (bass). They make a fine pack of monsters. 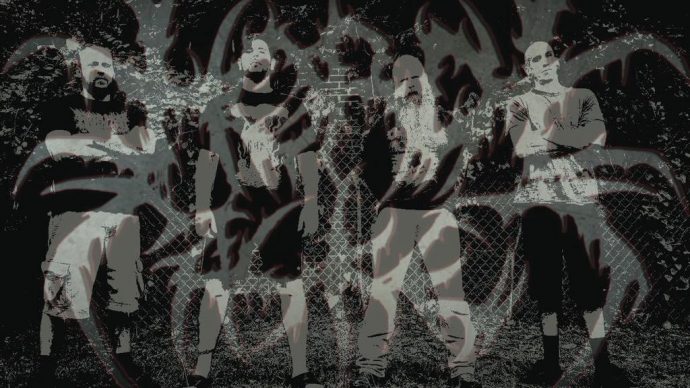 With a roar and the immediate assault of brutal drum artillery and bone-saw riffing, “Uprising” wastes no time doing its level best to dismember its listeners and jackhammer their remains into a fine powder.

The principal pile-driver in the song is a bass that sounds titanic as it pounds away like a mechanized sledgehammer, and the ferocious drum bombardment sounds quite capable of punching holes through concrete slabs all by itself. The riffs bray and whirr with grisly, malicious intent, and the roars, howls, and shrieks of the vocals are downright maniacal (as is the guitar solo that leaps through the speakers like a deranged serpent).

You put all this together, produced in a way that delivers powerhouse sound quality, and the result is savagely brutal death metal with technical flair, both merciless and blood-pumping.

Check out “Uprising” below, as well as one previously released track, “The Plague of Humanity”. And for more info about the release of Xenopaclypse, watch these spaces: