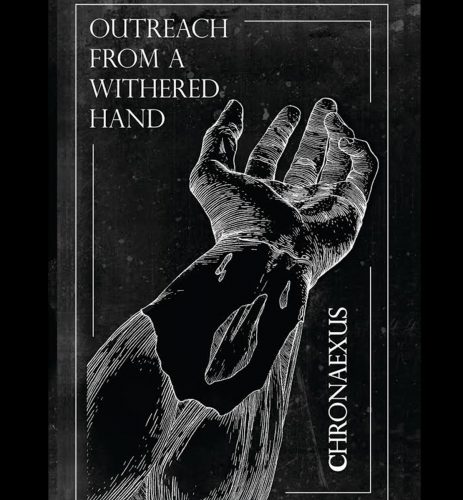 I learned about this first album from my Sacramento-based NCS comrade DGR. Chronaexus is a trio from his stomping grounds, and two of the three — guitarist/vocalist Nick Liuzzi and bassist Bret Tardiff — are also members of the excellent funeral doom band Lycus and the black metal band Minenwerfer, while Liuzzi and drummer Pete Chavez are also participants in the brutal death metal band Slaughterbox. 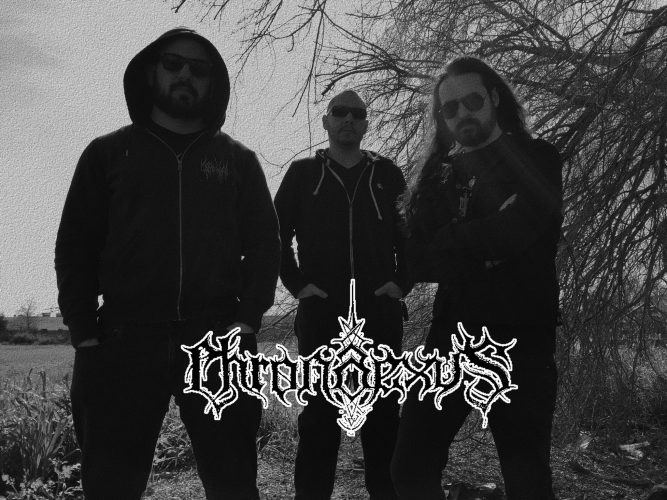 In December of last year Chronaexus released their third album, Outreach From A Withered Hand, through Transylvanian Tapes. The song I recommend as a test of the album is the second track, “Seething Antipathy“.

The reverberating guitar leads in the song give it a spectral quality, but the wraiths that appear in the imagination are more like ring-wraiths that lost haunts. The music is fast and fiery from the start, the vocals flesh-eating in their intense ferocity, the drumming and the riffs in full slash-and-burn mode. When the opening burst of intensity subsides, the song really opens up in a way that’s striking, with a long guitar solo that’s both mesmerizing and scintillating — and haunting. And then Chronaexus turn the flame up again to blood-boiling levels for an intense, and utterly doom-stricken and unearthly, finish.

It’s an electrifying track, as is the album as a whole. 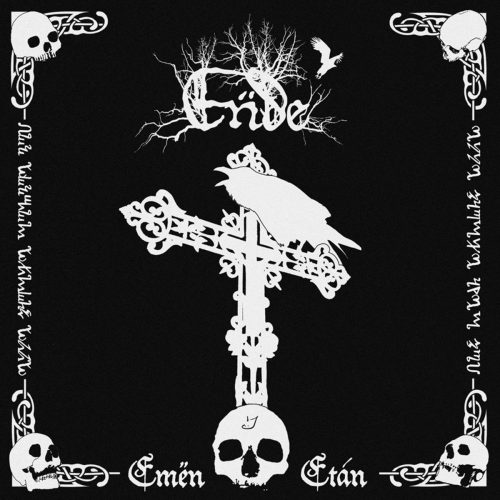 The French duo Ende also recently released their own third album. Entitled Emën Etan, it was issued on March 1 by Obscure Abhorrence Productions and Dread Records. Last fall I wrote about one of their excellent contributions to a split release (Le puits des morts) with the Quebec band Sorcier Des Glaces.

I’ve gotten completely stuck on this new album’s fourth track, “Das Hexenhaus“, which is the song that’s set to play first on the album’s Bandcamp page. It opens with an ominous organ intro, and then follows a stately processional pace accompanied by wrenching vocal torture. But the 1:13 mark is where the song really seized my attention, with a melodic hook that’s immediately memorable.

Soon enough the pace changes, turning first to a warlike gallop and then to a swinging mid-paced rhythm, and the dynamism of the music is very appealing. But it’s the dramatic, emotionally intense melodies that continue to be the song’s true strength. The forlorn flute outro, over the cawing of crows and the sound of flowing water, is a nice touch as well.

This whole album is excellent, and I hope you won’t stop with “Das Hexenhaus”. 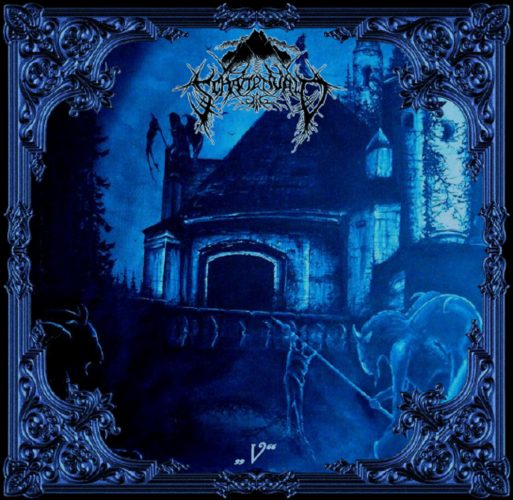 As far as I can tell, we’ve never previously written about the German black metal band Schattenvald, despite the fact that its origins go back to the late ’90s and the discography includes five full-lengths and numerous other releases. The band is the creation of multi-instrumentalist Nachsturm and also now includes vocalist Iskharian.

The fifth album is called V, and it was released on January 21. The Bandcamp page describes it as “a concept album based around the sagas of our homeland”. The first track on the album, “G’spenster geh’n am Bergfried um“, got its hooks in my head from the first listen.

The high, flickering guitar melody that appears almost immediately is absolutely grand, giving the song an air of heart-swelling majesty. The track as a whole merits the term “epic”, with sweeping keyboard music and crystalline tones, barbarous thundering and frenzied slashing, soaring clean vocals and searing snarls, and folk-influenced melodies (both defiant and melancholy) lifting the song out of the modern world and into the realm of mythic sagas. 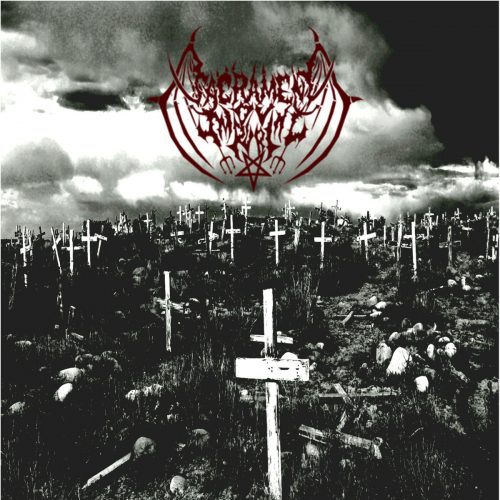 Home base for Sacrament Ov Impurity is Mt. Vernon, Washington, in the beautiful Skagit Valley north of Seattle. I’ve written about the band at our site in the past, and am happy to report that in mid-February they released their fourth album, The Purest of Sins.

The song I’m focusing on here is the album opener and longest track, “An Apparition of Bygone Lament”. As the title suggests, the song’s transfixing opening guitar melody has the air of a lament, heart-broken but enthralling. Without losing the thread of the melody, the song becomes more intense as the harsh, strangled vocal abrasion and a sequence of animated drum progressions join in.

The song continues to build in dramatic power and ferocity, but returns again and again to that heart-aching core of melody, sinking it ever more deeply into the listener’s mind — just as the acrobatic drumwork continues to keep the adrenaline flowing, right up until the slow, dismal agony of the song’s final segment.

Like the other albums in this collection, no one song is representative of everything else you’ll encounter — as you’ll discover soon when you come to the second track on this album.

The Purest of Sins is available now in digital form at Bandcamp, but will be available in CD and tape editions in March. For ordering info, visit the band’s Facebook page (linked below). 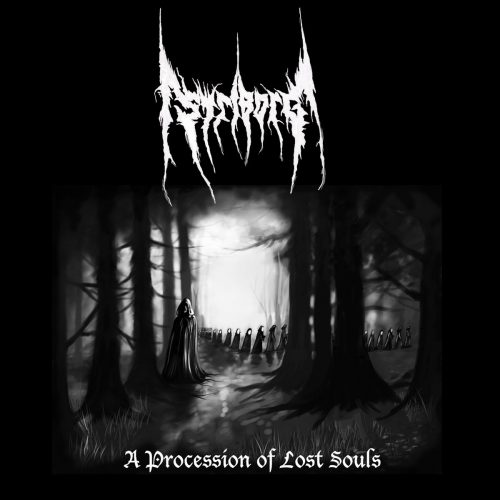 To close Part 1 of today’s SHADES OF BLACK, I’d like to recommend the new album by the Australian one-man band Striborg. Like Schattenvald, this is a project we’ve never mentioned before at this site despite the existence of an extensive discography going back to the late ’90s. Actually, “extensive” is an understatement; Metal-Archives lists 15 albums since 2004. The most recent of those is A Procession of Lost Souls, which was released on March 1 by Razed Soul Productions.

The title track opens the album, and at nearly 11 minutes it’s the longest of the six songs. The deep hum in the song’s undercurrent and the slow flow of the bleak, scratchy melody, which repeats over and over again, casts a long spell. The melody changes, moving through different repeating sequences, augmented by ghostly emanations of ambient sound,  but it’s an unrelentingly bleak journey.

Even when the drums and acid-bath vocals make their first appearance at about the 4:00 mark, interrupting the spell, the atmosphere remains dark as night, just growing more anguished and unsettling. The song’s title is an apt one — in this song, you’re in the company of apparitions who have no way home.