(The half-witted editor of this site asked NCS scribe Andy Synn to introduce our premiere of the first single from the new album by one of our putrid site’s favorite bands, The Monolith Deathcult. Through a combination of bribery and intimidation, he agreed. And actually, this isn’t really the full song as it will appear on the album, but it’s enough.)

The Monolith Deathcult are a band who need no introduction.

So… that’s my work here done then, right?

Fine, if I have to write something more, I will do. But I am hereby registering my protest against this inhumane treatment. 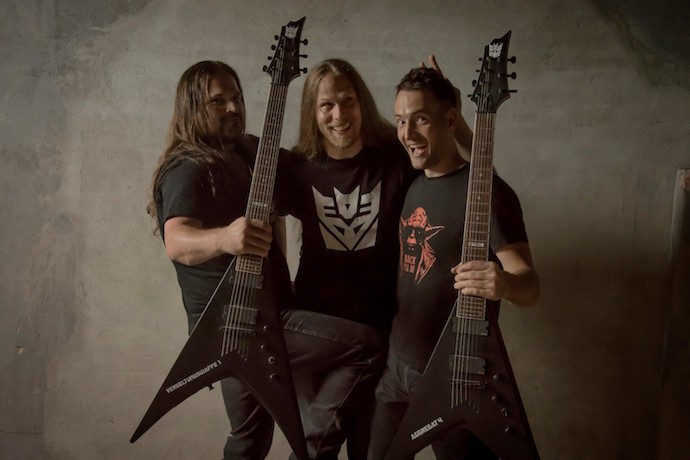 Regular readers of our site will know, of course, how much we here at NCS love these Dutch deviants, particularly their stunning 2008 album Trivmvirate and 2013’s extravagant, everything-plus-the-kitchen-sink-oh-and-how-about-a-few-grenades-too Tetragrammaton.

Don’t get me wrong, The Apotheosis and The White Crematorium aren’t too shabby either, but when it comes to massively OTT, ferociously flamboyant sonic lunacy, nobody does it better than The Monolith Deathcult.

The band’s new album Versus, however (the first in a triptych of releases which will, ultimately, comprise a triple-album spread across both time and space) does things a little differently.

Oh, it’s still incredibly over-the-top and bursting with weird, wacky, and wilfully unconventional touches, as well as more riffs, blastbeats, and chest-bursting vocals than you could shake a stick at, but it’s also an oddly more immediate and instantly infectious album than either of its predecessors.

I’m not going to say anything more than that about it, as I’ll doubtless be giving the whole thing a thorough run-down sometime next month in advance of its release, and don’t want to shoot my metaphorical load too early, but I will go into a little more detail about the album’s putative first “single”, which you can hear below. 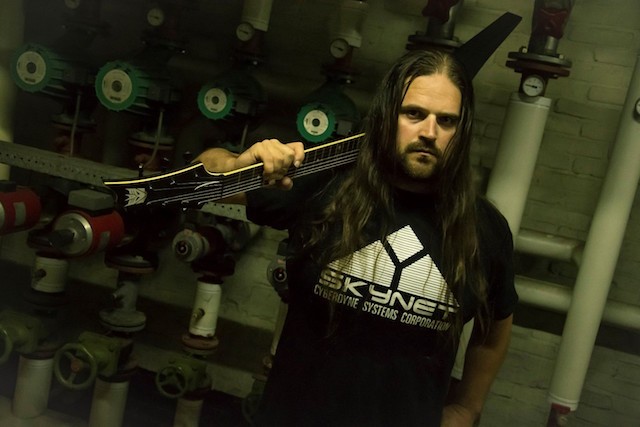 With lyrics which focus on the atrocities committed by the Red Army under Stalin during WW2, “This Inhuman Place Makes Human Monsters” is another stunning slab of of TMDC’s signature audio terrorism, built around an adamantine core of humongous, bone-grinding riffs and heaving, chugging grooves, and permeated by a bleak and foreboding undercurrent of ominous orchestration.

The energy of the track is striking, and its heaviness almost physically palpable, while the twin-headed vocal delivery of Robin Kok (brutish, authoritative growls) and Michiel Dekker (harsh, sneering howls) continues to reap deliciously dark dividends for the band. 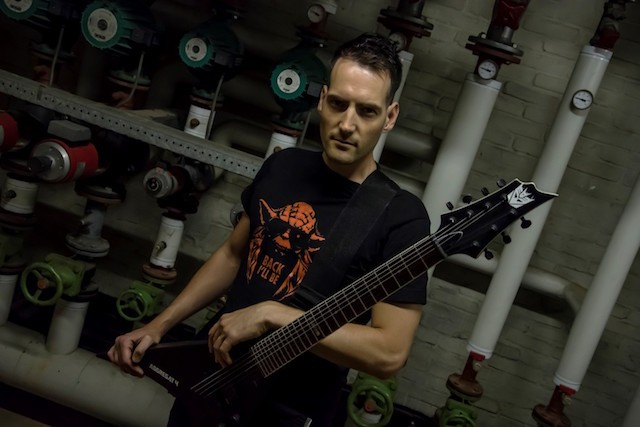 Extra credit though must go to the band’s resident synth-maestro Carsten Altena, who has now also stepped up to handle co-guitarist duties alongside Dekker, and who (in the extended album version of the song at least) delivers some unexpectedly shreddy lead work to complement his usual plethora of synthetic symphonics. 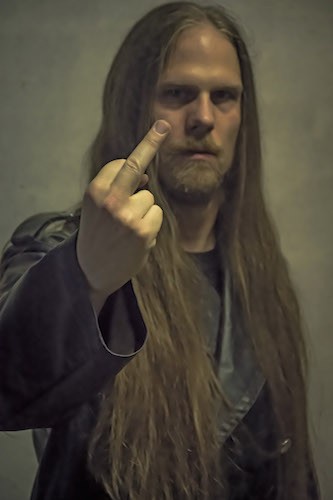 I’ll leave you with this thought. If you’ve loved what The Monolith Deathcult have done previously, then you’re definitely going to love this. And, if you haven’t experienced the glory of the deathcult before now… well, your life is an empty husk and everything you know and believe has been meaningless up until this point.

Versus will be released by Hammerheart Records. More details regarding the release will be forthcoming, of course. Following TMDC and Hammerheart on FB is one way to stay on top of developments: