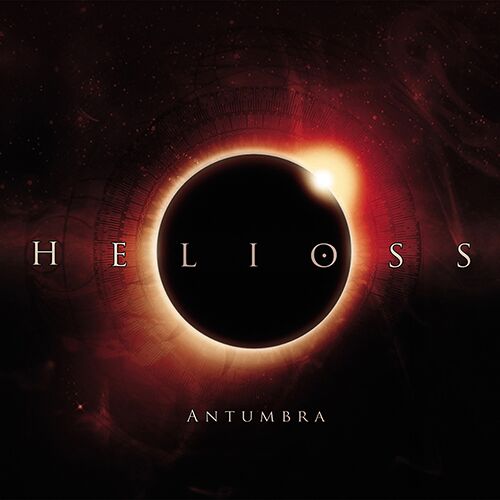 On March 24, Apathia Records will release Antumbra, the third album of the French duo Helioss. Apathia recommends the album for fans of Dimmu Borgir, Mirrorthrone, Fleshgod Apocalypse, Carach Angren, and Anorexia Nervosa. If you have trouble wrapping your mind around that collection of references as a clue to the music, we have a more tangible clue, a premiere stream of an album track named “Dernière Nuit“.

This new song, like the music on Antumbra as a whole, blends together elements from different metal (and non-metal) traditions, and does it in a way that produces music that’s both hard-hitting and ethereal, ferocious and panoramic. 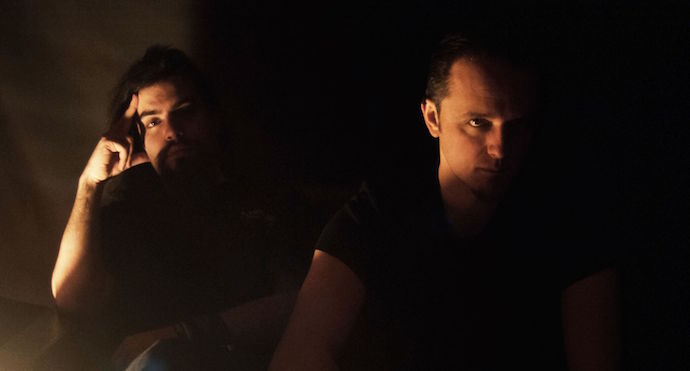 The duet of acoustic and electric guitar that begins the song traces a pensive, glimmering melody, with a sound above it that brings to mind the voices of an angelic choir. And although that sound doesn’t completely disappear, the song becomes dramatically heavier as Helioss move between head-jolting, pile-driving riffs and rhythms (with deep, bestial growls) and eruptions of blasting drumwork and incinerating shrieks. In the midst of these altering states of savagery, the band add a further dynamic with a fluid, flickering, swirling guitar solo.

Unlike some bands that add symphonic elements to increase the bombast and grandiosity of their music, the layering of those elements here provides a contrast — a more unearthly, incorporeal, and dreamlike sensation to accompany the bludgeoning and the ripping of the song’s death metal and black metal ingredients.

Antumbra, which includes 11 tracks, was mixed and mastered by Frederic Gervais at Henosis Studios. The cover art was created by Nicolas Muller. To order the album in a three-panel digipack edition, go here:

Along with our premiere of “Dernière Nuit” we’re also including a stream of the previously released songs “Santhara” and “The Ninth Hour”.