(The MadIsraeli reviews the new album by Warbringer, which will be released on March 31 by Napalm Records.)

Warbringer are a band who up to now never quite hooked me. They’re no doubt talented, and they are definitely in the upper echelon of the old school thrash revival. I should’ve liked these guys more. They were essentially more aggressive Twisted Into Form Forbidden, but I always felt they played it too safe, enough so that it kept me from being enthralled by their music. Having said that, I’ve always been willing to give the newest Warbringer album a listen when one comes out, because I WANT to like these guys more than I have.

The main thing that really makes these re-thrash bands any good is when they know how to blend the old school with modernity, and in the past Warbringer were too busy living in the past and imitating it rather than emboldening it with a new-school spirit. That is, until Woe To The Vanquished. 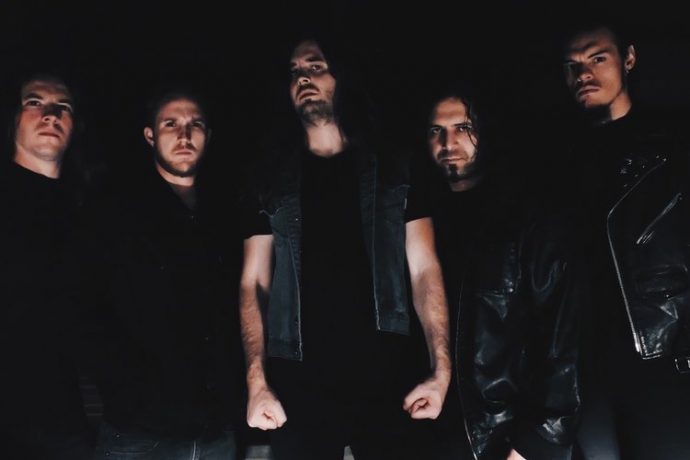 Woe To The Vanquished is the third in a smattering of thrash releases in this first quarter that are looking to really redeem thrash metal’s place in 2017, which as a sub-genre had a pretty poor run last year. Between Brokenhead’s debut EP A Prompt And Utter Destruction (which I reviewed here) and Havok’s more-or-less just-released Conformicide (another killer album that’s getting reviewed), and the subject of this review, things are boding well for thrash metal this year, and that makes me excited. For someone who lives off of riff porn and sonic piss and vinegar I NEED good thrash metal. Nothing else is like it.

Warbringer have really, really stepped up their game this time around. While this band has undeniably always had good riffing talent, it’s the stylistic exploration on this record that really sells it. While it certainly dabbles in the technical and progressive thrash leanings of Annihilator, Coroner, Forbidden, and the like, the band explore melodic death metal, death thrash, black metal — and do it all with a convincing cohesive unity. I feel like this band have FINALLY found their sound, the band’s dedication to edging more and more outside their old school confines has finally become manifest in this record.

But it isn’t only that which makes the album a stand-out, it’s the fact that this version of Warbringer is more raw, more pissed, and more viciously ambitious in musical scope. Opener “Silhouettes” crashes right out of the gate with sharp, Jeff Waters-school riffing with frantic tempo changes and a sick thrash breakdown (and I haven’t heard a good one of those in a while).

The virtuosity has also been stepped-up a fuck ton thanks in part to ex-drummer and now guitarist Adam Carrol, whose solos on this album rival the sort of shred majesty that greats like Alex Skolnick or Jeff Waters have indulged in. This is a mark of a metal band’s evolution to its best — when you become heavier, AND more progressive, AND more diverse at the same time. There’s zero compromise. Your sound just expands.

Melodic death metal barn-burners like the title track or “Divinity Of Flesh” are refreshing adrenaline rushes, while more traditional gritted-teeth thrash numbers like “Remain Violent” and “Shellfire”, with the more death-thrash-leaning “Descending Blade”, show the band improving and expanding on their thrash roots.

The two best songs on this record, though, are the blackened ones, believe it or not. “Spectral Asylum” and eleven-minute closing epic “When The Guns Fell Silent” are pretty good evidence that maybe Warbringer should go the way of a blackened direction almost entirely. Really impressive.

Woe To The Vanquished is definitely an essential album of this year, and especially an essential thrash metal album, though calling it that may no longer capture the band’s impressively expanded range.

2 Responses to “WARBRINGER: “WOE TO THE VANQUISHED””