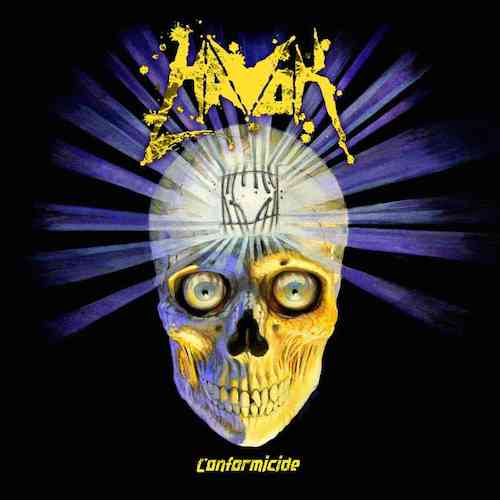 (TheMadIsraeli reviews the new fourth album by Colorado’s Havok, which was released by Century Media earlier this month.)

I LOOOOOOOOOOOVE Havok. These guys are the quintessential example of what an excellent re-thrash band sounds like. Old school energy and attitude, but new school song-writing, technicality, and slight tinges of hybridization with other borrowed styles.

Thus far, Havok’s got what I call a pretty flawless discography. The EPs, while underdeveloped, were great; Time Is Up was the best thrash album of its year; and the band’s last release Unnatural Selection was definitely up there in its year, too.

It’s been four years since Havok released anything, marking the first time the band have gone more than two years between major releases since their inception. While they’ve certainly been gaining recognition (rightfully so) and touring like fucking madmen, the band have clearly been working on their sound, and where to go from here. 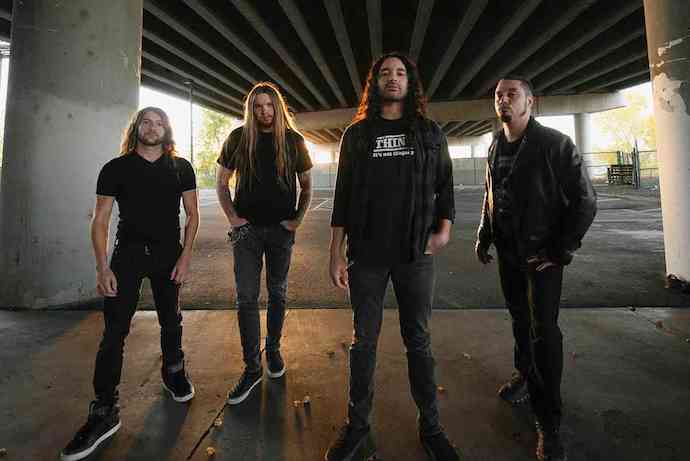 Conformicide is undeniably the band’s best album, and it’s also the most uncomfortable and unorthodox by a long shot. It sounds like Havok took a step back and gave a long, hard look at the more eccentric and progressive anomalies of thrash that could still hang on to thrash metal’s aggression and attitude.

Progressive thrash has always been a tricky subject to me, because I’ve always doubted that thrash could be thrash and also progressive. It’s hard to meet the prog criteria while maintaining the aggression and energy that is the essence of the style. As a result, I’ve felt a prog-lite approach has always been best when we’re talking about thrash. Havok seem to share that perspective, because Conformicide is progressive, but in small, profound moments that have proper impact; it’s still the band’s signature hellfire blazing adrenaline rush that they’ve become known for. 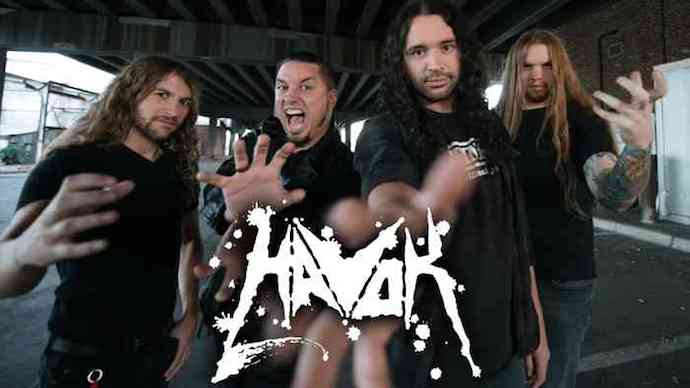 And so Conformicide is Havok, but it’s Havok seen through the lense of Infectious Grooves, Anacrusis, Watchtower, and even the super-early Megadeth days. While “Hang ‘Em High’ is classic Havok with flighty yet punchy riffs and infectious hooks, it’s hard to ignore the long-form ambitious stomp of “Ingsoc” or the tempo-dynamic and oddly bass-intensive opener “F.P.C”. They’ve collectively shown an immense maturation in song-writing and sonic drama.

I can give myself all the whiplash I could ask for from “Intention To Deceive”, with its sharp, sewing-needle-through-the-brain main riff and the badass-as-fuck Sepultura-style speed burst in the song’s mid-section, but I’m also reminded of the ways in which thrash can be grandiose by “Masterplan”, with its apocalyptic gallop and long, scenery-establishing intro. It explores a lot of territory in a thrash context, much more than I think we’re all used to hearing nowadays, especially done with this level of proficiency.

The album is great, but it’s for sure an exhausting listen. It’s one of the best albums of the year, and I commend Havok for making it. Now, perhaps paradoxically, I’d kinda like to see them go even more progressive and find out how far they can push themselves.