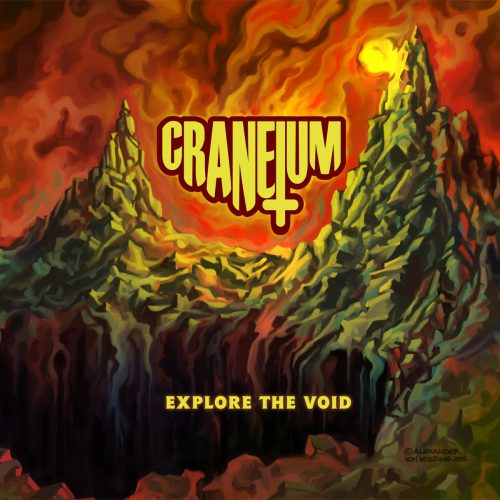 I’m in a jam again. This was a busy week for me at my fucking day job, and I had a bunch of personal stuff to deal with that was unrelated to NCS, so I didn’t have time to post any round-ups of new music on top of the other things I did write and edit. I didn’t even have time to make my all of the usual daily forays through our clogged in-box or pay close attention to the music that friends and bands were posting on Facebook.

Even so, when I started listening to new things last night I had a large list of songs to check out. I liked more of those than I’ve got time to write about now. I picked the following five because they make a diverse playlist (and because they’re really good, of course).

I’m beginning with a track that absolutely floored me when I heard it, and it has continued to floor me every time I listen to it again. It’s the final song on an album named Explore the Void by the Finnish band Craneium.

The album was first released digitally in October 2015, and then California’s Ripple Music gave it a physical release in December 2016 (it’s available on vinyl and CD at Ripple’s web-shop HERE or at Craneium’s Bandcamp page HERE.)

Craneium describe themselves as a “stoner/desert/fuzz rock band”, but that label really doesn’t do justice to the music — and I say that as someone who is usually skeptical when I see the words “stoner/desert/fuzz”. It’s not that I dislike the style (though my tastes do tend to run in more extreme directions), it’s that I never expect to be surprised. But “Ceasing To Exist” is a big surprise.

The clean guitar melody that begins the song is immediately captivating, and it never loses its attraction as it continues to run through the song — but more attractions lie ahead, including the absolutely crushing weight that comes down around it when the rest of the band enter the picture in full force.

The music ebbs and flows, turning bright and sparkling in the interplay of guitars one minute, and then earth-shaking and apocalyptic the next. The vocals (which are clean, vibrant, and dynamic) are powerful, as are the lyrics, and the extended guitar solo that surfaces in the song’s back half is wonderful.  And as icing on this very tasty cake, the song ends with an instrumental outro that’s a brilliant surprise, elaborating the song’s core melody through an array of acoustic instruments, including the soulful resonation of something that sounds like a Dobro guitar. 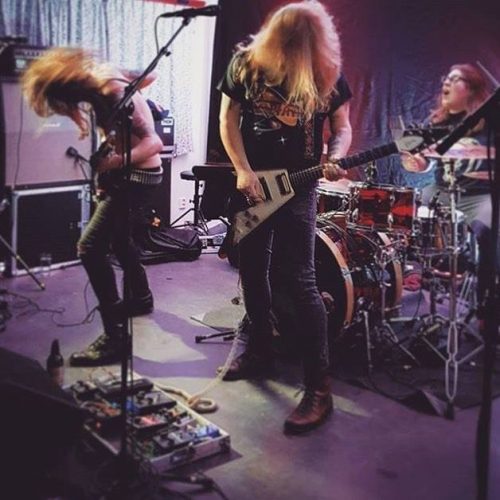 I liked the song so much that I contacted the band and asked about it — and got a more extensive response from guitarist Andreas than I was expecting:

The song ”Ceasing To Exist” is the last one on the record and we feel it ends our first full-length album perfectly, not only because of the title but also the music, the feel, and the way it fades away during the last 20 seconds. We think this is the song that captures the sound of Craneium the best, the ebb and flow, the light and dark, the clean and fuzzy, in a constant movement back and forth.

The song was actually written back in 2011 and sounded quite different back then, only the melody was the same. We had just formed the band in November of 2011 and I (guitarist Andreas) had just started to get into the fuzz/stoner-rock music and the scene overall. I played guitar at home one day and that melody just came to me. We then tried to stitch together a song based around that melody the next time we practised.

An instrumental song was formed around the melody and it was played at our first gig,. We didnt feel like it was quite there yet, but people were humming on that melody after the show so we knew we had to go back to the workshop and complete it. We put the song back on the shelf where it stayed until 2013, as we had kinda forgotten about it, when guitarist Martin came back and had a clean verse and lyrics for it. We took it from there and played the song live until we felt it was complete.

We then recorded the song plus 8 other tunes we had been working on and playing live during the period from 2011 to 2014. The outro was something that was added in the end of the recording sessions. All the songs were recorded and we were moving on to laying down the vocals. As we already felt it should be the last song on the record, we felt that there where still something missing.

I played around with the melody on my resonator guitar at home just noodling along the lines of the melody and it suddenly hit me that we should do an acoustic outro to the song. We then recorded the outro and kept adding stuff at the same time; slide guitar, doubling the melody, more slide, a violin bow was used to make sort of cello sound too, and so on.

In the end we think it turned out really good and it is the perfect way to end the song and record. But what brought it all together was drummer Joel and original bass-player Axel’s feel for dynamics, Martin’s idea for clean verse, and phenomenal lyrics; I just supplied a simple melody. What I think is the best about this band is that all the tunes are a shared effort in songwriting and trying things back and forth until we’re happy with it.

If the rest of Explore the Void displays the kind of musicianship, creativity, and songwriting talent that “Ceasing To Exist” reveals, it will be a great new discovery. I damn sure intend to find out — as soon as I can wean myself from “Ceasing To Exist“. 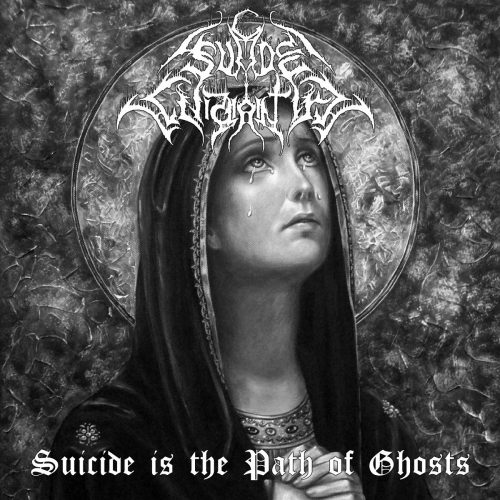 I listened to this next song right after my first encounter with that Craneium track, and it seemed to fit the flow really well, almost as if someone had already made the playlist in my brain before I discovered it.

Of course, I had about 4 scotches in me when that happened, in celebration of Wretched Immigrants Day, but even in the sober light of morning, the somber, echoing guitar notes at the song’s beginning seem to fit very well with how the Craneium track ends — though it soon transforms into something quite different.

Whether it flows well from the last song or not, “Vortex of Suffering” is one hell of a powerhouse assault. It’s the first track to be released for streaming from an album by Suicide Wraith named Suicide Is the Path of Ghosts, which is set for release by London’s Blackened Death Records on April 7. Suicide Wraith is itself a London-based project, the work of a solo artist named Wraith, and this is Suicide Wraith’s debut album.

For all the obvious reasons, I was expecting depressive suicidal black metal, and while the melodic elements of the song are undeniably dark, the music is explosive. The militaristic drum attack is absolutely riveting, as are the vocals, which are cold, bestial, and frightening. The whipping torrent of bleak, abrasive riffs is broken by head-hammering grooves, ominous, haunting interludes, wraithlike soloing, and a vibrating lead-guitar melody that burns with penetrating energy. Really excellent. 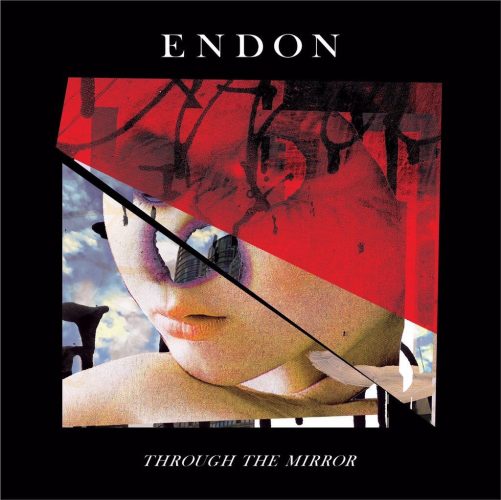 I’m very late in encountering Endon’s “Your Ghost Is Dead“. The video for the song was released early this month but I overlooked it until receiving a link from starkweather, who observed that “the racket they make is unreal”. That’s for damned sure.

The song is off an album named Through the Mirror, which was released on March 8 by Daymare Recordings (a vinyl edition is expected from Hydra Head Records in June, and Sige plans to release it on tape during the same month). The album was recorded and mixed by Kurt Ballou at God City in Salem, Mass.

For a band whose name is associated with harsh noise and abrasive dissonance (vocalist Taichi has called the music “catastrophic noise metal”), “Your Ghost Is Dead” includes a ringing guitar melody that’s very attractive, as well as grooves that get a hard grip on your pulse. But the song really is insane in its variations and in the masterful way they’re all integrated.

Depending on where you are in the song, it can also become a roaring howling, hurricane of sound, made all the more harrowing by Taichi’s maniacal shrieking… or a methodical pile-driver… or a turbocharged, racing gallop… or a bounding, punk-edged romp. Taichi’s voice is just as much of a chameleon of sound, rarely staying in one character for very long. The whole thing is absolutely electrifying.

The video is a trip to watch, too. 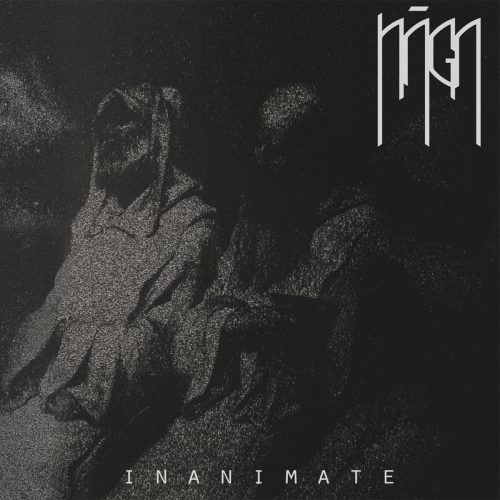 Now I’ll take things in a different direction — a direction that’s less frenzied and insane, and instead more crushing and oppressive.

The next song is a track named “Worm” by the Italian sludge/doom band Naga from the reissue edition of their 2016 album Inanimate. The album previously appeared only as a limited vinyl release, but it’s now coming out on March 25 on CD (remastered for the CD format) by Everlasting Spew Records — and “Worm” is a new track that didn’t appear on the vinyl release.

There’s massive weight in the song’s low end, and a contrasting ghostliness in the lead-guitar melody. The immense, burly riffs and titanic drum-and-bass grooves are mountainous enough to vibrate your entire skeletal structure, while the level of delirium expressed in the harsh vocals is shivering in its intensity. A relentlessly bruising piece of bleakness to be sure, but a melodically memorable one as well. 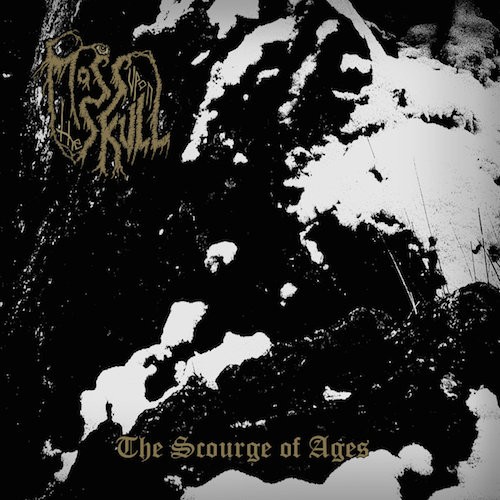 MOSS UPON THE SKULL

And for the final item in this playlist I’m changing directions again (I did promise there would be variety). This is a full stream of a debut EP named The Scourge of Ages by the Belgian death metal band Moss Upon the Skull.

The Scourge of Ages was originally self-released digitally last year, but the Dutch underground label Dawnbreed Records has just released it in a very attractive vinyl edition… as you can see: 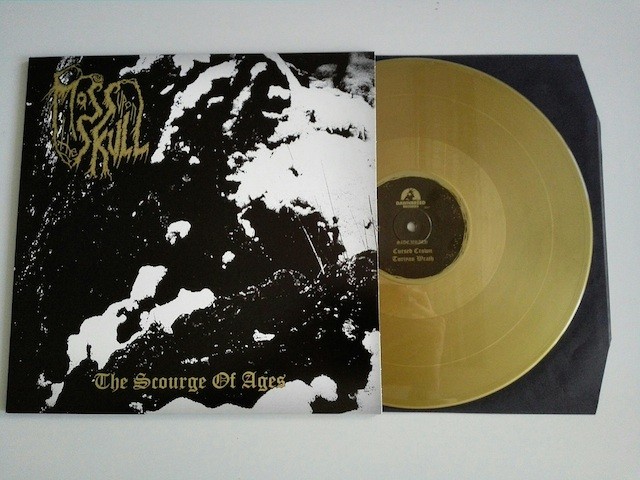 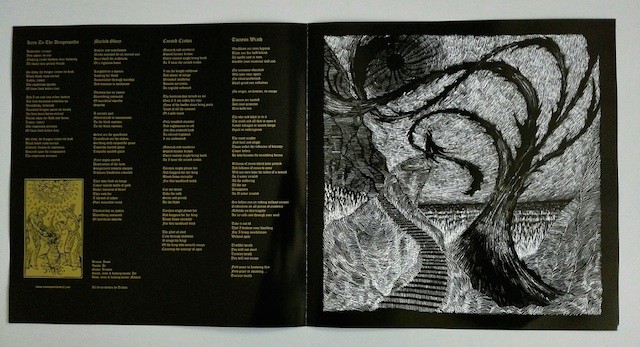 A CD edition will be released in the next week or two that also includes the band’s two-song 7″ release from 2014, Imperial Summoning.

The vocalist’s ravenous, gravel-throated roars do anchor the music in death metal territory, and the punishment meted out by the drummer and the bassist is skull-cracking, but the music has pronounced progressive inclinations as well. The songs are fascinating, constantly morphing in pace and emotional moods without losing the melodic threads that tie each song together, and instrumentally adventurous.

“Keys To the Dragonpaths” is gloomy, hallucinatory, and mainly mid-paced in its tempo, while “Morbid Glory” is a surging, somersaulting, kaleidoscopic burst of energy that will send your mind on a twisting, turning roller-coaster ride.

“Cursed Crown” and “Turiyan Wrath” stay mainly in high gear, but both songs take a number of head-spinning digressions laced with dissonance and more jaw-dropping instrumental acrobatics, and even include soaring clean vocal melodies to go along with all the ingenious bass-and-drum interplay and eye-popping fretwork.

Hugely impressive… and why the hell didn’t I already know about this?

P.S. Moss Upon the Skull will be playing a show with Blood Incantation and Cruciamentum on Monday (March 20) in Antwerp, Belgium (details HERE).

Moss Upon the Skull:
https://www.facebook.com/mossupontheskull/

2 Responses to “SEEN AND HEARD ON A SATURDAY: CRANEIUM, SUICIDE WRAITH, ENDON, NAGA, MOSS UPON THE SKULL”