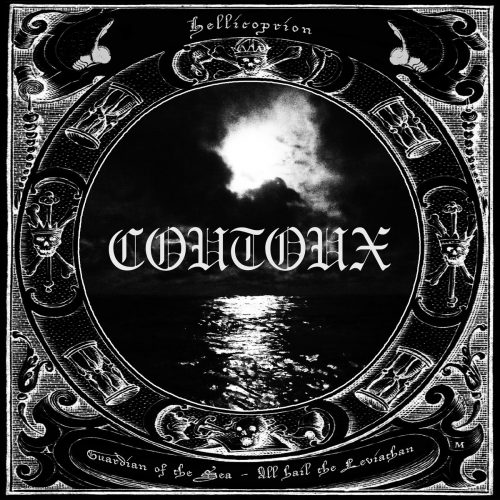 If you are a fan of dark and danceable EBM, you may know the name Coutoux. I know less about that genre than I did about the helicoprion, which was nothing at all before embarking on this premiere. But if you are familiar with Coutoux’s previous recordings, you should probably just put them out of your mind, because the song you’re about to hear and the album from which it comes are different beasts.

Coutoux is the solo project of Mathias Eugène Pierre Coutoux, originally from Saint Raphaël, France. His first metal album is Hellicoprion, and it will be released by by KILL ALL MUSIC on March 31. The song you’re about to hear is “Six Gills“. 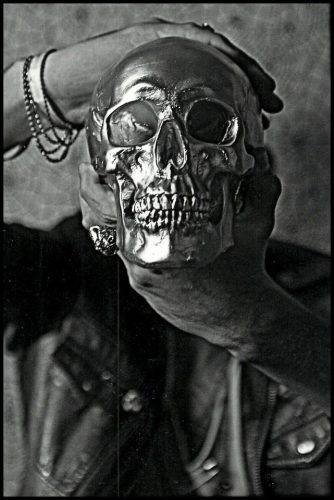 Hellicoprion is a concept album based on an ancient, giant shark called the helicoprion, which became extinct approximately 250 million years ago. According to The Font of All Human Knowledge, the fossil record indicates that the teeth in its lower jaw were arranged in a “tooth whorl”, “strongly reminiscent of a circular saw”, which sounds ghastly. According to Coutoux:

“The material and theme speaks on how us humans have destroyed our oceans and much of the earth’s natural beauty; thus having the true natives of this planet taking back what they own. Hellicoprion stems from my misunderstanding of humanity and my inner rage towards those who take it for granted.”

The first half of this track has a quasi-industrial quality, its drive provided by a thundering, hammering, compulsive low-end rhythm and the metronomic crack of a snare tone. A haze of abrasion coats the sound, and eerie tendrils of faint melody swirl and flicker, more unsettling than something you’d want to hang on to. But the shrieking voice you hear over that deep drive has the spotlight — because it’s so incinerating, so excruciating, so on the brink of tearing itself apart.

At the halfway point, the song transforms. The propulsion stops, the voice is silenced, and a slow, panoramic, ethereal melody begins casting a dark spell. When the drums return, along with that unnerving voice, the music becomes shadowed in gloom, ultimately devolving into the hum and scratch and wriggling of electronic noise.

There may be a name for this kind of music, this hellish amalgam of black metal, darkwave, doom, noise, and… I don’t know what else… or maybe a name must be invented. Or I could just call it enthralling.

To pre-order Hellicoprion on cassette or digitally, visit this location: