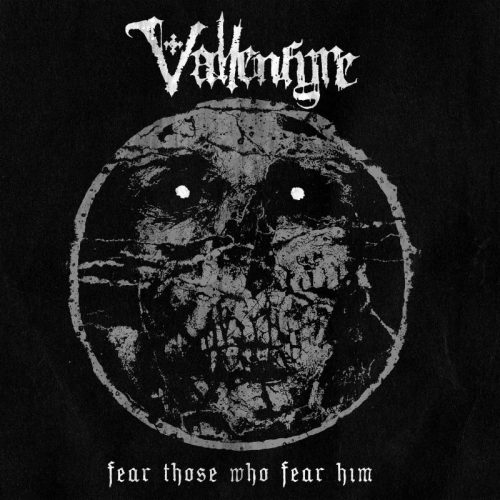 On Monday, Century Media announced that it will release a new album by Vallenfyre on June 2nd. The name of the album is Fear Those Who Fear Him.

There have been line-up changes since the band’s last album, Splinters, which was released in 2014. Gregor Mackintosh (vocals, guitar) and Hamish Glencross (guitar, bass) are now joined by drummer Waltteri Väyrynen. I thoroughly enjoyed this statement from Mackintosh accompanying the announcement:

“Most bands refine their sound over the first 2 or 3 albums. Becoming more technically adept and honing their craft. VALLENFYRE have done almost exactly the opposite. We have devolved, made things simpler and crush most of the melody under swathes of rotting noise. From A Fragile King to Splinters and now to Fear Those Who Fear Him, we have become more savage, more raw and less compromising!”

The cover artwork for the new album was created by Hal Rotter and it was produced by Kurt Ballou. Here’s the track list, which I found intriguing because of the song lengths: 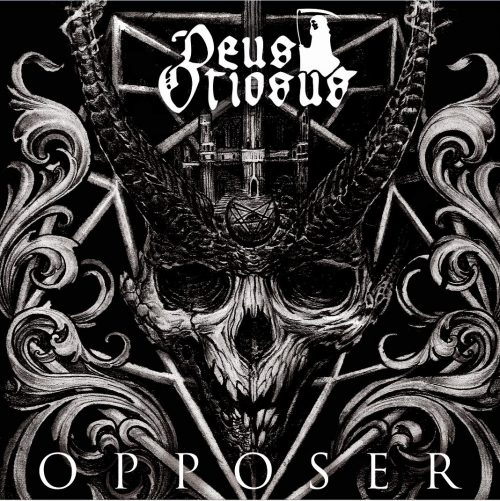 I’ve been following the Danish band Deus Otiosus since 2011, when I first discovered (and wrote about) their 2010 debut album Murderer. Since then the band have released two more albums, 2012’s Godless and 2014’s Rise, and a 2015 EP named Sis Mortuus Mondo.

Deus Otiosus now have a fourth album coming our way, the name of which is Opposer. I’ve previously written about one song from the album, “Disturbing the Dead” (included below), and the next song in this collection is a second one named “Kneel“.

“Kneel” has a cold, grim, poisonous beginning, and then Deus Otiosus launch their death/thrash attack. It’s poisonous, too, but will jam the electrodes in your neck and crank the juice way up. The vocals are so vividly and gruesomely bestial that they’ll light you up all by themselves, and the song includes delicious soloing as well as blood-rushing riffs and drum rhythms.

Opposer will be released on April 30 by the French label Great Dane Records, with distribution by Season of Mist. Danish artist Claude Wit created the cover artwork. Here’s the track list: 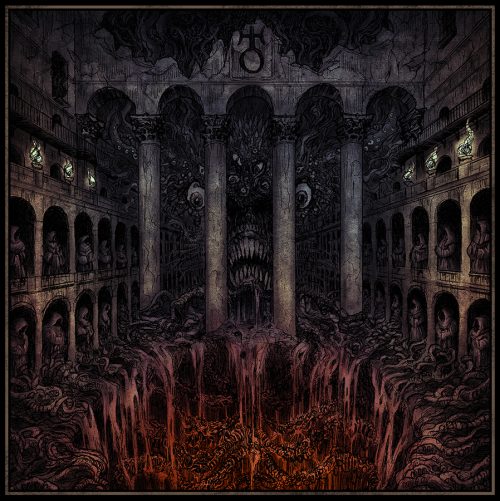 Now I’ll turn to new discoveries and first appearances at NCS, beginning with an advance track from the debut EP of a a band named Loathfinder. Entitled The Great Tired Ones, it’s coming in April on CD via Godz Ov War Productions. The fantastic cover art was created by Robert A. von Ritter (Outre, Diabolizer, Witchmaster).

I’ve done a moderate amount of searching and can’t find any details about the band, including where they’re located (if you know, leave a comment). But I sure do like this song “Genetic Gloom“, which opens the EP. It’s a morbid, mid-paced crusher whose titanic, groaning central riff gets stuck in the head damned fast. And without losing much of the music’s oppressive atmosphere, the exotic, serpentine melody in the music and a melancholy guitar interlude add different dimensions to the song. The vocals are also stunningly expressive (and staggeringly savage). Very impressive….

Tracklist:
I. Genetic Gloom
II. Feast on my Entrails
III. Scents of Regression
IV. The Great Tired Ones 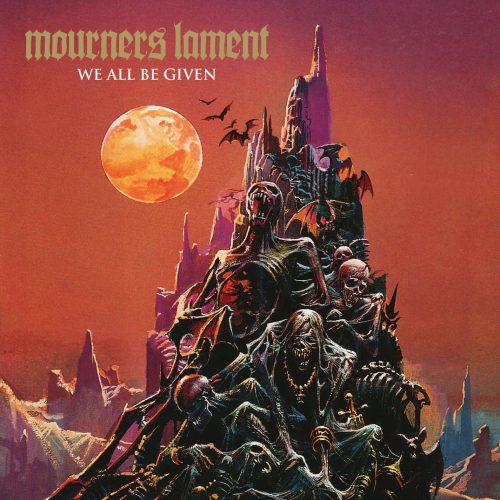 I took a turn in a doomy direction with that last song, and will stay on course with this next one.

We All Be Given is the name of the 2016 debut album by the Chilean band Mourners Lament. I didn’t know about the album last year, but I know about it now because it’s being re-issued by Hammerheart Records on April 20. The cover art is by Bruce Pennington (Temple Of Void, Solstice, etc.).

The track below, which appeared recently on YouTube, is “As Solemn Pain Profaned“. Judging by this song, Mourners Lament have mastered the old school sound of such bands as Anathema, Paradise Lost, and My Dying Bride, but a powerful production job and an authentic, calamitous spirit should make fans of those bands embrace this like a long-lost friend.

The song is an earth-quaker in its heaviness, and the cavernous harsh vocals are chilling. Cold tears seep from the melody, but it’s beguiling in its grief, especially when the intensity mounts beginning with the lead guitar around the four-minute mark. 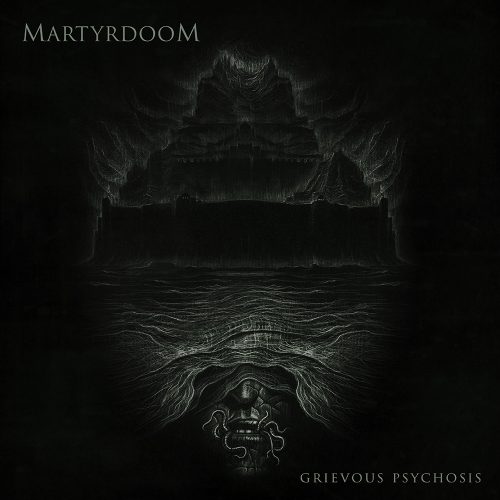 Memento Mori will inflict Grievous Psychosis on all of us come April 24th. That’s the name of the debut album by Poland’s Martyrdoom. The track below, “Bloody Incarnations“, had its premiere at Metal Injection on Monday (introduced by our own Austin Weber).

There’s more than a little doom in this next song, too, but it’s also frightening in its rapacity. The band not only inflict a plague-ridden stomp riddled with ghastly, echoing, demonic vocals, they also race and rampage — and slowly slither like a giant worm through sonic landscapes of utter desolation. What a deliciously vile and heartless piece of death/doom this is!

To listen to the track yourselves, go here, where it’s still streaming exclusively: 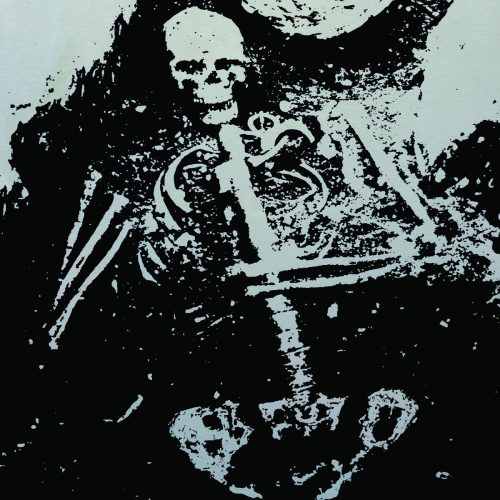 The next two songs in this collection come from To Further Dreams of Failure, the debut album by the UK-based one-man black metal project Abduction. It will be released on April 6 by the Lithuanian label Inferna Profundus Records.

The two songs are “Self Burial Ceremony” and “Usurper in the House of God“. The introduction to the first of those could be a soundtrack to a horror movie, and an atmosphere of paranormal terror surrounds the rest of the song as well, both when it whirls in a black torrent and when it stalks at a deliberate, murderous pace. Yet as convincingly malignant and despairing as the song is, and as horribly crocodilian as the vocals are, the trilling melodies and deep riffs prove to be very enticing.

“Usurper in the House of God” preserves the aura of implacable doom and hopelessness generated by “Self Burial Ceremony”, while also giving free rein to sensations of flesh-rending barbarity and self-destructive torment. The song’s dedicated intensity is to be applauded, as is Abduction’s skill at crafting such heart-aching yet seductive melodies. 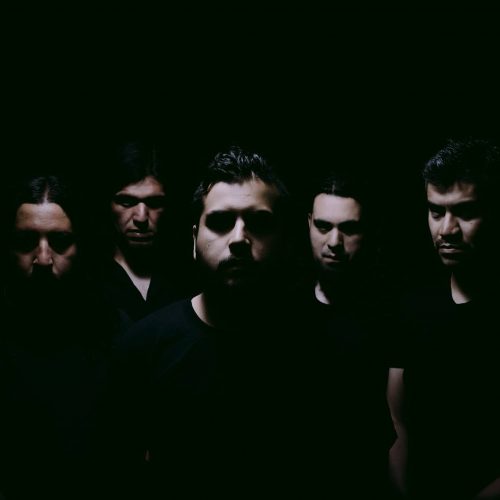 Now I’m turning to some songs that are heavy on the groove… and just plain heavy. The first one is “El Origen“, presented in the form of a lyric video. It’s the first single off the self-titled debut release by the Chilean band Half Blood, which was recorded by Logan Mader and will be released later this year.

“El Origen” is a head-batterer to be sure, and the vocals are like a raw nerve being abraded to the point of agony. The music also simmers and seethes in agonies of bleakness and fury… and the song also bears traces of the influence of Gojira in the mix of ingredients. It’s a damned catchy beast, too. 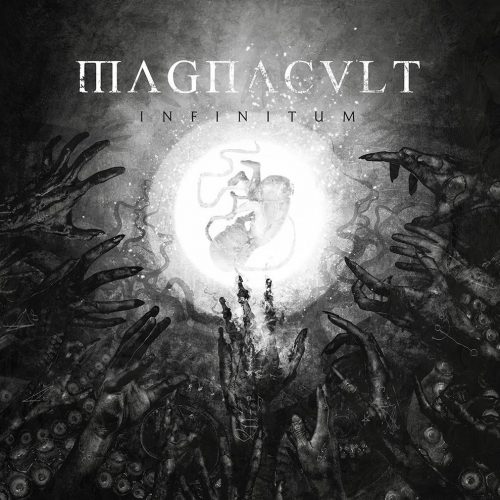 The next item is a video for the song “Righteous Murder“, the opening track on the third album, Infinitum, by the Dutch band MagnaCult. It will be released on May 12. The song and video include a guest appearance by Alma Alizadeh from For I Am King.

On this new song, MagnaCult prove themselves highly capable at jolting and jackhammering the listener into a pile of pulp and bone splinters, but they mix in some invigorating gallops, alien lead guitar shimmering, a brutal breakdown, and a mix of vocals that are both incinerating and voraciously murderous in the way of a rabid mastiff. 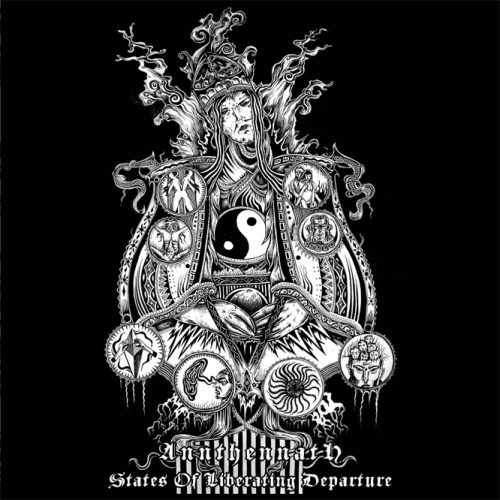 To close this collection I have a song that was recommended to me by our friend Ben Smasher. It’s not a new song, but it made such a strong impact on me that I wanted to share it with you.

The song is “Emotional Balance” from the 2010 debut album States Of Liberating Departure by the French black metal Annthennath. There are so many things I like about the song, but the burbling, moaning, mercurial bass line (which has the tone of a fretless bass) is certainly high on the list — along with the dismal, vibrating melody; the face-lacerating, throat-ripping vocals; the sparkling solos; and the song’s atmosphere, which mixes anguish, ferocity, and grandeur in equal measures.

Really, a very striking, multi-faceted piece of work, and one that has set me on a hunt for a physical edition of the album.