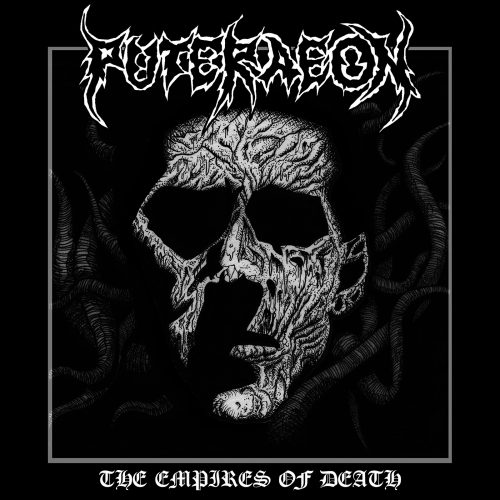 I decided to devote a couple of this Saturday’s posts to new or newly discovered short releases. I’ve also started work on a SEEN AND HEARD round-up of advance tracks from forthcoming releases, though I’m not sure when I’ll finish that one. Maybe tomorrow, maybe Monday. There will be a SHADES OF BLACK feature tomorrow as well. Hope you enjoy these first three EPs.

When last we heard from Sweden’s Puteraeon back in 2014 they had inflicted The Crawling Chaos upon us, which was their third album. They have returned this month with a new three-song EP, The Empires of Death. They’ve launched videos for two of those songs so far, “Providence” and “At the Altars” (which was just released today), and there will be one for the third track, “Epitaph“, as well. 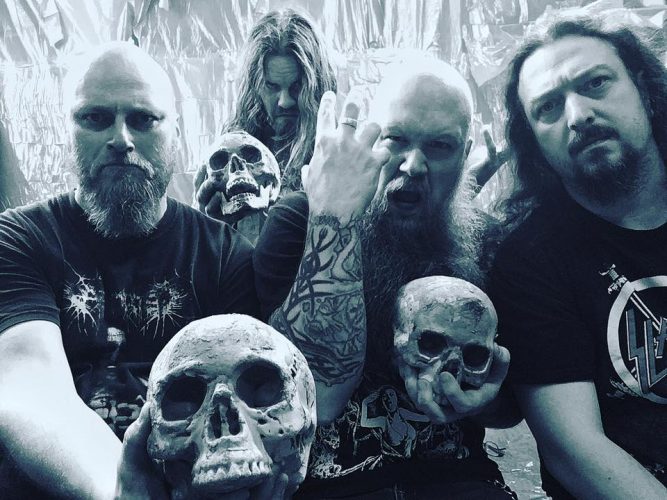 For newcomers to Puteraeon, the band’s line-up consists of vocalist/guitarist Jonas Lindblood, guitarist Rune Foss, bassist Daniel Vandija, and drummer Anders Malmström. At least when making music, and probably when engaged in other activities, they enjoy fantasizing about death, Chthulhu, zombies, and other forms of inhuman horror.

If you are addicted to Swedish death metal of the old school, as I am, this is an EP you absolutely shouldn’t miss. It’s a massive attack of pestilential buzzing riffs and bone-breaking rhythms that mainly rampages at a break-neck pace, with Lindblood howling at the moon like a werewolf with the scent of fresh blood in its nostrils.

And speaking of breaking necks and massive attacks, this EP also includes some massive headbang triggers (there’s an especially irresistible one at 2:40 on “Providence”), flame-spewing and serpentine solos, and a general atmosphere of maniac derangement mixed with paranormal eeriness. You will burn, and you will bleed, and you will love it (that’s an order).

The EP is available on iTunes, Spotify, and Google Play. Links for all those ordering options are here: 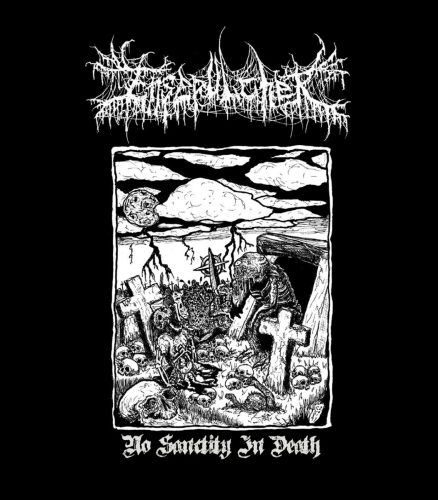 A few days ago I received a Bandcamp alert about a new release by Oakland’s Transylvanian Tapes. It’s a four-song demo named No Sanctity In Death by Ensepulcher. I bought it a minute and a half after starting it, which is how long it took me to listen to the first track. It makes for an excellent follow-on to the Puteraeon EP.

Ensepulcher are a duo from Fresno, California — Adam Camara and Johnny Valles. This is their first release. If fortune smiles upon us, it will not be their last.

The entire demo takes less than eight minutes to lay waste to your mind and mangle your body beyond recognition (figuratively speaking, or maybe not) in a turbocharged onslaught of punk-fueled Swedish-style death metal. The distorted guitar and bass tone is absolutely titanic, and the snare-driven drum propulsion pumps like a big piston hammering away right inside your skull. And holy shit, the soloing leaps out of the speakers in spectacularly berserk fashion.

As is true of that Puteraeon EP, the songs on this one are also massive neck-snappers (the most monstrous headbang trigger occurs at 1:10 in “Perishing In Morbidity”). And speaking of monstrosities, the cavernous, roaring vocals more than qualify. Enormously impressive old-school destruction on display here….

No Sanctity In Death is available to download at Bandcamp now; the tape release is scheduled for April 20. 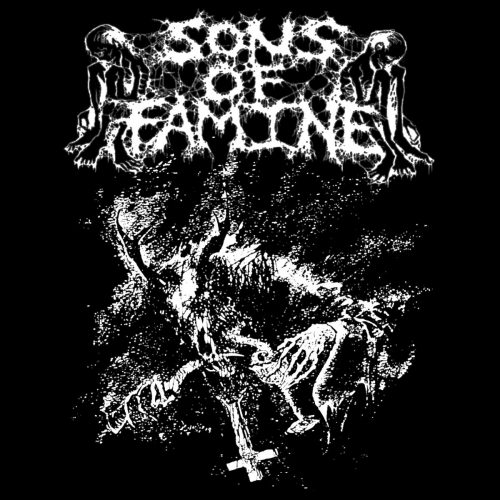 Sons of Famine was formed in 2012 and the line-up includes four former members of the now-defunct Chicago death metal band CorpseVomit, whose earliest releases date back to the early ’90s. Two of them, and one other current member of the band, also appear to be members of Imperial Savagery, and the band’s resume also includes current or formers members of Yakuza, Nachtmystium, and Gigan (among others).

The band released a demo in 2013 named Alcohol and Razor Blades, which is now being reissued by Horror Pain Gore Death Productions and a self-titled EP last year. A full-length album is projected for 2018.

There’s some really nasty, vicious, raw, highly addictive mayhem clawing at the seams of this demo, anxious to go for your jugular. The riffs are lethal, the soloing is genuinely face-melting, the rhythm section is maniacal, and the vocals are unhinged. Not easily classifiable in genre terms, the music is a changing amalgamation of black thrash, d-beat marauding, Motörhead-styled rocking, and a lot more.

When the frenzied pace slows at the beginning of “Nothing and Nowhere”, the band even achieve something that could be called “epic” in its sorrowing bleakness (actually, the whole song, with its fanfare-like chords, is epic — as well as barbaric). And the Sons take an even sharper turn in the final track, “The Seed”, with pagan/folk melodies running through the slow build toward a grim, galloping war charge.

This gem of a demo is available on both of these Bandcamp pages: