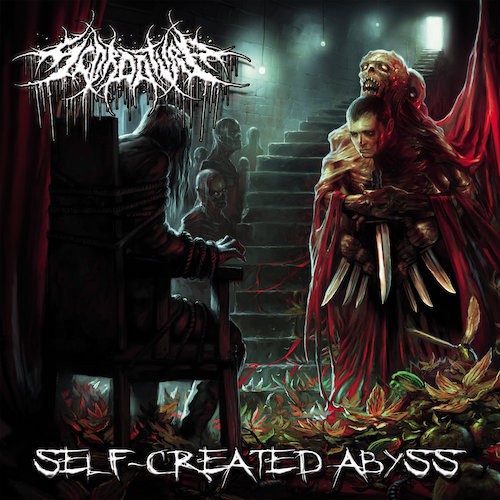 Some death metal albums succeed in delivering a level of destructiveness so electrifying, so technically impressive, and so unrelenting in their explosiveness that they send adrenaline levels off the charts. Scordatura‘s new album is one of those. It’s the embodiment of a death lover’s thrill ride.

Self-Created Abyss is the name of this new piece of scorched-earth barbarity, and it will be released on March 24th (today!) by Gore House Productions. To make sure you don’t miss it, we’ve got a full stream of the album at the end of this verbiage. 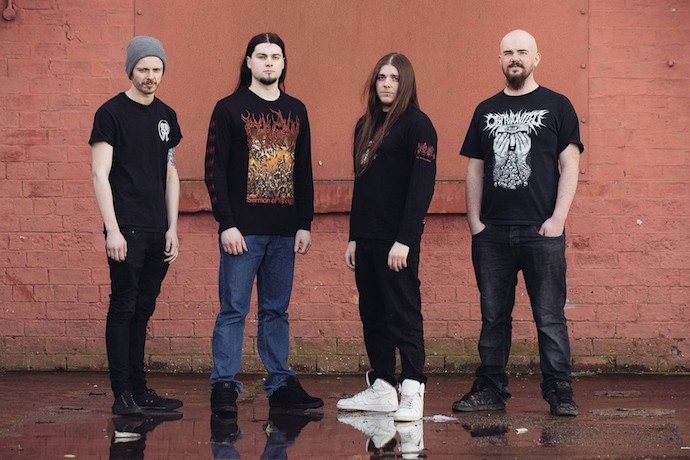 This Scottish band have planted themselves at the crossroads where brutal death metal and technical death metal intersect. They manifest the insectile, skittering frenzy of a band like Deeds of Flesh, the technical ferocity of a Cryptopsy, and the near-atonal bludgeoning of a band like Dying Fetus. They grind, and eviscerate, and smash with red-eyed determination, part brute-force bone-crushers and part piranha swarm attacking a bleeding carcass.

Without ever truly relenting in the savagery of their approach, the band mix things up in a way that strengthens their hold on your adrenal glands, capable of slowing down into morbid stomps and lurches and varying the rhythms and tempos even when they’re in full-on rocket mode. And the production quality of the album delivers everything they do with overpowering sonic force.

So take some deep breaths, strap yourself in, and get ready for a trip through a war zone on the back of a hurricane.

Self-Created Abyss is available via the links below. The gruesome cover art is by Pär Olofsson, and the album was recorded by Rory Doherty at Crushed Ruby Studios and mixed/mastered by Jörg Uken at Soundlodge Studios (Sinister, Obscenity, Despondency) in Rhauderfehn, Germany. The album also includes a guest appearance by Danny Nelson (Malignancy).