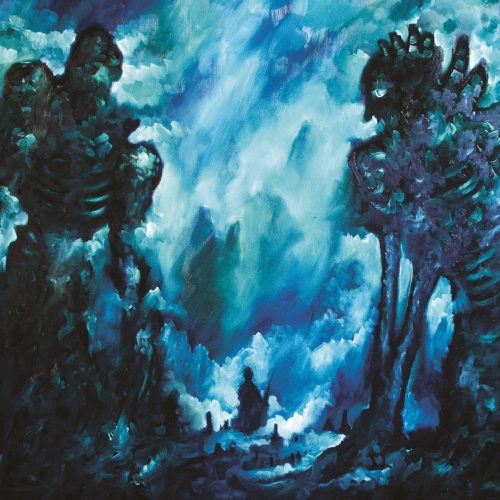 I realize I’ve delivered a flood of new music to the site this weekend, so much that I’ve drowned in it, too. Time has run out on my plans to create a gargantuan compilation of new music in a blackened vein, and so I’ve been forced to cut that gargantua into three pieces. Mondays tend to be crazy around here, and so I’m not positive I’ll finish Parts 2 and 3 in time to post them tomorrow, but they will arrive eventually. Let’s begin….

Three things drew me into this first song: First, the cover art by Jeff Grimal (above); second, the fact that the album will be released by I, Voidhanger Records (whose selections are always fascinating); and third, this description of the music: “NO GUITARS, NO BASSES, NO DRUMS. ORCHESTRA IS THE NEW BLACK.”

The album is the self-titled debut of Les Chants du Hasard, and I, Voidhanger’s announcement yesterday included these words by the project’s sole creator, Hazard, who used only orchestral instruments and his voice to create the music:

“Musically speaking, the album is influenced by orchestral works and operas from composers like Mussorgsky, Prokofiev and Strauss. I thought a lot about how to articulate it with black metal; especially the vocals, which I wanted in the vein of Ulver, Emperor and Ved Buens Ende. Lyrics are written in the form of Les Chants de Maldoror from Comte de Lautréamont, a French author from the 19th century.”

“Chant troisième” is the one composition from the album that’s available for streaming. It’s a mid-paced piece that revels in the grandeur and bombast that orchestral instrumentation provides in a way like no other, yet it also has an arcane and ominous atmosphere, with strands of dissonance and derangement interwoven in the complex instrumental tapestry along with passages of ecclesiastical solemnity. Hazard’s voice adds additional textures, shrieking, roaring, chanting, and soaring in choral cries of passion. Fascinating, enthralling, ambitious music….

The album will be out in early June as a limited digipack with booklet. 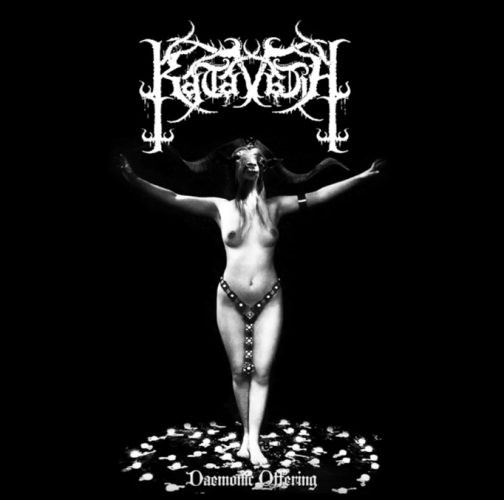 Katavasia will probably be a well-known name to our site’s visitors, but just in case, it’s a Greek band composed of members of Hail Spirit Noir, Varathron, Aenaon, Agnes Vein, and Funeral Storm (among others). Their debut album Sacrilegious Testament arrived in 2015, and it appears they have a second one coming later this year via Floga Records. If you look closely at the artwork in the following YouTube clip, you’ll see the name Daemonic Offering, though that title hasn’t yet been officially announced.

The YouTube clip is a multifaceted song from the album called “Requiem For The Nocturnal Lover“. It exudes ferocity and majesty, it rocks hard but is also panoramic, the riffs are killer, the leads are gems, the folk-like flute melody is a great addition, the voice is demonically savage… in other words, prepare for a blood-rushing romp that will get stuck in your head damned fast.

(Thanks to eiterorm for alerting me to this song.) 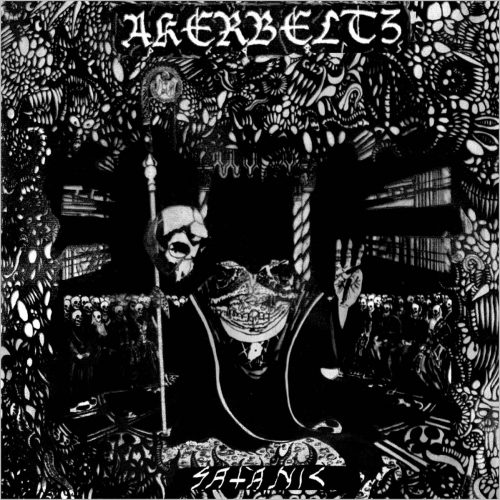 Satanic is the name of the sixth album of the long-running one-man Spanish band Akerbeltz (whose creator is also a member of Körgull the Exterminator), and the first Akerbeltz album in seven years. It will be released by the Spanish label Black Seed Productions on June 2.

The Bandcamp page for the album features one advance song stream, a track called “Beyond the Reflections“. The croaking abrasion of the vocals coupled with the rampant barbarity of the riffing give the song a grim and grievous mien, while the impulsive eruptions of galloping and bounding, dance-like rhythms add even more interest to the devilish dervish whirl of the song. Very cool. 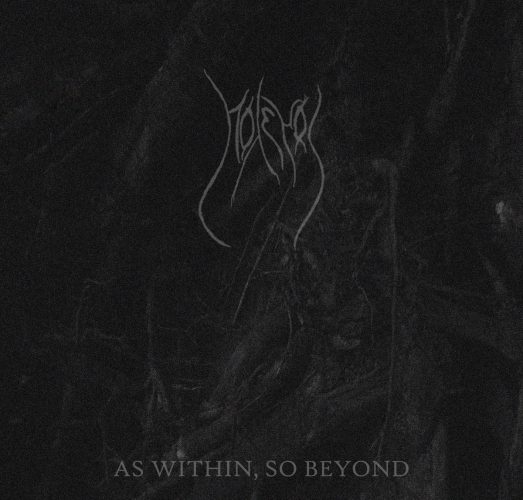 Sometimes, the sheer incinerating intensity of a song sells it without regard for anything else. And that’s the effect the opening track on this EP had on me when I first heard it. In my mind’s eye, I could see my hair blown out by the roots, all the skin on my face burned away, bulging eyeballs beginning to ooze jelly, blood in the veins boiling.

The EP was created by a band named Polemos, who are based in Calgary, Alberta, Canada. The title of their first EP is As Within, So Beyond, a twist on the famous Hermetic maxim, and it was released on March 21.

“Ignis” is a high-speed torrent of destructive frenzy and chaos, a big adrenaline trigger that’s made even more harrowing by the striking agony of the vocals. But the blast-furnace intensity of the music is leavened by a slower, dismal concluding section which makes clear that Polemos can write compelling melodies (you’ll hear threads of flickering melody throughout the song — more clearly on a second listen).

Torment, pain, and grief suffuse the atmosphere of “Lux“, which by contrast to the opener begins at a more settled pace and begins to race and rampage later on in a fireworks display of instrumental exuberance.  “Aqua” launches at an even slower, crawling pace, a depressive yet enthralling melody clawing its way forward beneath an extended spoken-word piece before the vocalist pours out the black torture in his soul once again, moving something that was on the verge of somber beauty into something wrenching, and ultimately delirious.

The closing track “Terra” takes the EP full circle, setting loose an abrasive cyclone of violence and terror. It will get your head moving, too, while twisting the neurons inside it into a snarled knot. But it displays the dynamism evident in all of the other songs, eventually unfurling a slow, melancholy melody with a folk-like lilt.

This really is an excellent discovery from out of the blue. And man, those vocals….