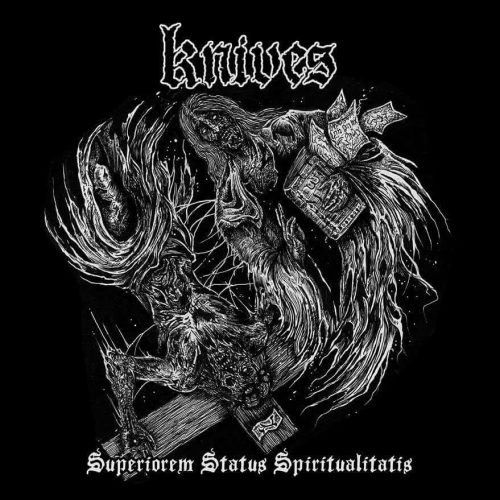 Seventeen months ago I discovered the band Knives from Bilbao in the Basque Country of Spain. At that point there were three songs available for streaming from an album released later that year named The Blackest Noose, and I devoted some words of praise to them here at our site. Now I’m happy to report that Knives will be releasing a new EP next month year entitled Superiorem Status Spiritualitatis, and today we’re helping premiere a video for a song from the EP — “Pigs“.

“Pigs” is a bone-breaker and a soul-shaker, a death-and-roll juggernaut that melds the deep, concrete-cutting guitar tone of ancient Scandinavian death metal and the raw, jugular ripping fury and punishing rhythms of crust. It’s a track that’s bleak, black, and poisonous but also one that gets the head (and the rest of the body) moving. It may make also you want to smash things around you into small fragments. 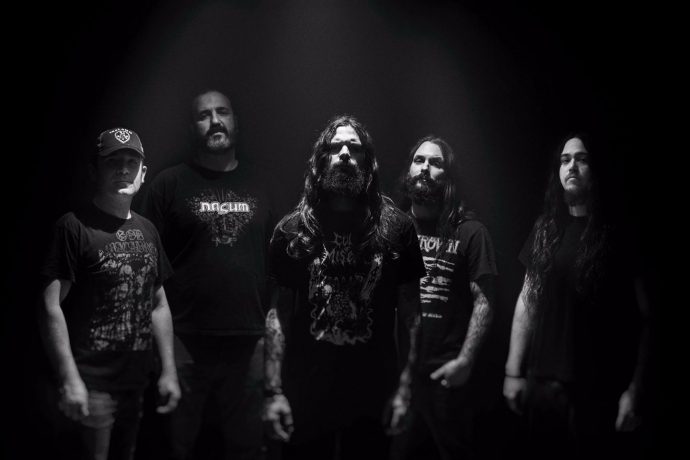 The video was directed by David Pipperpoch and Carlos Gil and depicts the band in two guises, the one in which they perform their instruments and howl in red-eyed anger, the other a more decadent and disgusting guise in which table manners are wanting.

The EP was recorded by Ekaitz Garmendia at the Black Storm Studios in Karrantza and the artwork was created by César Valladares. For more info about the new EP, watch these spaces: