Tyhjyys, the new album by Finland’s Wolfheart, is a moody album, shrouded in fog, happy to stew in cold and detached misery. It has actually shown itself to be an excellent soundtrack for the rain-drenched and fog-shrouded drives home from work in the month since its release, the perfect encapsulation for grey skies and dense mist rolling in off the water.

Tyhjyys also marks the third album for founder Tuomas Saukkonen’s Wolfheart project — his name should be at least somewhat familiar as the founder of many an NCS-covered band: Before The Dawn and Black Sun Aeon, to name two — itself having since evolved into a full group as of 2015’s Shadow World album.

It is also a disc of transformation — one that sees Wolfheart traversing from one genre to another, finally giving into their gloomier leanings and going for the melodeath/doom hybrid that the region traffics in so well. And it does so organically across eight songs, starting out with music that feels like it is picking up right where Shadow World left off and slowly getting colder and colder from there before finally landing on its title song and overall theme of the album. Fitting for a release whose title translates to the word ‘Emptiness’. 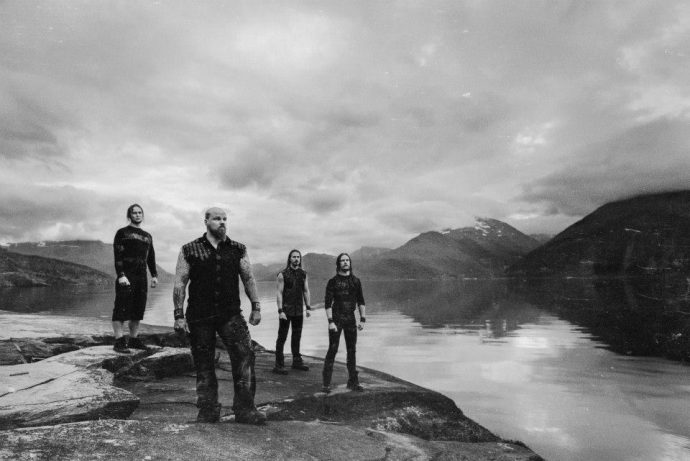 Most of Tyhjyys‘ heft is in the front half of the album, with the main hunks of music starting after the part-crowd-chant/part-instrumental of opener “Shores Of Lake Simpele”. “Boneyard”, the following song, seems happy to pick up right where the blastbeat-heavy melo-death of Shadow World left off. It’s a magnificent beast of a song, with a light symphonic backing to go along with its quick-moving opening, whose lead riff seems destined to be stuck in people’s heads for some time now. On its own, “Boneyard” is pretty much everything Wolfheart have, packed into one neat, down-tuned, seven-minute package that is occasionally punctuated by choir stings — just because the song didn’t feel big enough.

The eight tracks of Tyhjyys actually all follow this format somewhat, each track built to stand on its own, the overall Tyhjyys album just the package in which they’re all wrapped up. The first four songs of Tyhjyys feel like four sweeping pieces of music, all headed down a slower path. It actually makes sense that “Boneyard” was one of the first singles released from Tyhjyys because it is the one that takes on the job of easing people into what Wolfheart will be doing this time around, while also remaining familiar; it does so admirably.

The genre turn starts to happen when you reach the six minutes of quieter introspection of “The Flood”, which is when things start to slow themselves down and become much more atmospheric. You start to feel it coming in that song, and it actually makes repeat listens more fun because the songwriting in the closing minutes of the album start to feel as if they were foreshadowed.

“The Flood” serves as contrast for the much faster “The Rift”, which sounds like the last gasp of the faster part of Tyhjyys trying to resurrect itself for one final chance to walk this earth. It even brings back the choral stings, which “The Flood” doesn’t play with too much. You can almost hear parts of “The Flood” crashing into “The Rift”, though, as the acoustic opening parts of “The Flood” make a brief appearance after the opening bombing run of “The Rift”.

The two songs serve as a functional centerpiece of Tyhjyys, with “The Flood” being a brooding showpiece, full of slow-moving riffs and, at its fastest, a mid-tempo groove. “The Rift”, as the much faster sibling, benefits from having a glorious lead guitar section, as well as its overall sense of speed kicking in one last dose of adrenaline before Wolfheart really start descending into the land of frost. You have to keep in mind that the following song, which betrays some of the band’s folk-metal genre tendencies in its opening guitar melody, is named “The Call Of Winter”. 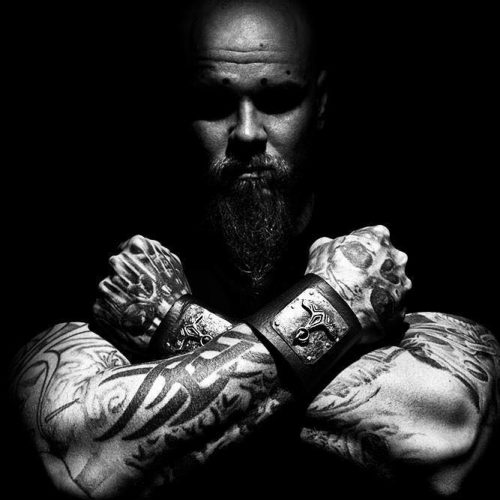 It may seem like craziness, but when the song “Tyhjyys” hits, Wolfheart catapult themselves fully into the slow-moving miserable doom world that groups like October Tide occupy, something that the band start hinting at with different motifs throughout “The Call Of Winter” and “Dead White”. They don’t completely keep things slow and gloomy, but the opening section of “Tyhjyys” is welcoming in its gloom.

Wolfheart show throughout the entire Tyhjyys album that they are master song-smiths, and that song specifically sounds as if the band challenged themselves to slot their music into the doom world. While the album starts passionate and fiery, giving into metal’s catharsis for heaviness, and then over the course of the album spreads out some fantastic melodic guitar work, by the time the last song closes it is a disc that is content to crawl through the snow, propelled forward by some big, booming double-bass drums just to make things feel larger.

Three albums in, the Wolfheart crew have shown with Tyhjyys that they are at the top of their game. They’ve also shown that they can keep to a pretty solid every-two-years schedule and still kick out some fantastic work. Tyhjyys is a different beast from the albums prior, but the fact that each song can stand as its own pillar makes the disc one of the more ‘shuffle friendly’ albums out there, and it also means that repeated run-throughs of the album always have you looking forward to the next track.

Every song on Tyhjyys is its own melodic beast, and the whole album is chock full of them. It is one of those albums that makes almost-an-hour fly by like it is absolutely nothing as it morphs from fiery passion to cold gloom. Tyhjyys is absolutely worth spending time with.

Tyhjyys is out now and can be acquired here (it’s also available on Spotify, Deezer, Tidal, Apple Music, Google Play, and Itunes):

You’ll find all three videos from the album below.