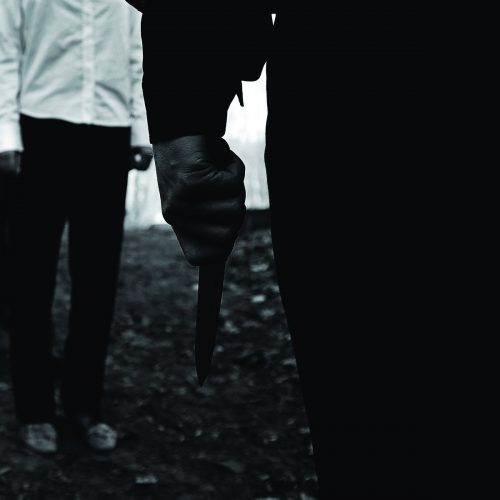 We’ve been following the Danish band Hexis since 2012, posting reviews of their early split with As We Draw and Euglena, their 2014 album Abalam, and a remarkable video for the song “Septem“, which will appear on the band’s new album, Tando Ashanti. Hexis have also participated in split releases with This Gift Is A Curse, Primitive Man, and Redwood Hill, while also releasing a trio of EPs and playing more than 300 shows across a range of nations.

The new album will be released on April 14 by by Init Records on CD, by Halo of Flies and Alerta Antifascista on vinyl, and by Bloated Veins on cassette tape. The strength of the band’s previous releases should be reason enough to spend money on one or more of these editions, without more inducement, but today we have an exclusive full stream of the album to take any remnants of guesswork out of the decision. 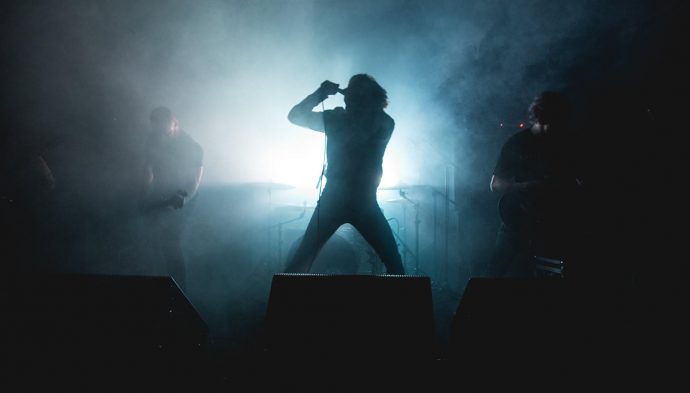 Bands who merge black metal and hardcore seem to be a dime a dozen these days, but Hexis have been plying those dark, violent waters for longer than most, and their brand of the hybrid also bears a heavy imprint of doom. On the new album, they range across 11 tracks, all of them bearing one-word titles, most of Latin origin, with the first two dividing the album’s name.

You’ve heard the saying, “not for the faint of heart”, but that doesn’t go nearly far enough as a warning for this album. It is unrelentingly oppressive and emotionally devastating — seething and desolate, barren of hope, redolent of turmoil and pain at every turn. All light has been banished from its confines, with no possibility of re-entrance.

The variations in energy within the songs are more the responsibility of the rhythm section than the guitars — which generate a persistent squall of abrasive, violent noise through which dismal melodies move like pythons. That rhythm section generates physically compulsive, and often bone-breaking effects, but they rarely move fast. Bursts of double-bass thunder arrive here and there, along with rumbling and tumbling progressions, but the drive train of these monstrous compositions is more a slow, low-gear clobbering.

The majority of the songs are below three minutes in length. In the longer songs — “Ashanti”, “Nocturnus”, “Cordolium”, and “Presagium” — Hexis allow their storms of catastrophic sound to subside, making room for funereal dirges and heavy, dismal chords, though the relatively brief “Resurrectio” is perhaps the most horrifyingly hopeless and harrowing of the album’s slower descents into the abyss.

And even if you’re unfamiliar with Hexis‘ vocals, it will probably come as no surprise, given what you’ve read so far, to learn that they’re as raw as a throat bathed in sulfuric acid, an instrument of ruinous agony and internal torture.

So yes, be forewarned: The album hits very hard, brutally tears you down, makes every black thought even blacker. And it’s very, very good at what it does.

To order the album in its various formats, check these links:

2 Responses to “AN NCS ALBUM PREMIERE (AND A REVIEW): HEXIS — “TANDO ASHANTI””