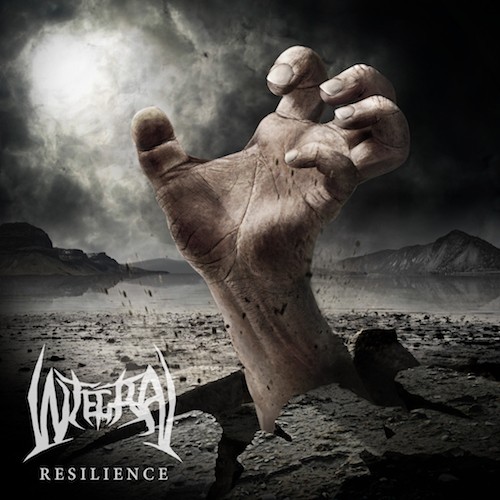 Resilience is the name of the debut album by Integral from Bergamo, Italy. It will be released on May 5 by Ghastly Music, and we have a taste of the album for you today through our premiere of its first advance track, “Mechanical Existence Construction“, which features a guest vocal appearance by Obscura‘s Steffen Kummerer.

By way of introduction, it may be useful to note that the album is recommended for fans of The Black Dahlia Murder, Beyond Creation, The Faceless, and Gorod — and those do seem like useful references and fair comparisons as you embark upon the experience of “Mechanical Existence Construction”. 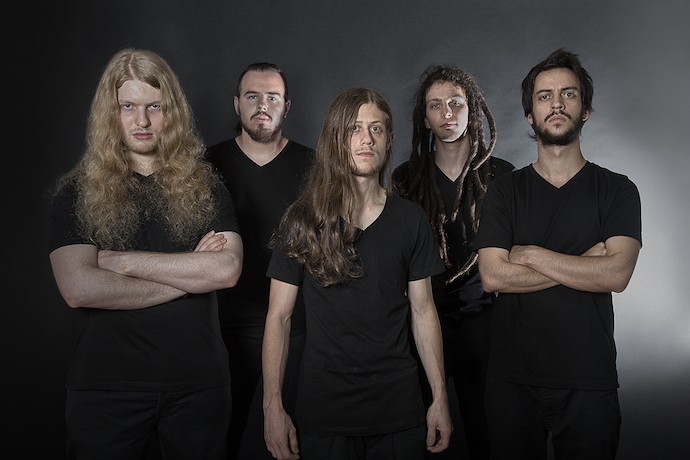 The song is a high-energy, head-spinning trip that combines elements of melodic death metal, technical death metal, and jazz fusion. The rapidly swirling guitar melody over a dark, bubbling bass line is an immediate grabber at the outset, and you’ll find that the warm, inventive bass is very much a co-equal partner with the spidery guitar fretwork and the the acrobatic drum work throughout the song.

The riffs spiral and veer, pulsing rapidly over a thrashing rhythm at times, and the lead guitars generate an astral quality at others, while bursts of percussive jackhammering bring a heavy sense of groove to the affair. Meanwhile, the vocals vault from a hoarse roar to a scalding shriek, and Steffen Kummerer’s appearance at the 3:10 mark injects an added element of raw, snarling viciousness.

We did mention jazz fusion, and there’s a break in the middle of the song where you’ll discover why we did that.

Resilience was mixed and mastered by Ettore Rigotti (Disarmonia Mundi, Destrage, Babymetal…), and it includes a guest appearance by Tommy Talamanca of Sadist, as well as Steffen Kummerer. Physical and digital pre-orders are available now at this location: