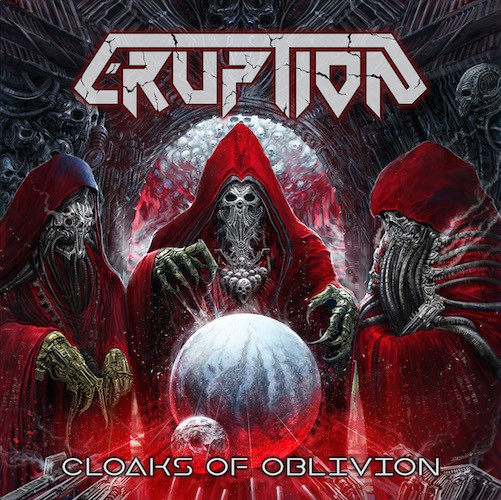 Like many of you, I’m often drawn to explore music based solely on the cover artwork, and that’s exactly what happened in the case of Eruption’s new album, Cloaks of Oblivion. Isn’t that cover art by Alex Boca fantastic? And in this case, the music proved to be a match for the enticing quality of the visual art.

Eruption come our way from Ljubljana, Slovenia, and Cloaks of Oblivion is their third album. It will be released by Xtreem Music on May 2.

The words that leap to mind immediately in thinking about “Sanity Ascend“, which is the song from the new album that we’re premiering, are “explosive” and “electrifying”. Prepare to have the spigot on your adrenal glands cranked wide open. 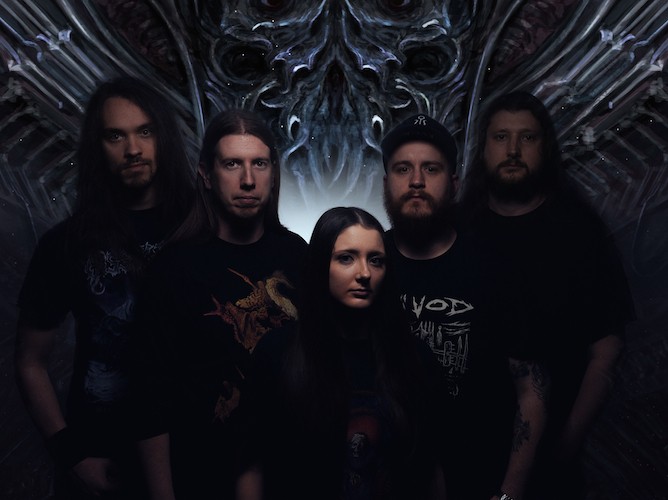 There’s a volcanic vibrancy to the sound of this full-throttle song, though it would be damned explosive even with a less powerful production. Fueled by a razor-sharp twin-guitar attack and a thundering rhythm section, the song is a rocket ride of highly infectious thrash loaded with fleet-fingered fretwork and jolting percussive force — and it includes a very cool bass solo as well as an incendiary guitar solo!

Klemen Kalin’s voice is an exception to the rule in our site’s title, but a well-earned one. It’s a classic heavy metal voice that’s as vibrant as the rest of the music, and Kalin proves his ability to send it soaring into the stratosphere like a jet.

If you like what you hear, don’t un-buckle your seat belt yet, because we’ve also included another previously released song from the album, “Drones“. You can listen to both of them below. To pre-order the album, go here: