Unaussprechlichen Kulten’s new album is one I’ve been eagerly awaiting, given the excellence of this Chilean band’s previous releases, and especially their last album Baphomet Pan Shub-Niggurath. Yesterday Iron Bonehead Productions announced details about the new full-length (including the creepy-as-shit cover art) and also launched the track stream that leads off this collection. 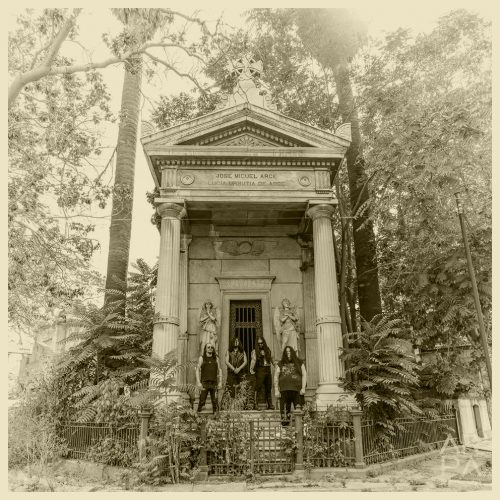 The album’s name is Keziah Lilith Medea (Chapter X), and the release date is June 2. The band also shed light on the album’s themes and inspirations:

“This Chapter is inspired by women, the persecution against them by the Holy Office Sacred Congregation (The Inquisition), their essential role in the myth and legend, their place at the witches’ Sabbath, and the profound fear they spread — and still do — in mankind under the concept of Witch.

“The ancient pagan cults awarded a leading role to the woman inside the spiritual. However, in medieval Europe, among other things, the exaggeration of the divinity and chastity of the feminine, the exaltation of virginity and motherhood as unique roles for women — the image of the Virgin Mary — create a shadow, a mirror image, an opposite principle. The repression of sexuality and denial of the Soror Mystica incubated a mysterious, dark, and evil female image.”

The track released for streaming yesterday is “Sabbatical Offering“. It will only further strengthen this band’s well-deserved reputation for creating some of the planet’s most warped, twisted, and putrid forms of gargantuan death metal abomination.

The ominous horns that moan and bray at the song’s outset give way to a burst of rabid, horrifying destruction, an abrasive cyclone of scything and pulsing riffs and diseased leads over which abyssal roars add a further element of monstrosity. Less frenzied moments offer further poison, pestilence, and feelings of sea-sickness in the inner ear.  As expected, this is top-shelf foulness. 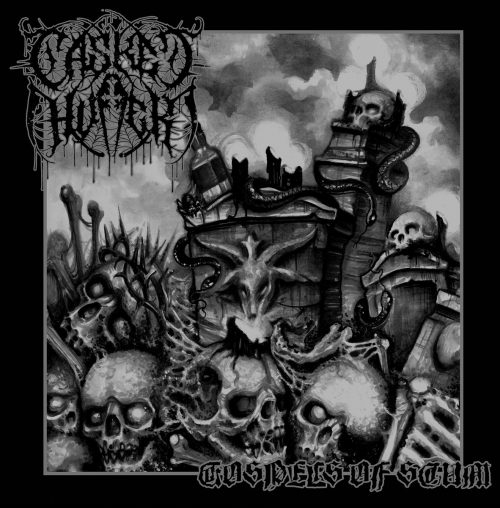 I’m indebted to DaNasher for urging me to listen to this next song. It comes from an album named Gospels of Scum by Casket Huffer from Cheyenne, Wyoming.

The album was originally self-released on CD last year, but Hibernation Release Records will be releasing a vinyl edition on April 21 with new artwork by the band’s guitarist/vocalist Than Wilson, and a digital download is also available for pre-order.

The song “Tyrants” makes a near-perfect complement to the first track in this collection by Unaussprechlichen Kulten. It features similarly cavernous growls — as well as feverish shrieks and caustic howls — and it beautifully combines rampaging destruction with an eerie atmosphere of infection, unsettling dissonance and freakish soloing, rocketing speed and hurricane-strength power, and some damned compelling riff slaughter. 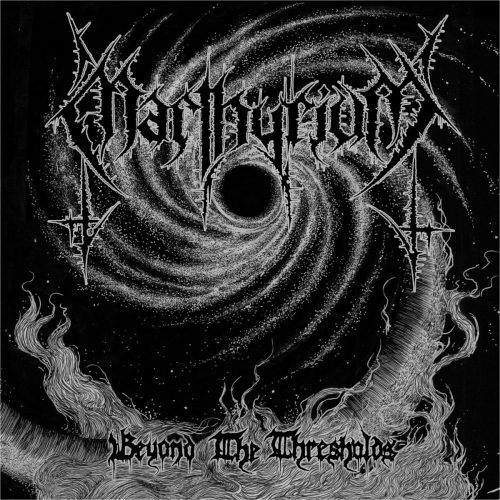 Beyond the Thresholds is the debut album of Marthyrium from Galicia in Spain. It was preceded by three shorter releases, the last of which was a 2014 split with the Catalonian band Ered. The album is set for release on April 15 by the Spanish label BlackSeed Productions.

I was unfamiliar with Marthyrium before listening to the final track in this collection, “Abominations“, so I didn’t know what to expect — and what an enormously good surprise it proved to be!

An atmosphere of grim and terrible majesty seeps from the music immediately, tendrils of dissonant melody twining their way through titanically powerful rhythms. When the music begins to seethe and swarm and the rabid vocal howling begins, the atmosphere changes to one of delirium and unchained ferocity.

Combining elements of bestial black metal and death metal horror straight from the crypt, the song is both unnerving and electrifying, physically punishing and twisted in its arcane energies. And it’s produced in a way that delivers clarity as well as stunning power.

The album was mixed by Javier Félez at Moontower Studio (Barcelona) and mastered by Tore Stjerna at Necromorbus Studio (Sweden).

BlackSeed will release the album on CD, and will follow that with a vinyl edition; I haven’t yet found a pre-order link and don’t know if there will be a digital release.