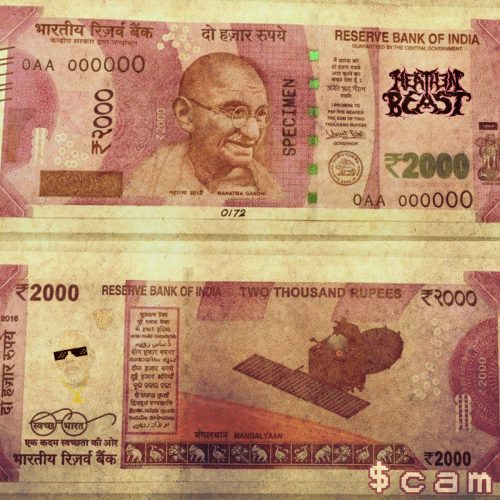 I’ve been fascinated by the Indian extreme metal band Heathen Beast for years. In addition to the excellence of their music, they’ve regularly turned the force of their fury on deplorable conditions in the vast sub-continent they call home and have regularly paired their music with hard-hitting videos. And now they’ve done it again.

The song we’re about to premiere, presented in video form, is “If the army can do it, so can you“, and it comes from the band’s new album $cam, which will be released on June 1 by Transcending Obscurity Records. This is the second song from the album to be revealed in advance of its release; “It’s only a minor inconvenience” premiered at DECIBEL two weeks ago (and is also well worth your time). 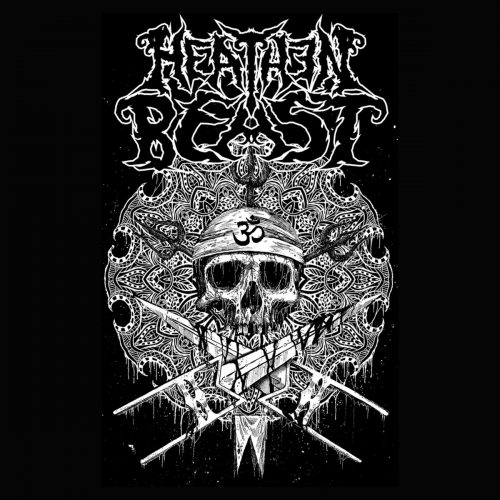 $cam was inspired by the declaration last November by Indian’s Prime Minister Narenda Modi that all 500 and 1,000 rupee notes — approximately 90% of the currency notes in circulation throughout India — would be discontinued and no longer acceptable as legal tender. The decision has had an especially dire impact on poor people who lacked bank accounts, and has apparently sparked massive outrage — including a full blast of venom by Heathen Beast.

The song in the video we’re revealing is about how the lower castes in India’s social order are treated, compared to the treatment afforded soldiers. It takes as an example the plight of destitute workers who clean sewers manually, without adequate protection, and who — like vast numbers of other poor people — have been victimized by the current government’s demonetization policies, while the government continues to lavish money on the military (not exactly a problem limited to India).

Musically, the song (and the album) represents at least a temporary change in direction for Heathen Beast. While the band’s black metal roots haven’t been completely severed, “If the army can do it, so can you” is more of a scorching grindcore rampage, with incinerating vocals, swarming riffs, and machine-gun drum fusillades (augmented by what sounds like a traditional hand drum). And when the song slows, it jolts instead of rips, with a dismal melodic tone that suits the dismal circumstances fueling the earlier outburst of rage.

$cam is available for pre-order now at this location, both as a digital download and in a gold-embossed box CD set (along with a new shirt):