The cover art came first, then the music. The image created by Chilean artist Nekronikon for the new Antropofagus album is still one of the year’s biggest eye-catchers (pun intended), reason enough to explore M.O.R.T.E. – Methods Of Resurrection Through Evisceration, even if you didn’t witness the slaughtering supremacy of the band’s last album, 2012’s Architecture of Lust. We fawned over that cover before there was any music to hear, and since then DECIBEL has premiered a track named “Spawn of Chaos“. Now we get to bring you a second one, with a lyric video: “Chants for Abyzou“. 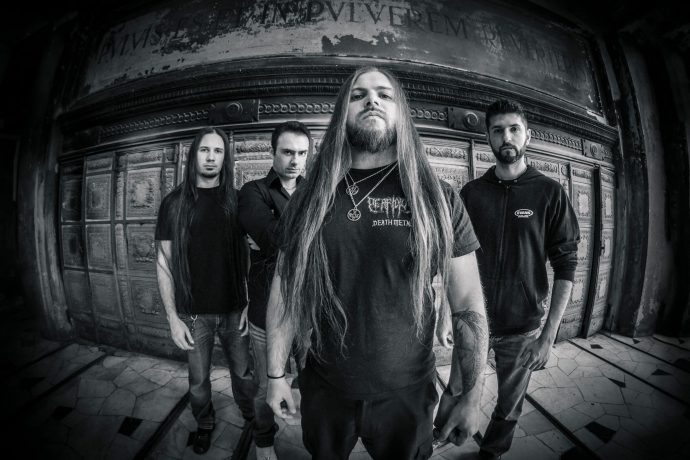 “When brutal death metal is done to perfection it comes off as a beautifully orchestrated cacophony of violence, mayhem, and musicianship. While it may not be everyone’s cup of tea, there is a certain elegance about it. Enter Italy’s Antropofagus and their 2012 release Architecture of Lust. This is not an album with much crossover appeal to those who aren’t fans of the genre. This is the REAL stuff, pure, undistilled, untainted, and unrelenting. Just a titanic slab of absolute bone-crushing, spine-jarring death metal.”

The sounds of the new album manifest, and thus vividly mesh with, the lyrical conceptions of vocalist Mattia “Tya” De Fazio — in his words, “a continual succession of thoughts, shadows and nightmares shaped into music, extreme and hate-filled against all which is dogmatic to humanity’s eyes… a process of rebirth through the evisceration of my own self.”

For “Chants of Abyzou“, Antropofagus have executed a strategy of destruction that combines pile-driving grooves and malignant, swarming riffs, a blazing-fast and inhumanly cold and precise method of annihilation that’s part mechanistic demolition job and part bestial feeding frenzy, laced with guitar leads that lend an air of demonic derangement. It’s a head-hammering, surgically implemented piece of butchery, and damned catchy as well. 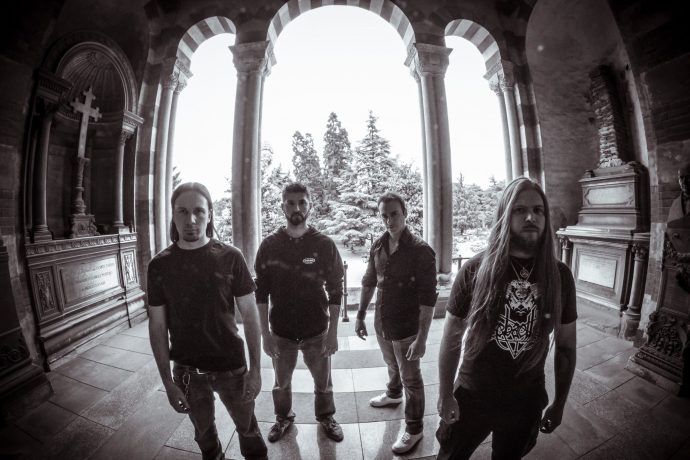 M.O.R.T.E. will be released on May 12 by Comatose Music (CD) and on vinyl via Everlasting Spew Records. To pre-order the album, visit these locations:

3 Responses to “AN NCS VIDEO PREMIERE: ANTROPOFAGUS — “CHANTS FOR ABYZOU””