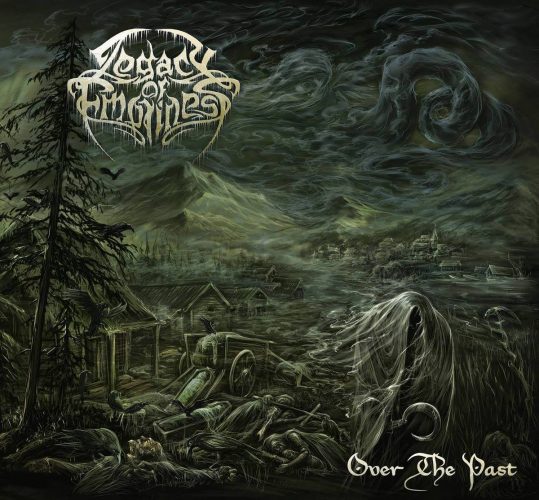 Time passes, and the spark of musical creativity that may have flared in the springtime of our lives often dies out, never to be revived. And sometimes it begins to burn again — not always with good results, mind you. In the case of Legacy of Emptiness, the smoldering embers began to glow again, and have now fully caught fire in their new album Over the Past. In advance of the album’s June 12 release by Black Lion Records, we have one of the new songs for you, a wonderful track called “Despair“.

We’re told that the band was started in 1995 by Eddie Risdal and Kjell-Ivar Aarli as “a tongue in cheek BM-project called Permafrost“. They recorded a couple of demos for their own amusement, and a few years later were joined by keyboardist Øyvind Rosseland — and began to take their music more seriously. But after a couple more demos, the project went cold… yet was revived in 2010. As the band explain: 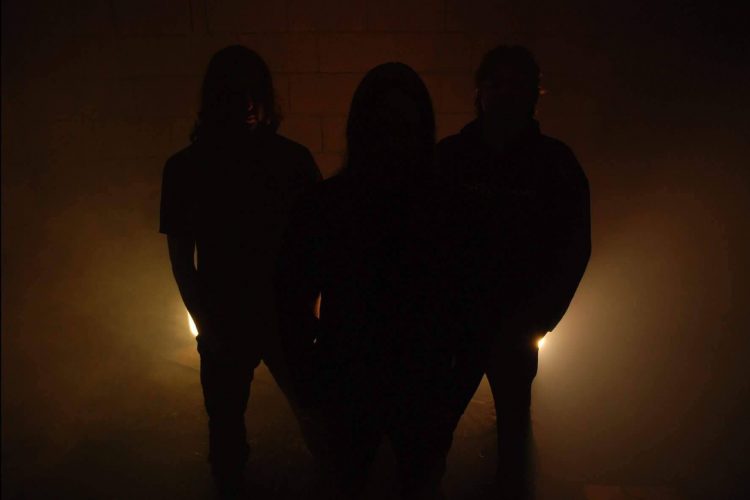 “In 2010 we came together and decided that the songs we left years ago were too good to be left behind so we decided to record them properly for, once again,our own amusement. One thing led to another and we found ourselves being more creative than ever before. The result was our self titled debut album containing 5 old tracks and one brand new. All splendidly mixed and mastered by Dan Swanö, one of our biggest inspirations back in the day when we first started out. The album was released in 2011.”

And now, with Over the Past the band have taken the next step, surmounting the kind of hurdles since 2011 that life tends to throw in the way (among them, “accidents, cancer, and other illnesses”): “Musically it’s the opposite of what we did on our debut. This time all songs are brand new except for one that we brought along from the ’90s, heavily reworked.”

“Despair” is a vibrant piece, surging with fierce energy, the pulsing and glimmering keyboard layer giving the music an air both grand and grievous. The galloping rhythms that push the song eventually relent, and the barbed lash of the vocals turns to somber spoken words, while an entrancing guitar melody brings the melancholy undercurrents of the music into bold relief. The electrifying surge returns, but one more entrancing passage lies ahead… this time featuring a banjo performance by guest musician Geir Emanuelsen.

It’s a good thing for listeners that Legacy of Emptiness didn’t completely abandon their musical creativity from decades ago — this song is multifaceted, moving, and memorable, and a promising sign of what Over the Past will bring.

The eye-catching cover art, which is based on the theme of the album song “Four Hundred Years” (dealing with the time when Norway was ruled by foreign kings), was created by Alex Tartsus. The album was produced and engineered by Eddie Risdal and Kjell-Ivar Aarli, and it was mixed and mastered at Unisound Studios by the great Dan Swanö, who also performs lead guitar on the song “Evening Star”. Additional vocals on “Drawn By Nightmares” were performed by Jesse M. Jolly.

To order the album, go here:

Legacy of Emptiness on Bandcamp:
http://legacyofemptiness.bandcamp.com

One Response to “AN NCS PREMIERE: LEGACY OF EMPTINESS — “DESPAIR””