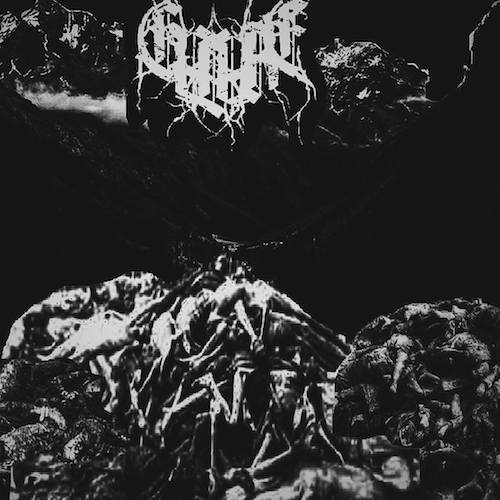 One month ago we premiered a track from a new EP by a black metal band from Elizabeth, New Jersey, named Galare. That song — “Thy Dying Light” — was both explosive and chilling, unnerving and unpredictable, predatory and poisonous. When the band asked if we would host the premiere of yet another track from the EP, it was an easy yes on this end. This new track is “Echoes of Mystic Solitude“, and we present it in the form of a music video.

The song is… unbalancing… dedicated not only to burning off the flesh from your face but scrambling your thoughts and injecting a dose of fear into your emotional state. And it does this by amalgamating stylistic ingredients in ways that you probably wouldn’t expect from a young band, bending the normal conventions of black metal rather than simply copying them. 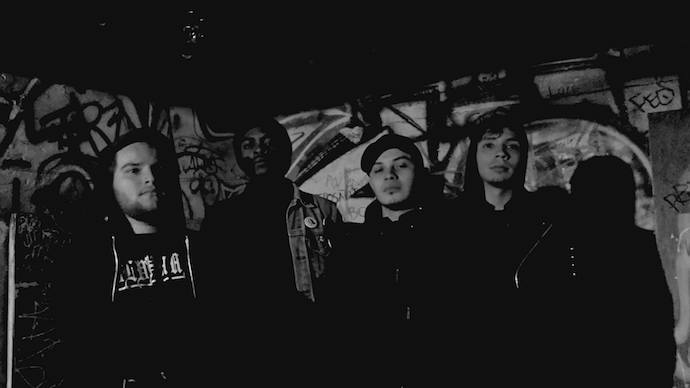 At the heights of its intensity, the song is a cacophonous cyclone of swirling, slashing guitar, brutal bass bludgeoning, thumping drum rhythms, and the kind of horrifying shrieks that spawn images of a man being drawn and quartered. The pace slows more than once, with the music taking on a depressive mantle, and the vocals turning to growls. A demented, pulsating riff surfaces as the song whips into a torrent again, and the finish is harrowing chaos.

All of this is accompanied in the video by creepy imagery that enhances the music’s disturbing effects.

It appears the EP is now projected for release in June. It will be interesting (to say the least) to find out what else it holds in store besides the two impressive singles we’ve premiered. For more info about the release as it appears, watch these spaces (and you can explore Galare‘s previous releases on their Bandcamp page):