The song is brilliant, and so at the last minute I’ve added it to this post in a prominent position. I’m now especially anxious to explore the rest of the album, which it seems I now have in my clutches. Something will have to yield to it today… perhaps food, bathroom breaks, interaction with my spouse… one must establish the correct priorities. 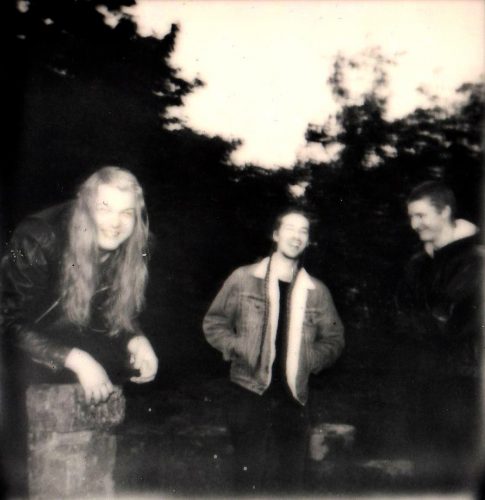 The new album is named Kelle Surut Soi, which we’re told means something like “Stormcaller”. It will be released by Naturmacht on April 29th. For this album, Havukruunu have been joined by a third member (Noitavalo) on drums, and this album has been arranged and recorded by Havukruunu as a full band.

The song below is “Vainovalkeat“. Its scintillating central melody spears the head right from the start, and the music surges with the relentless energy of a sunburst from there on. Although the vocals are lacerating in their intense fury, the music is heart-exploding in its passion and grand rather than grim, reaching a plateau of exuberant majesty tinged with melancholy by its finale. 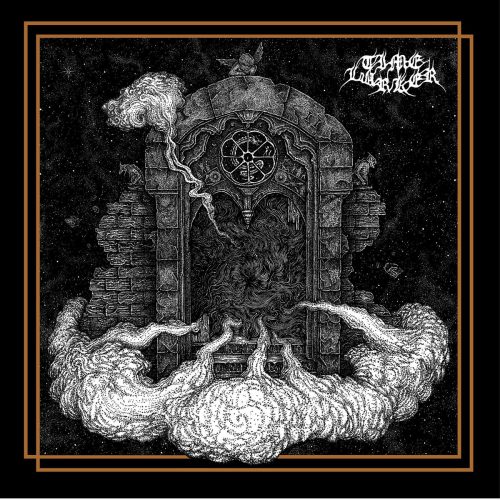 What I’ve included below are a new video for one of the new songs, “Whispering From Space“, plus a Bandcamp stream of “Ethereal Hands“.

The video may catch you off guard, since it begins with an excerpt from Perturbator‘s “De Neo Tokyo”, but once the tape is replaced, the music takes a sharp turn, with “Whispering From Space” building in intensity from a dark and ominous prelude. Otherworldly interludes and stately processionals segment the dramatic storms of sound, and the overall effect of this void-faring trip is a gripping amalgam of majesty, bestiality, chaos, and cold, alien predation.

“Ethereal Hands” plumbs the depths of deep, hostile space in similar fashion, blending fireball intensity with mesmerizing guitar emanations that become beautiful in their somber, spectral strangeness. It’s a dynamic and completely immersive song, and the vocals are wrenching in their skin-splitting extremity. 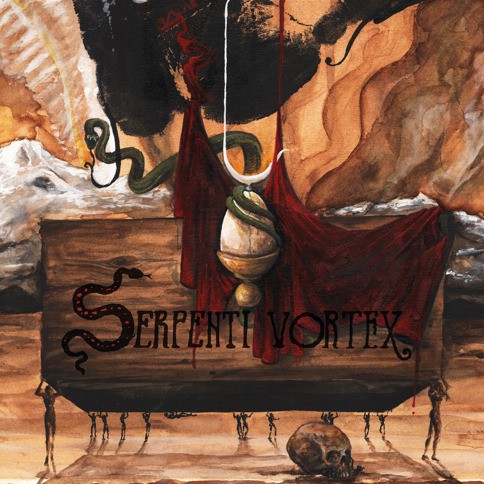 The Ukrainian black metal band Kaosophia released their debut album The Origins of Extinction in 2013 and are now about to follow it with a second full-length named Serpenti Vortex. It is embellished with cover art by the very talented Slovakian artist Dávid Glomba (Teitan Arts), and it will be out in vinyl editions on April 22nd via Lamech Records.

On Christmas Day of last year I included the first single from the album (“Enter the Devotion“) in another one of these SHADES OF BLACK features, and a second track called “Fall Into Singularity” was released for listening just a few days ago.

“Enter the Devotion” is tyrannical and magisterial, doom-shrouded and savage, hallucinatory and harrowing. The somber melody of the song’s introduction gives way to frenzy and unease in equal measure, with furious assaults trading places with slow, dissonant arpeggios. I applauded the changing dynamics of that song and its success in generating both blood-rushing energy and brain-twisting psychosis.

“Fall Into Singularity” is also harrowing, due in part to the terrible passion of the vocals and the searing intensity of the fierce, dramatic guitar melody. But this song, while incinerating in its force, has an atmosphere of mythic, warlike grandeur. It’s easy to be carried away by it from start to finish. 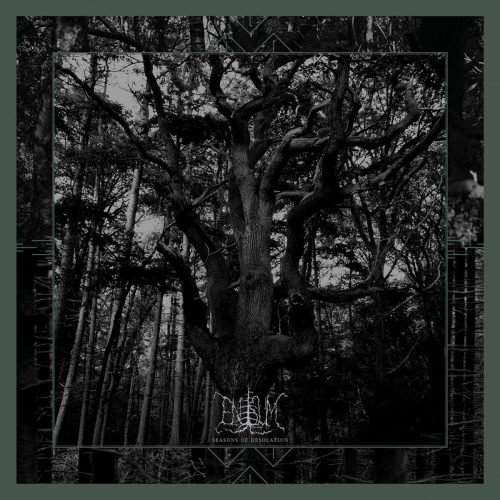 On April 27th Avantgarde Music will release the second album by the Italian band Enisum, with a cassette version coming from Fólkvangr Records. Entitled Seasons of Desolation, it was mastered by Jack Shirley (making his second appearance in this column) and includes a full line-up in which founding vocalist/guitarist Lys is joined by drummer Dead Soul, bassist Leynir, and female vocalist Epheliin.

I was utterly enthralled by the band’s previous album Arpitanian Lands, and have been looking forward to this new one. Below is an advance track named “Snow Storm“. The raking riffs and powerful drum performance pull the listener into a racing flood of sound from the beginning… which then relents, making way for a softer, beautiful arpeggio before the surge resumes, causing the blood to rush again. You may need to take some deep breaths after this one…. 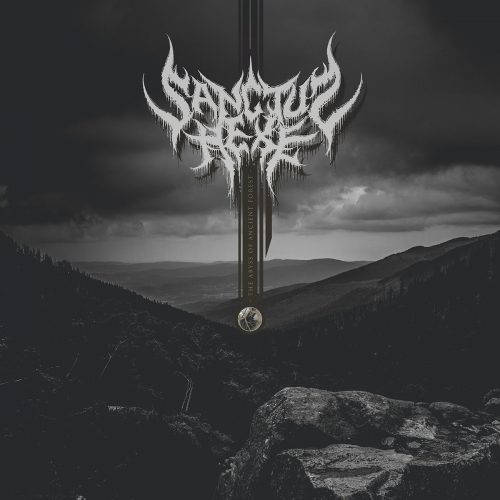 I’m now moving away from advance tracks from forthcoming releases and into a full album released through Bandcamp on March 31. This is another example of an album that I will probably never get around to reviewing despite how much I’ve enjoyed it. And so rather than give it no attention, I’m giving it inadequate attention and hoping that will prompt some of you to explore the album for yourselves.

This is The Abyss of Ancient Forest, the very accomplished debut album of a Polish black metal band named Sanctus Hexe. At full speed, it strikes with overpowering sonic force, with a deep, heavy undercarriage driving the music and piercing guitar vibrations lighting up these dark winter storms like lightning. While the full-throttle propulsive drive of the music is riveting in its ferocity, the slow, deeply melancholy passages, which are both chilling and mythic in their atmosphere and tinged with pagan/folk and symphonic elements, are also transfixing. And at times, the music becomes sweeping and glorious.

The album includes two instrumental interludes. Rather than filler, they are worth hearing in their own right. They cast deep, haunting spells in different ways.

The styles incorporated into these compositions will be familiar to devotees of cold northern darkness, but Sanctus Hexe are so skilled in their songwriting and performances that the album still stands out — dynamic, elaborately textured, emotionally powerful, intensely atmospheric, physically jolting, and quite memorable. 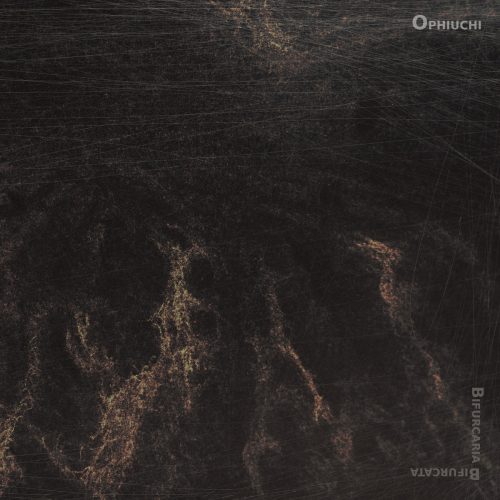 To wrap up this round-up I urge you to listen to the two songs I’ve embedded below from Bifurcaria Bifurcata, which will be released tomorrow by a one-man band from Pretoria, South Africa, named Ophiuchi.

You may wonder what these songs are doing here once you listen to the slow, haunting, folk-like first movement of the first song, “Vestibule”. By the time the second movement begins, and the shrieks and riff abrasion take over, it may become more apparent. But the song is impressively multifaceted, and continues to change, both revisiting the strange musical elements of the introduction and moving into earth-shaking sludge/doom territory, with an array of spectral clean vocals trading places with those cauterizing shrieks, and elements of progressive rock surfacing as well.

If the intricate and unpredictable stylistic twists and turns of “Vestibule” strike a chord in your head (as they did in mine), you’ll enjoy the even longer title track. It also moves among lighter and darker shades, and includes dramatic contrasts in volume and intensity. One minute it’s almost ethereal and wraithlike, the next moment it’s massively crushing, with thick distorted riffs doing their best to crack the pavement. A bass solo clangs away; the drums somersault and tumble; the guitar generates shimmering apparitions; hallucinatory bowing sounds intermingle with echoing tones and tribal rhythms; frenzied riffing meshes with flowing cosmic ambience; corrosive dissonance leads to bereaved doom dirges; and… there’s more… but you should probably just listen now.