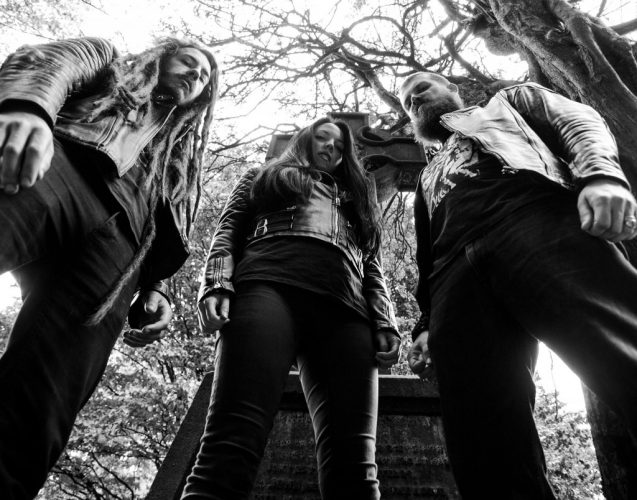 And what better than another edition of “The Best of British”, highlighting three more artists hailing from these green and pleasant lands? 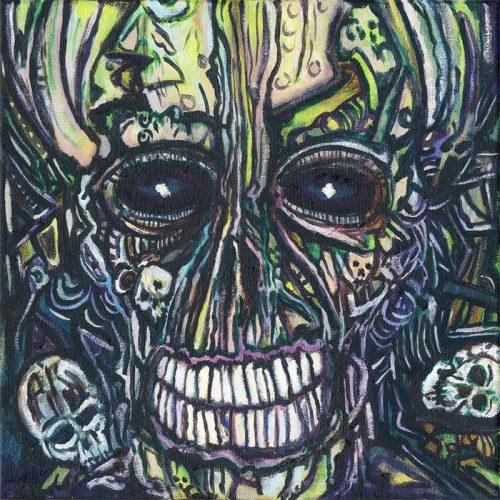 Right from the off, the second Coltsblood album lets you know that you’re in for one hell of a bleak and miserable time… in the best way possible, of course… with the murky riffs and moody melodies of its title track, a thirteen-minute monstrosity of dirge-like doom and cavernous gloom, packed to the metaphorical rafters with gargantuan, slow-motion grooves and hideous, guttural vocals, which serves as a veritable microcosm of the album as a whole.

It’s not all a one-pace affair, of course, with occasional bouts of brutal blasting or tumultuous thrash whipping the suffocating, asphyxiating atmosphere into a momentary frenzy, but overall the predominant speed of this record is somewhat akin to trying to drag yourself through tar with two broken legs.

If you’re prepared for that though – and trust me, this album is so horrendously doomy that a bit of extra preparation is probably wise – you’ll find lots to love here. Or loathe. Whichever is more appropriate.

The title-track is followed by the heaving, hypnotic lurch of “Mortal Wound”, where constricted tremolo lines and gut-rumbling bass wind around one another in a doom-laden dance of mutually assured annihilation, while the drums of Jay Plested move back and forth between a ponderous, elephantine stomp and a ravenous, raw-boned assault, after which “The Legend of Abhartach” drags you deeper into the abyss, while also teasing your ears with eerie glimmers of morbid melody amongst the rumble and grumble of Jemma McNulty’s ugly, uncompromising riffage.

These cyanotic veins of melody continue to rear their head during “Ever Decreasing Circles” (which sounds a lot like My Dying Bride… played at half-speed… at night… at the bottom of a well… in Siberia…) and provide some welcome contrast to the filthy growl of vocalist John McNulty, whose performance on this album could best be described as “harrowing” (again, in the best possible way).

By the time that the album’s final track (the aptly-named “The Final Winter”) draws to a close – after thirteen minutes of brooding, slow-burn misery – even the most committed doom-ophile is likely to be a little exhausted, as the whole affair really is a lot to take in at one go.

But if you like your Metal slow and steady, low-tuned and heavy, and thoroughly, unrelentingly, doomy, this is definitely worth checking out.

Ascending Into Shimmering Darkness will be released on April 21, 2017, via Candlelight/Spinefarm Records. 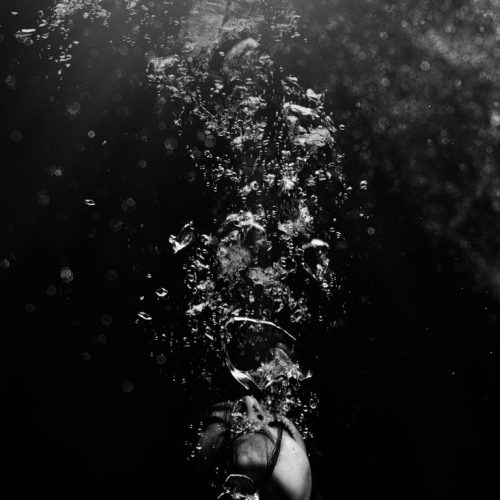 There’s a certain (and not entirely unwarranted) perception that Black Metal is a little too obsessed with nature at times, what with the almost uncountable number of bands deriving their primary inspiration from vast forests, empty plains, and soaring mountains.

Far fewer are those bands who attempt to capture the desolate savagery of the urban jungle.

Which brings us to Irwell, the debut album by Mancunian misanthropes Cold Fell, whose icy chill reflects not the silence of the snow-capped mountains, but the callous indifference of cold concrete.

Opener “Skull Crushed Against Salford Cobblestones” immediately sets the tone – ominous, oppressive, bristling with barely restrained violence – and delivers an immediate dose of pure rage and anguish in sonic form, all acid-scarred shrieks and skittering, scurrying drums, along with a battery of brutal guitars which twist and turn through a series of savage spasms and crippling convulsions.

“Bone Ceiling” is a veritable torrent of venom and vitriol set to a soundtrack of brutally efficient riffs and barbed, blackened hooks, one which asks no quarter and gives none in return, leading into the rampaging audio-vandalism of “Folly (Health and Glory)”, whose tooth-gnashing riffage and dissonant, poisonous melodies blast by at a truly berserk pace, interspersed with sudden and unexpected instances of unnatural tranquillity and sinister, off-kilter strangeness.

“Spleen I (In Vino Veritas)” is an ugly, asphalt-laced grinder of a song that conjures up a suffocating atmosphere of filth and smog, bass-lines slithering like gutter trash, cymbals shattering like broken glass, while “Spleen II (Bruised Like Fruit)” is a frenzied blast of blackened grind which whiplashes from post to post with no concern for the listener’s safety.

The concluding pairing of “The Whip (Armed to the Teeth)” and “Dream of Seppuku” – the former a devastating piece of galloping grimness and iron-clad intensity reminiscent of Gorgoroth (only with less “hail Satan”, and more “dark, Satanic mills”), the latter a frantic hell-ride through shadowy back-alleys and crumbling tenements, punctuated by brief moments of rest and respite amidst the crawling chaos – bring the album to a deeply disturbing, but undeniably effective close, making this one album you won’t want to miss if you’re in the mood for something that takes a stark and unflinching look at the harsh reality of everyday existence. 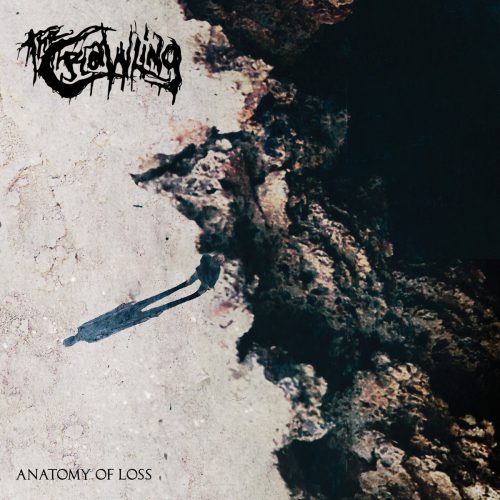 THE CRAWLING – ANATOMY OF LOSS

Death/Doom three-piece The Crawling issued their debut album, Anatomy of Loss, only last week, but it’s already racked up a number of positive reviews. And rightly so, as the Northern Irish triptych have produced one fine slab of moody metallic melancholy here, one which pays ample tribute to the band’s eminent forebears, but which isn’t wholly beholden to them.

Opener “An Immaculate Deception” sees the group putting their best foot forward, with an array of rippling Death Metal riffs and creepy melodic lead parts setting the stage for some gristly, gravel-throated vocals courtesy of Stuart Rainey and Andy Clarke.

Coming across as a rawer, deathlier Paradise Lost, or a grimmer, less gothic Novembers Doom, The Crawling may not be adding much new to the overall formula, but every track here is delivered with such obvious grit and gusto that you can’t help but root for them… particularly since the band (rounded-out by drummer Gary Beattie) prove themselves to be excellent songwriters in their own right on songs such as the simultaneously depressive/devastating “Poison Orange” and the harsh-yet-hooky “Acid On My Skin”, displaying a keen grasp of both mood and dynamic.

“All Our Failings” finds the group picking up the pace and leaning much more heavily towards the Death Metal side of things, delivering a plethora of cruelly catchy riffs, pounding chugs, and gut-rumbling bass lines in the process, all without ever abandoning the doomier side of their repertoire entirely (some of the chord progressions here are both soul-crushing and neck-wrecking).

By contrast, “The Right To Crawl” practically bathes you in melancholy melody right from the start, initially sounding like an unreleased Warning track sung by Nick Holmes’ angrier younger brother, before upending things with an injection of pure metallic adrenaline right to the song’s still-beating heart (including some bold, bombastic riff work in the song’s second half), after which the surprisingly spacious, early Paradise Lost worship of “Violence, Vanity, and Neglect” gives Rainey’s understated bass work a welcome chance to shine.

Climaxing with the sullen and mercurial strains of “Catatonic” – which builds from a somnolent, staggering start into an absolute behemoth of booming, bruising riffs and mournful melodies – Anatomy of Loss is another impressive entry in the ever-expanding Death/Doom canon. And while it doesn’t break the mould, it definitely gives it a bit of a shake up, and hints at even greater things still to come for The Crawling.