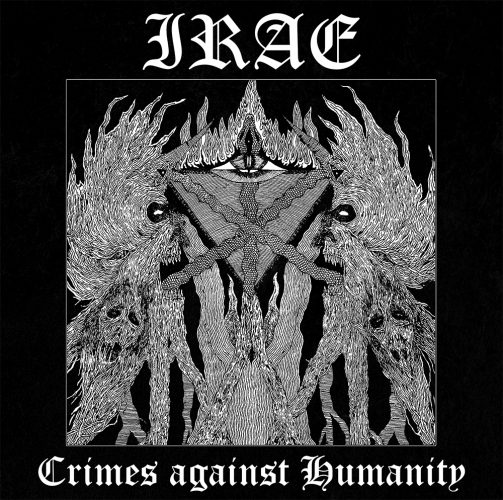 Over the course of the 15 years that have passed since the spawning of Irae in the Portuguese black metal underground, the project has been prolific, with Irae’s music being released in two dozen demos and splits, as well as compilations, live recordings, and three full-length albums, with the last album of new music being 2008’s Hellnation. On May 12th of this year, Altare Productions will release a new album by Irae entitled Crimes Against Humanity. One track from the album (“Genocide Journey”) has debuted previously, and today we bring you a second one, the song that opens the album, “In the Name of Satan“.

Operating from within a Portuguese alliance known as the Black Circle, Irae’s sole creator Vulturius has pursued a nihilistic vision of malice and misanthropy, and in this forthcoming album (to quote Altare) Irae “explores the lawless aesthetics of hate, extermination of feeble mankind and allegiance to the Adversary”. 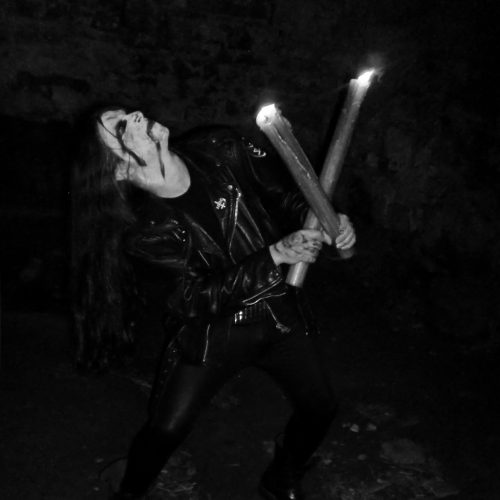 Befitting its title, “In the Name of Satan” is powerful and imposing, the impact of its fiery ferocity and chilling grandeur magnified through a production approach that provides clarity and immediacy without diluting the dismal soul of the sound.

There’s a moment early in the song when you’ll feel the force of its impact down to the soles of your feet, when the slow reverberating prelude of distorted yet melodious notes (and ghastly roars) gives way to an eruption of thunderous blasting and enveloping cascades of rising and falling guitar vibrations, its dramatic melody tinged with melancholy and torment, the roars turning to scathing howls.

The song tightens its grip on the listener’s throat as it surges ahead, becoming fiery and ferocious and then poisonous and evil. At its close, when the rhythm changes to a sulfurous and magisterial stomp, it summons the sensation of a looming and implacable terror.

Crimes Against Humanity will be released on vinyl, CD, and cassette tape. Look for announcements about how to acquire the album at these locations:

We hope you enjoy “In the Name of Satan“, and below we’ve also included a stream of the previously released track, “Genocide Journey“.