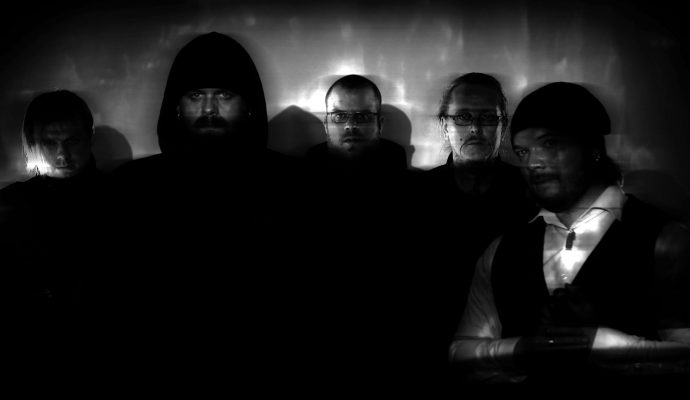 (We present Andy Synn’s installment of THE SYNN REPORT for April, encompassing the discography of the Finnish band Oceanwake.)

Recommended for fans of: Isis, In Mourning, Swallow The Sun

April has been a remarkably busy month for me, both in my personal life, at my job, and with the band(s). Which, as I’ve already stated, means I’m well behind in my writing for NCS, and hence why this latest edition of The Synn Report is coming in so late.

This month’s selection, Finnish Prog-/Post-/Doom metallers Oceanwake, now have three albums to their name (the most recent of which was only released last month), each of which is practically overflowing with gigantic, mountainous riffs, moody melodies, and crisp, cathartic vocals, all wrapped up in an ever-present aura of atmosphere and ambience that ebbs and flows, swells and contracts, like a living, breathing organism.

So if you’re in the mood for some truly compelling, effortlessly organic, metallic doom ‘n’ gloom – and aren’t afraid of songs that stretch into the double-digits – then please, read on. 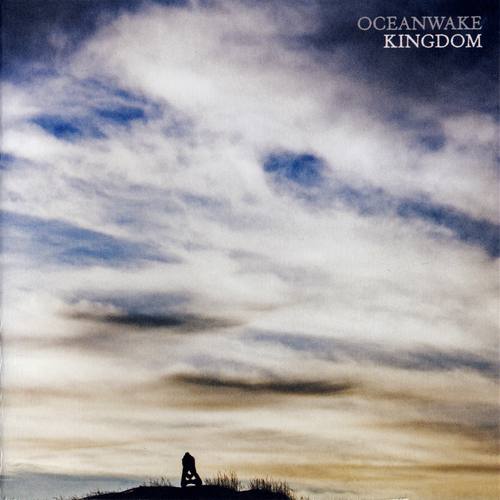 The band’s debut album is actually their only release to feature several numbers which hover around the five-minute mark although if you take the first three tracks to be part of one single song, split up into three distinct parts, that really only leaves track four (“The Words of Gods Lie Among Us”) as the outlier.

The aforementioned three-parter (“Carriers”) begins with “Carriers I: …and Kingdom Came, Chaos Ensued”, five minutes of rippling distortion and solemn melody that wash over you in waves of doomy grandeur, interspersed with the gruff, guttural vocals of Eero Haula, after which “Carriers II: Luminous Waves” pushes things in a more Post-Metal direction, erring more towards the melodic/atmospheric end of the spectrum (particularly during the song’s first half) without cutting back on the heaviness.

The final part of this opening triptych,“Carriers III: Obsidian Tide”, provides the listener with just over eleven minutes’ worth of massive riffs and surprisingly menacing melody, the chugging guitars of Ville-Veikko Laaksonen and Martti Koski delivering an impressive array of powerful hooks and poignant harmonies along the way, after which the slow, atmospheric build-up of “The Words of Gods Lie Among Us” demonstrates that the quintet are just as capable of delivering the goods in five minutes as they are in eleven.

The back end of the album, however, is where things start to get really interesting, with the ambitious (and extensive) strains of “Aeon Trail” really showcasing the band’s burgeoning compositional skills, as the track moves through multiple movements – from grumbling Doom to enigmatic Post-Metal to shivering ambient minimalism – without ever threatening to lose its way or go astray, while also providing a perfect opportunity for the rhythm section of Jarkko Mäkelä (bass) and Mikko Kulju (drums) to show off their skills.

Concluding with the patient potency of “Come Forth, A Breaking Light” – almost twelve-minutes of shimmering light and brooding shade, not to mention some incredibly raw and rancorous riff work – Kingdom is one of those albums which, while still a little rough around the edges, immediately lets you know that this is a band with an unbelievable amount of potential… 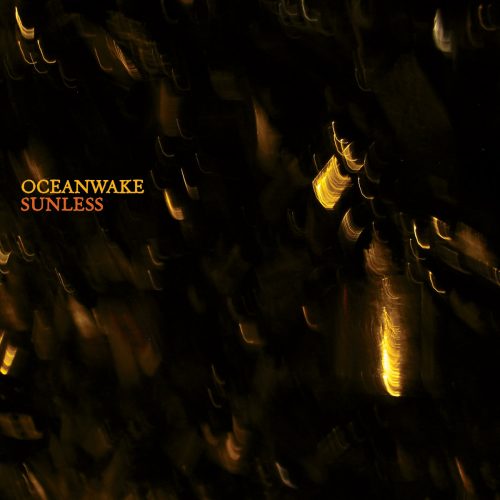 …potential which the band would go on to realise quite quickly with the release of their second album, Sunless, a little under two years later.

Beginning with the utterly spellbinding “The Lay of A Coming Storm”, it’s immediately apparent how much of a step up this album is from their debut. Everything sounds tighter, bolder, and more confident. The production is crisper, cleaner, yet hasn’t lost that raw, ravenous sense of energy. And the vocals in particular sound more furious, and more focused, than ever, with the contrast between sullen growls and somber cleans proving to be yet another feather in the band’s already impressively-plumed cap.

Perhaps most importantly of all however, “The Lay of A Coming Storm” provides an immediate insight into how much the band have progressed and improved as songwriters, as the fifteen minutes and thirty-eight seconds which make up this track seem to practically fly by, every subtle shift in mood and tone, every unexpected twist and turn, delivered in exactly the right place and at the right time, every section building naturally on the one before it, so that the whole is far, far greater than the mere sum of its parts.

If you can get past the opener without feeling the urge to replay it several times, you’ll come to the nine-minute majesty of “Parhelion”, where mighty riffs crash like breaking waves and bleak melodies cascade like falling rain, before a mid-point transformation shifts the song into an even moodier and more melancholy form, before building once more towards a final climactic crescendo.

“Avanturine”, the shortest track on the album, leans more the Prog/Post Metal side of things, the Finnish fivesome really taking their time to build the atmosphere and dynamic along the way, with Haula putting in a notably intense and visceral performance behind the microphone at times – while also having the wherewithal to step back and to let the music breathe on its own terms where necessary.

Sunless concludes with the grumbling, gut-rumbling grooves and booming percussive patterns of “Ephemeral”, a near-perfect study in contrast between rough-hewn riffs and crystal-clear melody, raw-throated vocals and soothing ambience, which also features some truly gorgeous and evocative lead guitar work to further sweeten the deal. 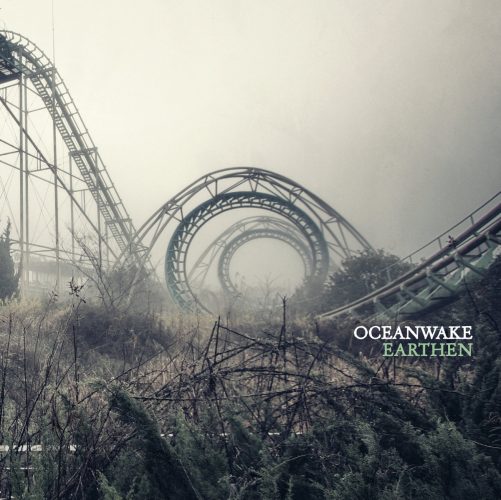 Album number three is yet another big step for the band, comprised as it is of a mere two songs, the titanic “A Storm Sermon” (21:09) and the colossal “In Amidst the Silent Thrones” (24:04), both of which are a testament not only to the band’s ever-expanding ambition, but also their ever-improving abilities as composers and song-writers.

“A Storm Sermon” builds slowly, two and a half minutes of eerie, ominous ambience eventually erupting into a cosmic conflagration of gargantuan Prog-Doom density and distortion, all harrowing vocals, heaving chords, and grim, spine-chilling melodies.

It’s by some measure the darkest thing the band have done thus far in their career and, over the course of the next seventeen minutes or so, things only get darker, as the track progresses through passages of cold, mist-shrouded atmosphere, solemn, soul-crushing melody (including some truly gorgeous, yet grim-faced, clean vocals), and monstrous, yet subtly melodic, Doom riffs, eventually culminating in a truly crushing, utterly thunderous finale.

Thankfully, “In Amidst the Silent Thrones” starts off with some calm, quiescent clean guitar work… though this momentary interlude is quickly shattered by an explosion of nerve-jangling dissonance and clashing, clanging guitars. Yet this in turn soon gives way to a soothing balm of aching ambience, which is just as quickly washed away by a downpour of dour metallic doomery and sweetly-sullen melody.

And so it goes for another twenty-ish minutes, moving back and forth between moody minimalism and ear-bleeding volume – sometimes heavier, sometimes lighter, sometimes more melodic, but always unerringly intense, even at its quietest.

By the time the song begins to build towards its climax, starting at around the nineteen-minute-mark with some emotive, enigmatic clean vocals, you’re likely to feel almost completely drained of emotion, yet the band aren’t quite done with you yet, bringing forth one final hypnotic refrain – a singular, swirling tremolo lead, winding and weaving through the crashing riffs and splashing cymbals — to lead you to the finish line at last.

As listening experiences go, this is certainly one of the most fulfilling and most intriguing, I’ve encountered in some time. It’s certainly a demanding album, that’s true, but it’s one which rewards the dedicated listener tenfold.