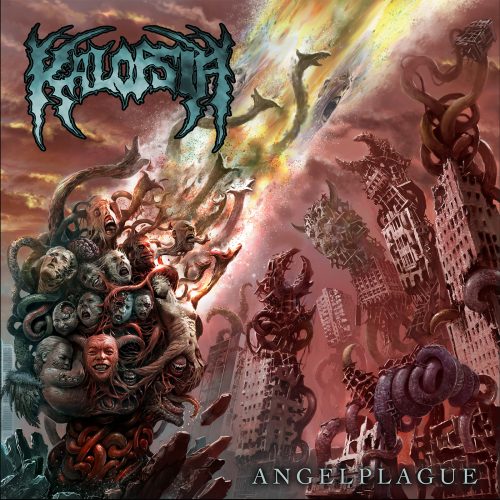 May 19th is the date set by Horror Pain Gore Death Productions for the release of Angelplague, the third album by the New Jersey death metal band Kalopsia. And if you have no good idea what the music will be like, take a close look at that jolting cover art and contemplate the flames, the agony, the mutated horrors, the skyscrapers themselves transformed into demonic monsters.

The cover art is a real grabber, and so is the song from Angelplague that we’re bringing you today, fittingly entitled “Scorched Earth and Blackened Skies“. 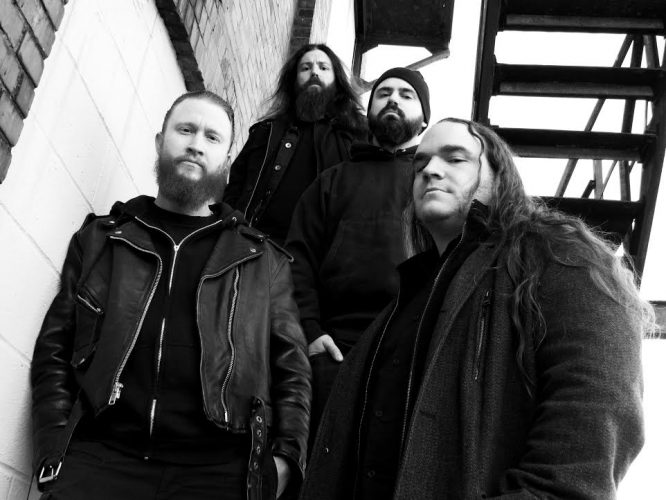 This track is a full-throttle assault, but a dynamic one, notwithstanding its balls-to-the-wall intensity. There’s a truly pummeling drum performance that keeps the song in marauding mode from start to finish, though the changing rhythms in the track are an important part of its dynamism. Along with the punishing grooves, adrenalized galloping,  and percussive  somersaulting, the riffs change as well — pulsing one minute, seething the next — and there’s a melancholy melody that comes and goes through the mayhem, and eventually it becomes soaring and sweeping as well. With the vocal savagery in the mix, ranging from skin-pealing shrieks to serrated howls, the song earns its name: “Scorched Earth and Blackened Skies”.

One Response to “AN NCS PREMIERE: KALOPSIA — “SCORCHED EARTH AND BLACKENED SKIES””