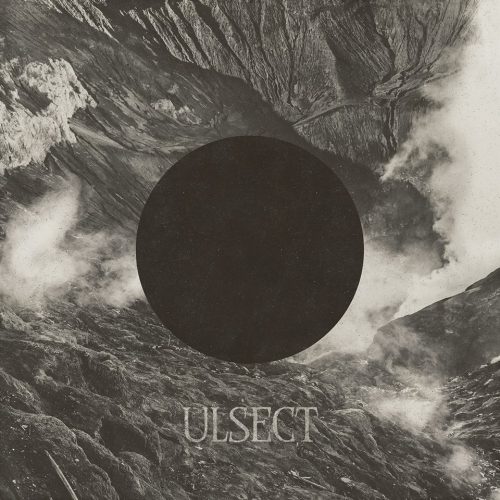 (Andy Synn reviews the self-titled debut album by the Dutch band Ulsect, which will be released on May 12 by Season of Mist.)

It seems like you can hardly turn around these days without tripping over another angular, off-kilter Death Metal band who worship at the throne of Gorguts/Deathspell Omega.

I’m not quite sure when, or how, it happened, but someone somewhere appears to have opened the floodgates, and the torrent (ok, maybe “torrent” is pushing it) shows little sign of dying off just yet.

As a result it’s more important than ever to learn how to sift through all the dross, panning for those morsels of burnished gold which shine brighter than all the rest. 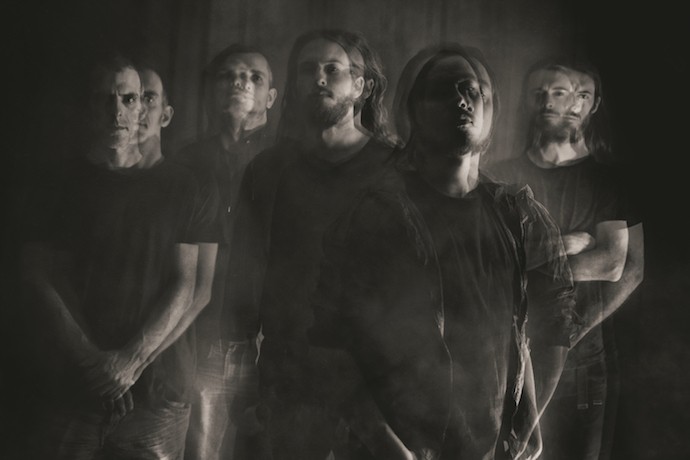 Comprising current and former members of bands such as Textures, Dodecahedron, and Encircled, Ulsect are the latest band of dissonant dissidents to fall into my grasping hands, with a self-titled album combining the distressed and discordant vibes of the aforementioned Gorguts with the coiled riffs and vertebrae-crushing rhythms of Meshuggah (though don’t you dare call them “Djent”).

Of course those comparisons don’t tell the whole story – they’re just a nicely off-the-cuff way to put you in the right mood, and the right headspace, before we dive deeper into the nitty gritty of the band’s impressively dense and distorted debut.

I won’t spend too long on opener “Fall to Depravity”, as Islander covered it pretty well when we premiered it here back in February, particularly when he drew attention to the dichotomy between the “violent seizures of sound” and sudden explosions of “vast, void-like space” which populate the track.

What I will say though is that it’s this very sense of dynamic, this sense of push and pull – songs expanding and contracting, building and then collapsing – which gives the album as a whole its true power and potency. As utterly dense and unyielding as the riffs on tracks like “Our Trivial Toil” and the scorched-earth assault of “The Endling” may be, the juxtaposition of their seething sonic intensity against moments of creepy, contemplative calm only serves to multiply their impact tenfold.

Credit must be given to the band’s rhythm section too, however, with Jasper Barendregt laying down an absolute cacophony of erratic, extra-terrestrial patterns and inhuman blastbeats behind the kit (see the neck-wrecking “Unveil” for a prime example of the man’s punishing percussive prowess), while the gargantuan low-end presence of bassist Dennis Aarts permeates the very fabric of the album in a way that’s not so much heard as it is felt on an instinctive, gut-level.

Along with the bands referenced above, comparisons to New Zealand all-destroyers Ulcerate are certainly valid as well, with both bands producing a superficially similar cataclysmic racket — although I’d hazard to say that Ulsect tend a little bit towards the moodier and more “melodic” (to slightly abuse the term) end of things in the long-run, with songs like the eerily atmospheric “Diminish” and the gloom-laden “An Augury” providing a perfect showcase for the collective’s darker, doomier ambitions.

Concluding with the monolithic slow-burn of “Maunder” – as effective a microcosm of the album’s multi-faceted metallic methodology as you might ask for, as well as a frankly rather visceral display of brooding bombast and ambient aggression in its own right – Ulsect’s self-titled debut immediately marks them out as ones to watch in my book.

In a field that’s already starting to seem a little over-crowded with copycats and sound-alikes this is one album that stands out head and shoulders above the rest.