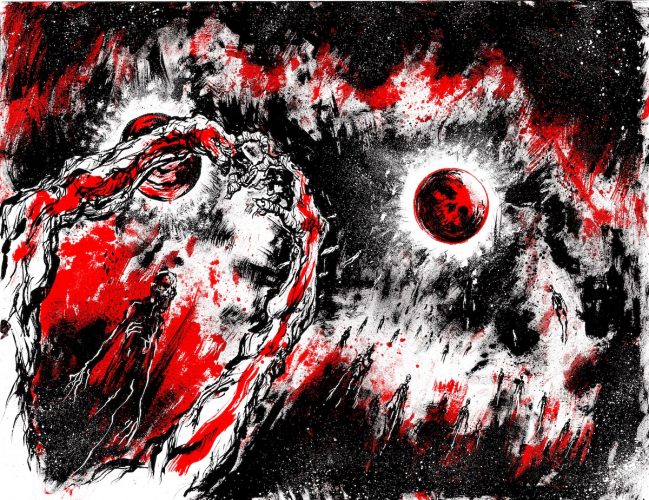 And now we will face the challenge of deciding which of these two new songs to pick for the 2017 edition of that list — because both songs surge with infectious energy, both of them immediately appealing at the first listen, and both of them persistently boiling in the listener’s mind long after they end. 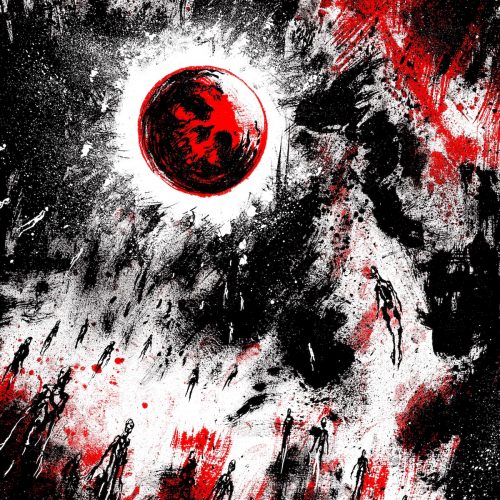 In their emotional resonance, both songs seem to straddle a line between explosive, heart-swelling exuberance and the turmoil of emotional breakdown. Perhaps each listener’s own mood and state of mind will determine which sensation will prove to be the most powerful, and perhaps for that reason what you get out of the songs may change from day to day.

The beautiful chiming notes and the deep, booming bass and drum rhythm that launch “Acts of Penance” are gripping from the first seconds. There’s an edge of agony in the music, as well as a feeling of soaring exultation, with the wrenching, skin-flaying vocals magnifying the dark shadows in this blaze of sound. While the music’s intensity never really relents, the riffs become hard-punching, the mercurial bass line is thoroughly engrossing, and the changing drum rhythms are consistently electrifying. The clean vocals that appear near the end are also a great addition. As a kind of blending of post-punk and black metal, “Acts of Penance” soars….

“Edges” is likewise fueled by electrifying energy, but is perhaps a darker, more emotionally fracturing, and more physically jolting piece of music, with those deeper shades of black announced from the very beginning by the instrumental intro. Yet there’s a turbocharged, pulsing quality to the riffs, and the bass work is molten. Like the EP’s first song, the rippling melodies in this one get stuck firmly in the mind; like the first song, the music is an emotional powerhouse. 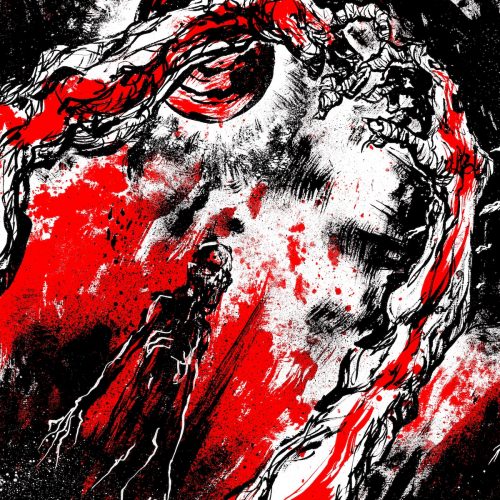 The time-lapse video is set to the music of “Acts of Penance“, and it’s fascinating to watch Kim Holm create the cover art for the EP. He explains how he approached this work:

“Last fall I got sent the demos for the two tracks for the upcoming Vinterbris EP Ad Absurdum, as inspiration to make the cover by. The only plan I had was that it was to be a single image as a wrap-around cover, in red and black. The rest was all to be the music channeled through my brush, without any plan, concept, or forethought. This is the timelapse video of how it went.”

And perhaps we are also influenced by his artwork in sensing both fire and darkness in the atmosphere of these songs.

Ad Absurdum was mixed and mastered by Tor “Ninja” Vegard Aksnes. It will be released through multiple digital platforms on June 6th, and a vinyl edition is expected later. Watch these spaces for further news concerning how to acquire the release:

2 Responses to “AN NCS EP PREMIERE: VINTERBRIS — “AD ABSURDUM” (AND A VIDEO BY KIM HOLM)”