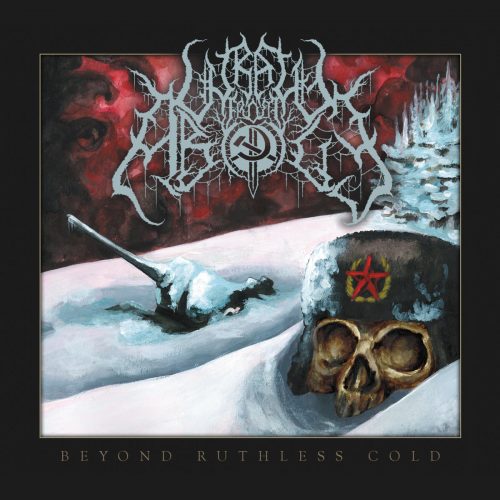 (Andy Synn reviews the debut album by Wrath From Above, released in February by Apathia Records.)

99% of the time when you see Russia mentioned in the media these days, it’s invariably something bad. Whether it’s the annexing of the Crimea, the potential involvement/collusion of Russian interests in influencing the outcome of the US election, or just seeing a topless Putin riding a tiger… it’s never pretty.

Thankfully, Wrath From Above are capable of bucking that trend with aplomb, and their debut album, Beyond Ruthless Cold, is one scintillating (hyper)blast of pure sonic savagery. 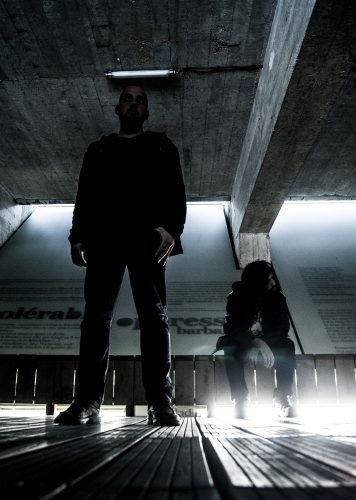 The duo, originally from Moscow but now based somewhere in France, take as their primary influences the blitzkrieg blastery of Panzer Division-era Marduk and the pandemonic punishment of early Anaal Nathrakh, and… well… that’s it really. It’s just pure, unadulterated aggression and weaponised noise from start to finish. No muss, no fuss.

As a result there’s nothing really new here. No twists or turns or attempts to be progressive. Just forty-two (and a half) minutes of unforgiving venom and vitriol that pulls no punches and offers no quarter.

But, despite being a relatively straightforward affair – speeds vary from blistering (“Permafrost”) to face-melting (“Storm the Sky”), and the drums rarely stop blasting – that doesn’t mean that Beyond Ruthless Cold doesn’t have a few tricks up its sleeve.

For one thing, even though every one of these songs is delivered with all the subtlety of being bludgeoned into submission by a baseball bat wrapped in barbed-wire, Antar (guitars/songwriting) and DM (vocals/lyrics) aren’t afraid of delivering a few stinging, flesh-ripping hooks along the way, and you’ll find a surprising number of these scathing riffs bouncing around in your head like left-over shrapnel for quite a while after the album has finished.

My personal favourite moments however come in the second half of the album, when the band lean in harder towards the Anaal Nathrakh side of things (albeit, without the extravagant melodic vocals or groovesome industrial undercurrent), as numbers like “Besieged” and “Everlast” showcase some surprisingly catchy high/low vocal interplay, as well as some subtle use of menacing melody, which really helps them get under your skin… a bit like trenchfoot, or gangrene… and provides just that little added touch of variety amongst the otherwise unrelenting brutality.

So if you’re looking to get utterly pulverised… then I honestly can’t recommend this album enough.

4 Responses to “WRATH FROM ABOVE: “BEYOND RUTHLESS COLD””