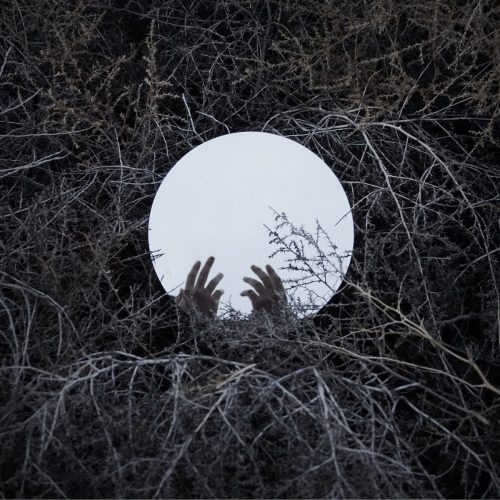 Tomorrow (May 26) Fragile Branch Recordings will release the self-titled album by the black metal duo Wreche, and today we premiere a full stream of the album for you.

This is an album I listed back in early January as one of my own eagerly anticipated 2017 releases. I didn’t expect it to sound like anything else, based on what I knew then about the band’s music, and indeed it doesn’t.

If you’re unfamiliar with Wreche, the lead instrument is the piano, accompanied by voice and drums. And by way of further introduction, I’ll quote this eloquent description of some of the sensations of the music: 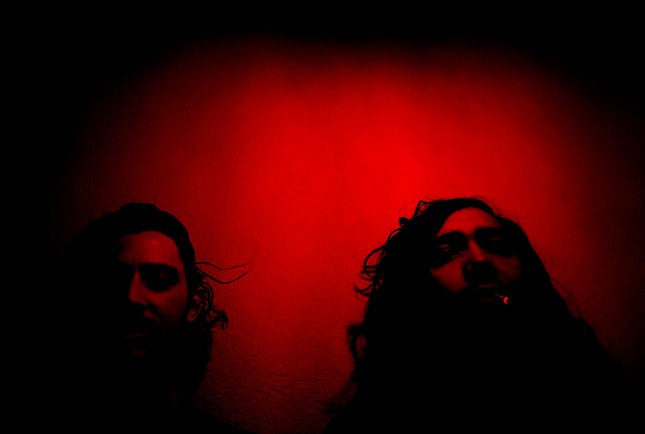 “The old piano wire creaks and whines as the hammer turns, wrenching the pin from the rotted maple. Steel clinks and piles upon the concrete while the wires twist and fall, knotting like weeds. As the spirit is pruned, it protests gently, plying the old songs — a final ghostly stride through the mind’s quiet gramophone.”

The members of Wreche are John Steven Morgan (piano, vocals) and Barret Baumgart (drums), and this is the latest venture in a long-standing collaboration between the two. In replacing the guitars of black metal with the kaleidoscopic percussive sounds and stylings of the piano, Morgan has twisted and expanded the genre’s musical antecedents in eye-popping ways, creating music that’s adrenaline-triggering, mind-bending, and utterly fascinating.

The first song from the album I heard back in January was a track named “Angel City“. It combines hard-driving percussive propulsion and discordant piano chords and arpeggios, with high, banshee shrieks expressing the lyrics. Eventually the song becomes even more wildly exuberant and unhinged than it sounds at the beginning, with the rocketing double-bass and a maniacal keyboard performance backed by a drifting ambient shimmer and a gravel-throated bass line. At the end, it becomes a grim, skull-splintering stomp. The piano performance is jaw-dropping and the drumming is a match for it.

I wondered, as I know others have, how this unusual assault of sound would hold up over the course of a full album. And the answer is, it holds up astoundingly well, in part because the album isn’t a non-stop assault on the senses (it’s haunting and dreamlike, as well as jarring and disorienting), and in part because the assaults that it does mount don’t all follow the same strategy of conquest. These collisions of sound and style, and the interplay between piano and drums, prove to be immersive over the length of the album precisely because they’re so unusual, so well-conceived, so fascinating, and performed with such remarkable virtuosity.

Moreover, the album is arranged in a way that inexorably draws the listener deep down into this dark well of spells. You will miss much of its animating spirit, and much of its impact, if you don’t start at the beginning and stay with it straight through to the end.

And with that, I’ll leave you with these meditations accompanying the album from Wreche, who are based in Los Angeles, the city of angels, the city of shattered dreams:

“There’s nothing here but heat and dust, dust and light, time and space—no great upheaval beyond the mute accumulation of aeons, no setback beyond the routine catastrophe of morning sunrise. Daylight sears and returns every speck of rock and sand, every pore and follicle of human pride and daily grime, each miserable stick of charred inedible plant life back to the perfect sterility of lunar space. What passion could be conceived here, what sin, what germ?

“In the shade it’s 129 degrees. On the asphalt it’s 180. In such climate the body can lose a gallon of water in just a few hours. As the brain begins to coagulate it envisions water everywhere. Across the road, the dead lattice of the dwarf trees twists, blurs and pulses like seaweed inhaling the crests of coastal waves. The undulating layers of fossilized strata stain the cliffs with the leak and drip of virgin springs. The highway mirage ripples cold with alpine refreshment. The pale granite domes high above the scrub pines scream of melting snow. The coyote rotting off the roadside reeks of healing sulfur hot springs. Water — the last thing you’ll find and the only thing you need.”

The album was mixed and mastered by Colin Marston at Menegroth, The Thousand Caves, Queens, NY. Credit for the artwork and design goes to Max Moriyama and Athena Wisotsky.