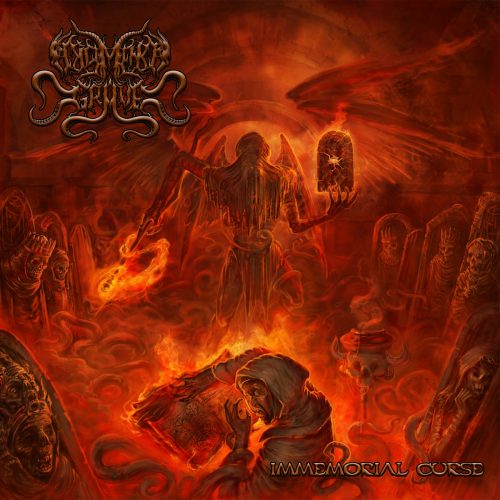 The members of Dig Me No Grave were all born and live in Vologda, Russia. Their debut album Cosmic Cult was released in 2014, and that was followed by several shorter releases. Their new album Immemorial Curse is set for a joint release on June 15th by Satanath Records (Russia), Sevared Records (U.S.), and Wings of Destruction (also Russia).

Two songs from the album have been released for listening so far, both of which we’ve written about previously, and now we bring you the premiere of a third one — which bears the band’s name: “Dig Me No Grave“. 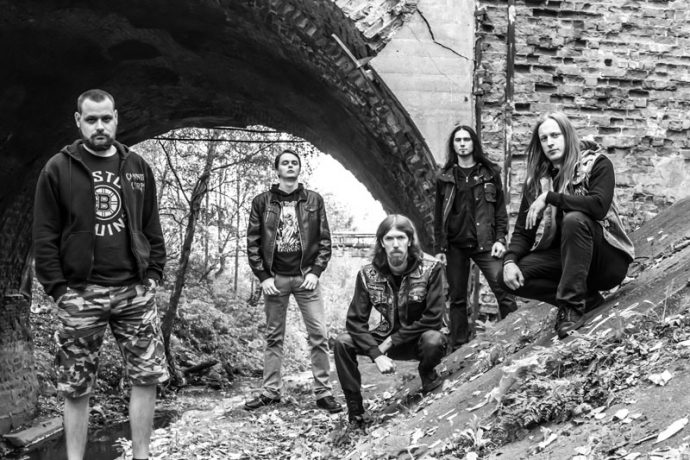 “Cursed Acheron” is the song that first brought this album to our attention, and it’s a serious neck-breaker, squealing and jabbing and chugging with murderous intent and moving like a big heavy death metal juggernaut. It’s a dismal and destructive slab of hungering darkness with deliciously cavernous growls, massive grooves, and a slithering, exotic solo that’s mesmerizing.

There’s more killer old school marauding to be found in the song we’re premiering, which combines vicious buzzing riffs that ooze malignancy with massive booming grooves. When the rampaging pace slows, the hammer blows become even more crushing as the lead guitarist perpetrates an eye-opening solo. There’s a classic old-school feel to the song. Drawing upon both European and American antecedents, Dig Me No Grave deliver this well-written track with sure-handed mastery.

So check out this new song below, along with “Cursed Acheron” and the lethal “Ritual Slaughter“, which is that other song that debuted previously.