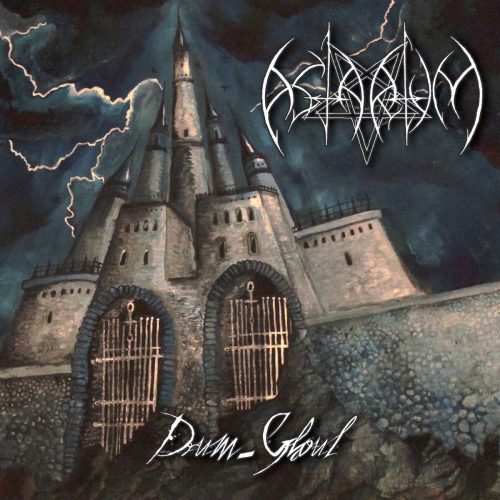 Prepare to enter a strange, mad world of creeping horror and demonic delirium as we premiere a track from the new album Drum-Ghoul by Astarium, a one-man symphonic black metal project from Novosibirsk, Russia. Before offering a few thoughts about this particular song — “Hospitality of Demon” –I’d like to share a few words by Astarium that shed light on the tale told through the album:

“Lightning lit up the sky, covered with low clouds, the rain did not cease for a minute. I drove the horses drowning in the mud to the hill that was visible in the distance. Suddenly, a new bright flash lit up the bulk, which grew right in front of me from the darkness. It was the castle ‘Drum-Ghoul‘!

“The gray, dilapidated walls and ivy towers spoke of their age. On all lay the seal of despondency and desolation. The locals were afraid to approach the castle to the horror and avoided it. However, I abandoned all prejudices and, trying to escape the anger of the elements, I already knocked at the gate. Suddenly the doors opened. Then I did not even suspect that I was entering the gates of hell…” 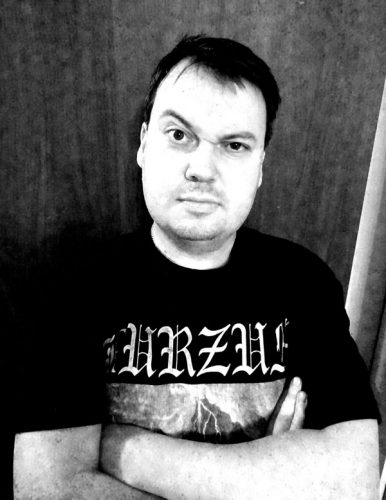 And so we come to “Hospitality of Demon“, a song that is a metamorphosis, one that begins sparely in a mid-paced rhythm and builds to a torrent of powerful sound. The thread that connects the changes is a spectral, folk-tinged keyboard melody that courses through the minutes, a chilling tune but one lit by an otherworldly gleam, as if tinged with phosphorus.

At the outset, that melody is accompanied by a pulsing bass rhythm and an even more spectral and sinister surrounding of ambient tones and a voice barking unidentifiable words. The drums come in, along with a layering of abrasive riffing, and the song begins to canter, the energy building to head-moving levels, swinging and swirling in a mad carnival dance.

And then the song erupts in a gale of blasting drums, hail-storming guitar, vicious barbed-wire growls, and grotesque croaking utterances. The song draws you in, picks you up, and spirits you away….

Drum-Ghoul will be released in June 17th by by Satanath Records’ sub-label Symbol Of Domination (Belarus) and by More Hate Productions (Russia).

Have a listen to “Hospitality of Demon” below, along with a previously premiered track (which is a free download at Bandcamp), “Dread Asylum“.