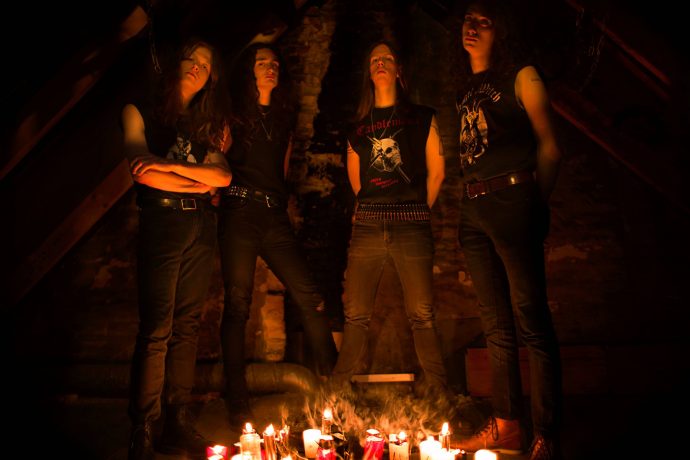 (We present Argentinian writer Matías Gallardo’s interview of Oskar J. Frederiksen, vocalist and rhythm guitarist of the Danish band Slægt, whose excellent debut album Domus Mysterium was released on May 5 by Ván Records.)

If you already know Denmark’s prodigal sons Slægt then you are aware of the amazing tunes they’ve been putting out since their formation in 2011. If not, then you should know they initially started as a black metal band with ties to the traditional sound of the genre, but mutated into a completely different beast with 2015’s EP Beautiful and Damned, a surprising collection of songs that mixed the dark atmosphere of black metal with the electricity of classic heavy metal heroes like Iron Maiden or Denmark’s coolest granddads Mercyful Fate.

After signing with German cult label Ván Records, this year saw Slægt taking their music to a new level with Domus Mysterium, an album that blends sophistication, aggression, and melody in equal parts and should grant this four-piece a place amongst the most exciting new bands in the extreme metal scene. Oskar J. Frederiksen is the lead vocalist, lyricist, and rhythm guitarist of the band and he kindly answered the following questions for NCS. 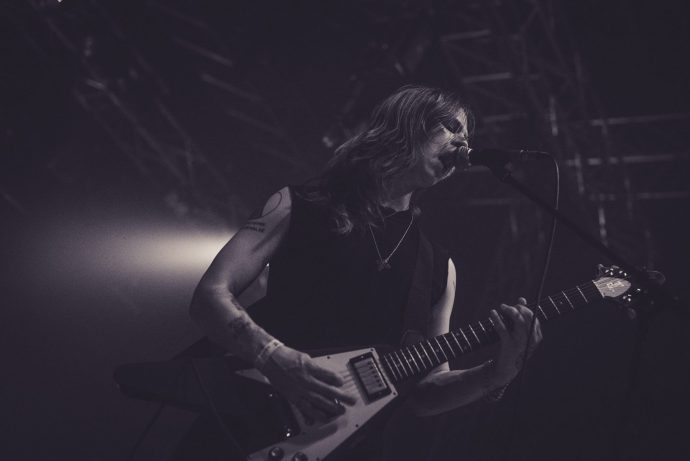 First of all, thanks for taking the time to answer my questions. Before we start talking about Domus Mysterium I’d like to talk about the musical change between Ildsvanger and the Beautiful and Damned EP. There were only three months between each release, so what motivated you to include a more classic heavy metal feeling into the music of the band?

You are welcome. To answer this first question of yours correctly, you have to see things from our perspective. Songwriting for Ildsvanger ended in 2012, and the last notes of that album were recorded in summer of 2014, so when it was released (January 2015) it was in a creative sense already a very closed chapter. If you just look at the release dates, then yes: There is a dramatic shift between those two releases. But in our world, they are very far from each other and that is purely because of that gap in time. We don’t like to lay still, and if the next release after Ildsvanger had been written not so long after, the changes would probably not have been so drastic.

With regard to incorporating more heavy metal sounds, etc.: That is just how we write, and it felt natural/good to make the songs sound that way. We never strive for anything particular apart from making the songs the best they can be, without regard to trends, outside opinions, or egos.

In that sense, what bands or albums would you say have influenced the band’s work during the last couple of years?

A lot! To say the least. Too numerous to mention here, all over genres/styles, ages, territories, and so on. Classic bands, contemporary acts with fiery spirit, books, movies, visual art, you name it. But I would say that the overriding influence in this project is our sense of placement in this world and that whatever we have learned or adapted from artists we admire, we use to channel or express what we need to say.

Domus Mysterium feels like a natural successor of Beautiful and Damned. Do you agree?

Yes, I do. But I also think that what we have done so far has been a natural progression  from whatever has gone before this or that particular phrase, song, or release. We strive for continuity, and hope we can achieve a kind of common thread all the way through, until we eventually fold the project one day.

If I’m right, the phrase “Domus Mysterium” is Latin for “Familiar Mystery”. What’s the origin of such title?

As far as I’ve understood it, it actually means “the house of mystery”. I took that idea from a Leonard Cohen song: “Seems so long ago, Nancy”. In this song he talks about Nancy and her father being inside the house of mystery, where she cannot go and visit him. Later on in this song, she (as far as I understand it) dies and can finally visit her father in this strange place. So it is just another word for death, to me at least.

Would you say there’s a lyrical concept throughout the whole album? If so, how would you describe it?

I didn’t sit down and think about a concept before the lyrics on Domus Mysterium were written (I never do that – I take it song by song). But reflecting about matters such as these post-conception, there is no doubt in my mind, that the lyrics for these songs touch upon exactly the same matters as on every other Slægt release (or perhaps track) so far. It feels to me like they all deal with drastic change (death) and/or longing for another place, a sense of misplacement connected to being alive. Of course, each individual track deals with it in a unique or specific way, but the underlying feeling is the same, just painted differently or viewed with another set of glasses, compared to the song that came before it. So yes, in a sense there is a lyrical concept, but it was not constructed intentionally per se.

Domus Mysterium’s album cover depicts a symbol the band already used on the previous EP. What’s its name and what does it mean?

Our symbol is called “The Eye of the Devil” (as is the song on the album). The symbol is personal to us, and has no connection to anything else. and we see it as a representation of a core of energy, where the energy is so strong that it cannot be contained, thus it breaks free and affects its surroundings. It came up by chance: In the Swedish children’s book “Brothers Lionheart” there is a tyrant called Tengil. In the film version of the book he has a mark/symbol. We took that one day, and combined 4 of them. This led to us finding our symbol by chance. We like the connection to “Brothers Lionheart” and the opposing of the tyrant in that story.

The song ‘Domus Mysterium’ is not only one of Slægt’s most impressive songs, but also the longest you have recorded so far (almost 14 minutes). How different was the writing process for that particular song compared with the rest of the material on the album?

It was actually not that different at all. It probably took a little longer to finish, but in general, it was just like with almost any other song we’ve written. You just have to take it note by note, sometimes collectively, sometimes in solitude, but the song will always let you know when the initial writing is finished. Then, of course, there is some “after writing” while rehearsing for stage or the studio, and frequently, some new layers will be added to songs, as we play them more and get accustomed to them. But apart from that, no – the writing process for Domus Mysterium was the same as with any other song we’ve made.

That song in particular replicates something that’s a constant on the band’s music: the mix between the brutal, the melodic, and the eerie. There are even hints of occultism and Satanism here and there. How much are you personally involved in such beliefs?

This is (as you say) personal, so I won’t divulge too much here. But I can say that I believe there is no objective good or evil. I believe that you can affect the world and achieve what you want through vision, will, and action, I believe in looking for beauty in what might seem ugly and I believe that Man is not the center of the universe – never has been and never will be. To put it very shortly. 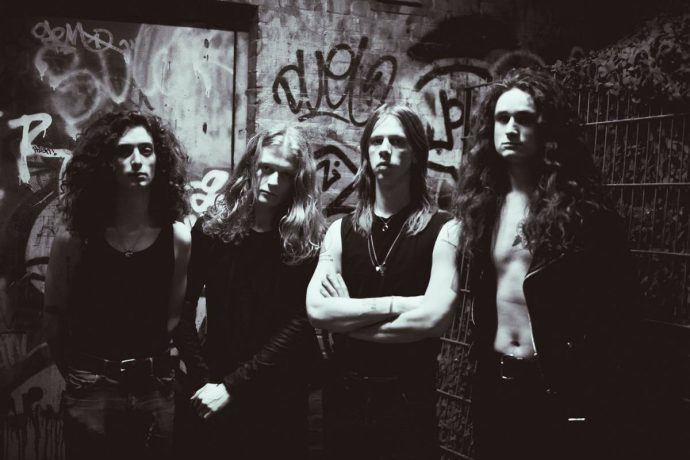 Oskar, you started the band alone in 2011. What was the original idea behind forming Slægt and how much has that idea changed through the years?

The original idea was to write the best musick possible with the ideas and tools given at the time, and from then on, constantly seek to become better at the craft, and see where it is possible to take it. We work with the same idea now, but the personnel have grown, the skills have become better, the tools more plentiful, and the understanding of the colours on our palette has deepened, etc. Only difference between then and now might be that the hunger is bigger than ever before.

You mentioned Domus Mysterium is only a test of what’s to come. Are you already working on new material?

Yes, we are always working on new material. I cannot tell you at what stage we are at the moment or where our current creative work will take us, but yes – there is something brewing. The fire is always burning in our hearts.

What are the plans for the rest of the year?

We have some select shows coming up, one of them at the Copenhell festival in Copenhagen (biggest metal festival in Denmark, maybe also southern Scandinavia? Not 100% sure there). Apart from that there are talks of a possible tour around Europe in the fall/early winter. Furthermore, we might enter the studio again later this year. Once again – time will tell…