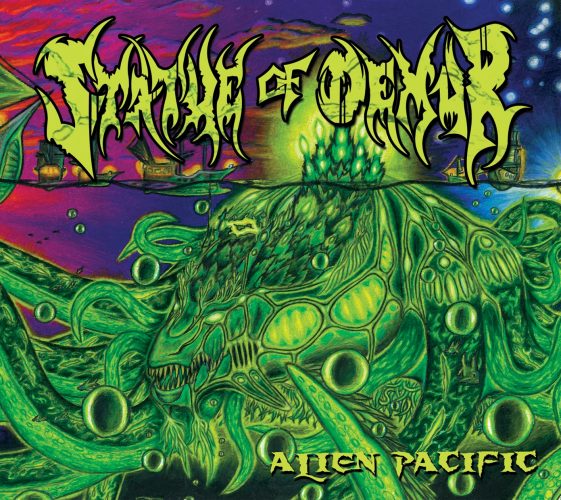 Though composed of only three members, Statue of Demur sound like an army, though not necessarily one you might encounter in a parade on the streets of Calgary (their home) or embedded in the surrounding prairies and foothills of Alberta. Think instead of an army arriving in our orbit from somewhere out beyond the Kuiper Belt. 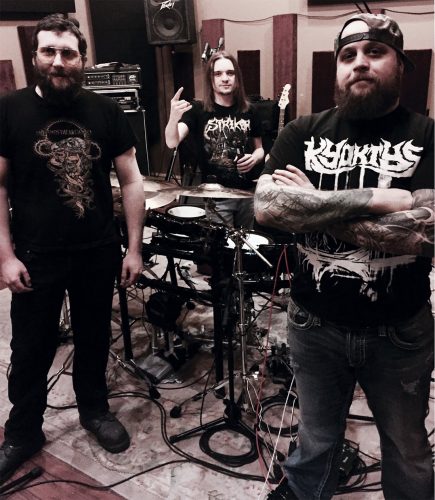 While Statue of Demur are devotees of groove and limber practitioners of exuberant instrumental acrobatics, “Tamaracks” does indeed have an alien aura, a kind of entrancing phosphorescent glow not found in nature despite the stands of timber that the song’s title brings to the mind’s eye.

The turbocharged music is propelled by jolting drum and bass work and by riffs that alternately lash and pile-drive, with rapid-fire howls and growls that match the music’s intensity. But this clobbering physicality is only one facet of the song.

A nimble bass solo, accompanied by wild, screaming guitar excretions, comes out of left field, as a prelude to a display of spidery fretwork. The riffs groan and bray and shriek. A subtle and seductive melody moves through the tumult — and as much as anything else, that’s what lends the song a glimmering sense of otherworldiness. You may also find that “Tamaracks” lingers in your head after the music has slowed and warped its way to the finale.

Alien Pacific is described as “a concept album touching on extraterrestrial involvement in evolution, and their control over our showdown government”. The album artwork was created by Jamie Fitzpatrick at Static X Chaos. For further info about the release, watch these spaces: