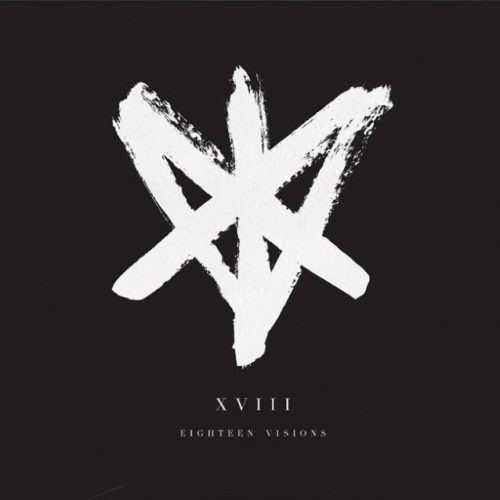 So here’s the thing… although I count myself among that rare breed of people who has faithfully (if not always happily) followed OC ‘core crew Eighteen Visions through all the ups and downs of their career, even I’m willing to admit that the band’s dissolution in 2007 – at the height of their perceived commercial viability and creative bankruptcy – was probably for the best.

For a band who had, up until that point, been famous as much for their devil-may-care attitude as they were for delivering bone-crushing breakdowns, their increasingly desperate attempts to break into the mainstream (and steady decline towards toothless, alt-rock senility), were a clear sign of a group increasingly unsure of their direction or place in the world and undergoing a painful (and ultimately fatal) mid-life crisis.

But it seems as though the group – whose line-up has been reduced to a three-piece following the sad demise of bassist Mick Morris in 2013, and the inability of guitarist (and founding member) Ken Floyd to participate due to other commitments – must have felt they had unfinished business left to attend to, as now they’re back with a new album, XVIII, which many (quite possibly including the band themselves) must be hoping will retcon their previous, self-titled, album out of existence.

So what’s the verdict? 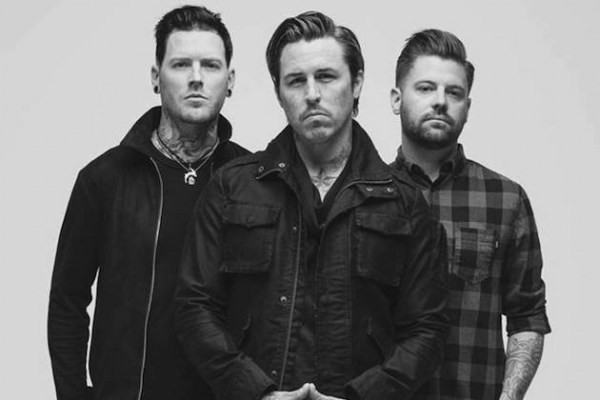 Quite honestly, it’s a mixed, but thoroughly enjoyable, bag of big, bruising riffs, bigger, more bruisinger breakdowns, and snarling, spiteful vocals, that makes a valiant attempt to reconcile the disparate sounds and influences of the band’s entire discography into one coherent, or at least semi-coherent, whole.

And while, overall, this isn’t an album which is likely to make major waves, break the mould, or [insert clichéd metaphor here], it’s pleasing to note that there’s also no major weak spots to speak of, and more than a few high points which are well worth singling out for praise along the way.

The short, but sharp, blast of feral aggression that is opener “Crucified”, for example, immediately signifies that the band mean business, as do the humongous, heavyweight grooves of “The Disease, The Decline, and Wasted Time”, both songs benefitting massively not only from a suitably OTT production job (courtesy of Anaal Nathrakh mainman, and Orange County immigrant, Mick Kenney) but also a pleasingly caustic and cathartic vocal performance by singer James Hart, who delivers a mix of throat-bursting Hardcore howls and snide, scornful cleans with a sense of urgency and raw emotion which was largely absent on their previous effort.

And it’s this rawness, this sense of urgency, this feeling that the band really have something to prove this time (if only to themselves), which really drives the album as a whole.

As a result, even though the tracks which follow – the chunky, chug-heavy “Underneath the Gun”, the oddly Slipknot-esque “Live Again”, and the crowd-pleasing “Laid to Waste in the Shit of Man” (complete with a shamelessly catchy, arena-ready chorus refrain) – don’t quite manage to hit the same heights, they still help to remind the listener once again just how vital and visceral (not to mention bludgeoningly heavy) Eighteen Visions are capable of being when they have their shit together.

Things pick up once again with the one-two combo of “Oath” – two turbulent minutes of bombastic breakdowns and chest-bursting vocals – and “Spit”, which is probably the most successful amalgamation of punishing heaviness and malicious melody on the entire album (and which also seems to be channeling a fair bit of Iowa-era Slipknot, whether consciously or otherwise), although the band do stumble a bit with “Picture Perfect”, a rather forgettable piece of filler which feels a little like the band are operating on autopilot.

Coming towards the end of the album, your feelings about “Fake Leather Jacket” will probably depend on your opinion of James Hart as a vocalist, who croons his way through the song’s chorus like the ghost of Scott Weiland, and screams lines like “Liar! Sadist! Corporate! Rapist!” with all the vehemence of a man who knows exactly what it’s like to get screwed over by the industry, after which “For This I Sacrifice” ends things on (thankfully) another high note, with Barney cranking out some impressively infectious grooves and gargantuan riffs over the top of Friedrich’s rock-solid performance behind the kit.

Is XVIII a perfect album? Not by a long shot.

But it’s far, far better than you (or I) might have expected, and does exactly what it needed to do – namely, it reminds the listener of just how good Eighteen Visions are/were when they put their minds to it, and, in the process, helps to wash away any lingering sourness left over from the release of their self-titled album.

In the end if Hart and co. were at all hoping to rewrite history/redeem their legacy, this is a very good way of going about it.

XVIII was released on June 2nd by Rise Records. A full album stream begins with the YouTube clip below.