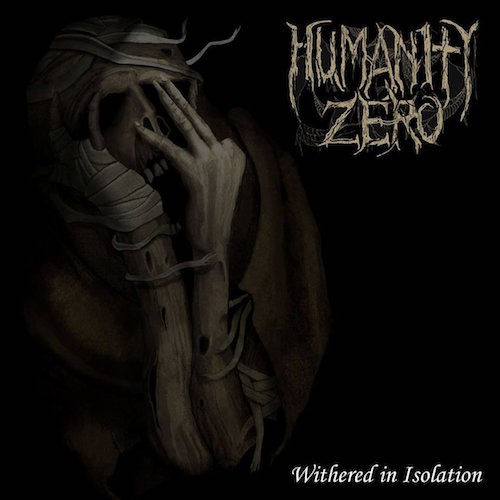 Originally the solo project of musician Dimon’s Night, the Greek band Humanity Zero produced six albums between 2008 and 2013 — one per year. But four years have separated the last one from the seventh album that’s now on the verge of release, and the passage of time has produced some significant changes in sound. Where previous recordings embraced death metal in the vein of such bands as Death, Hypocrisy, Unleashed, Nile, and Immolation, the new full-length Withered In Isolation takes a turn in a more doom-dominated and atmospheric direction, as reflected in the song we’re premiering today — “Horrendous Growls“.

On this new album Dimon’s Night is joined by vocalist Johnie Panagiotidis (aka Giannis Grim) (who does indeed possess a horrendous growl), lead guitarist Baggelis Vee Kappa, and violinist Stelios. Together they have given birth to a beast of pain. 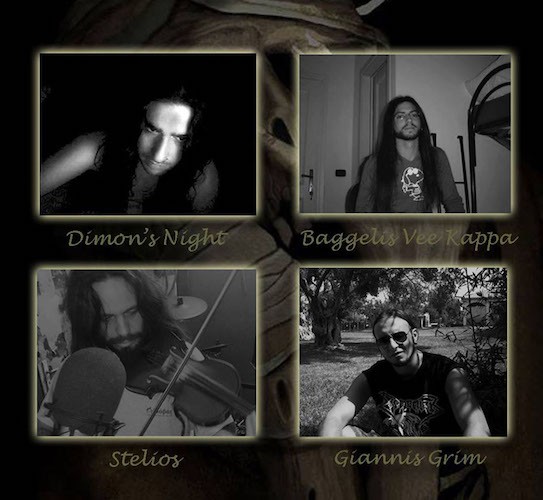 The dimensions of “Horrendous Growls” range from craggy doom riffs to high spectral notes, from double-bass rumbles to grieving guitar melodies, from darting chords to the slow, soulful laments of a violin. And while the gait of the rhythm is mainly mid-paced, in keeping with the aching desolation of the song’s mood, it spills over into an increasingly frenzied guitar solo, giving an edge of derangement to this solemn dirge.

The death metal hasn’t been banished — it’s still a heavy song — but elements of classic doom are ever-present, with the album as a whole drawing influenced from such bands as My Dying Bride, Tiamat, Amorphis, Katatonia, and Ophis.

Withered In Isolation will be co-released on June 27th by the two Russian labels, Satanath Records and More Hate Productions. The track list follows, along with pre-order and social media links. And in addition to our stream of “Horrendous Growls”, you can also listen to two other previously released songs from the album, “Solitary Confinement” (a free download at Bandcamp) and “Away From the Light”