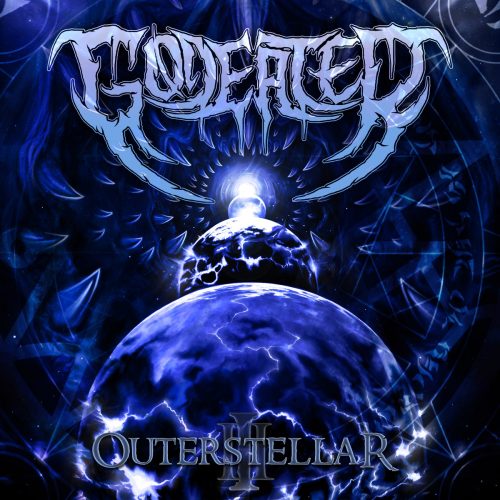 (Andy Synn prepared this review of the debut EP by the Scottish band Godeater.)

Although the band clearly haven’t fully found their own sound/voice/identity quite yet (these three tracks are positively littered with strands of DNA sequenced directly from all the usual suspects – The Faceless, Soreption, The Black Dahlia Murder, etc.), it’s impossible to deny that Outerstellar, the debut EP by Glaswegian Tech-Death tykes Godeater, is certainly a striking opening statement – in both ambition and execution – from a band with a hell of a lot of potential. 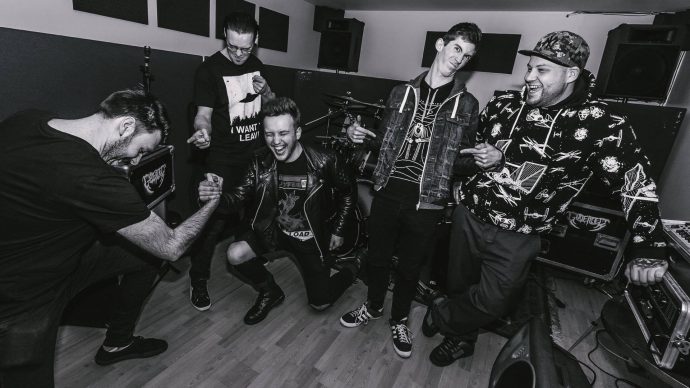 Centred around a prodigious core of tight, rapid-fire riffery, the three interlinked songs which make up Outerstellar offer up a wealth of tastefully techy, elaborately proggy, metallic delights designed to give both your neck and your brain a workout at the same time.

But, as undeniably intricate and ear-catchingly melodic as the guitar work is, this EP isn’t all flash and dazzle, as there’s a surprising amount of depth and subtlety on display too, from the understated (but satisfyingly audible) bass work of Will Keogh to the more ostentatious injections of sci-fi synthscapes which permeate each track (most prominently on opener “The Silent Prophecy”) and which help to tie the whole EP together.

Yes, there are a few criticisms worth making – for one thing, the songwriting, although laudably ambitious, could still do with a little bit of tightening up, while a few more hooks might not go amiss, in place of some of the more technically impressive, but somewhat amorphous blocks of faceless (no pun intended) riffage which occasionally crop up – but, when all is said and done, this is a fantastic opening statement by a band who have all the talent, and hopefully the tenacity, to really go far.

Ones to watch, that’s for certain.