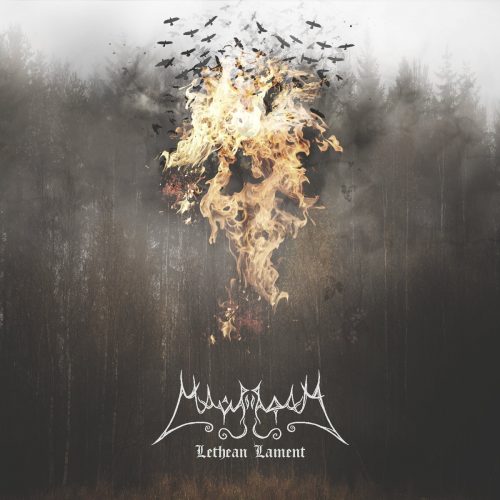 Lethean Lament is the second album from the New York black metal band Mavradoxa, which follows their full-length debut early last fall, a wonderful album named Sojourners. The new one will be released on June 22nd by Hypnotic Dirge. One song named “Crimson Waves of Autumnal Flame” has already premiered, and today we’re fortunate to host a second one: “Across the Nival Grove“.

For those new to Mavradoxa, it is the musical vehicle of two people, guitarist/bassist Nival and drummer Lux, both of whom also contribute their voices to the music.  Their atmospheric, nature-influenced music is often grouped within a realm populated by such bands as Agalloch, Alda, Waldgeflüster, Falls of Rauros, and Obsidian Tongue. 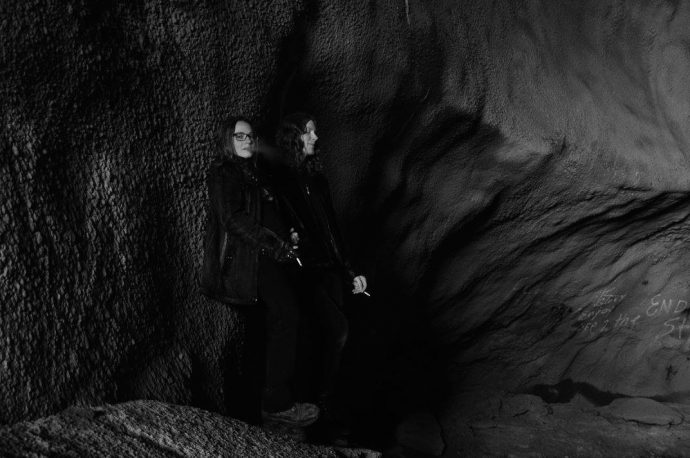 Mavradoxa prefer to weave their sonic spells through long songs, and “Across the Nival Grove” is no exception. Unfolding over the course of more than 15 minutes, it moves through shades of light and dark, its energy ebbing and surging, with vocals both harsh and pure, heated and somber. The riffs have a rough edge of abrasion, but the swirling leads often climb and veer with the grace and transfixing effect of birds frolicking in flight. The music makes the blood rush, but also has the capacity to pull you out of your surroundings and replace them with grand visions of ancient forests cloaked in mist, or consumed by flame.

While Lux’s drumwork (which has a very organic sound) is an important part of the song’s changing energies, the composition and execution of the guitar parts are really the star of this show. It’s an intricate and nuanced display; while the song is a coherent and constantly gripping piece of music with a natural flow, it’s not the kind of long song that relies excessively on repetition, and as a result, it keeps its hold straight through to the end, providing an experience that’s both very human and emotionally vibrant, and also mystical. And special mention should also be made of the violin performance by guest musician Andy McGirr (Hubris, Ferus Din), which gives the song added texture and emotional resonance.

Just based on the two songs that have debuted so far, I’ll be surprised if Lethean Lament doesn’t wind up on many year-end lists. We have streams of both songs below. 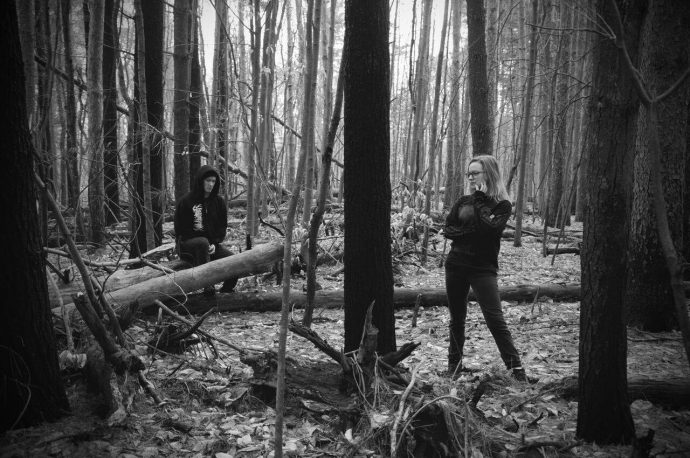 As noted, the album will be released by by Hypnotic Dirge on June 22nd, in a 4-panel digipack with a booklet and digitally. A related shirt can also be ordered.

Andy McGirr performed the violin not only on  “Across the Nival Grove”, but also on “Cicadan”. Mark Welden (Blurring, ex-Warblade) added guest vocals to “Crimson Waves of Autumnal Flame”.

3 Responses to “AN NCS PREMIERE: MAVRADOXA — “ACROSS THE NIVAL GROVE””