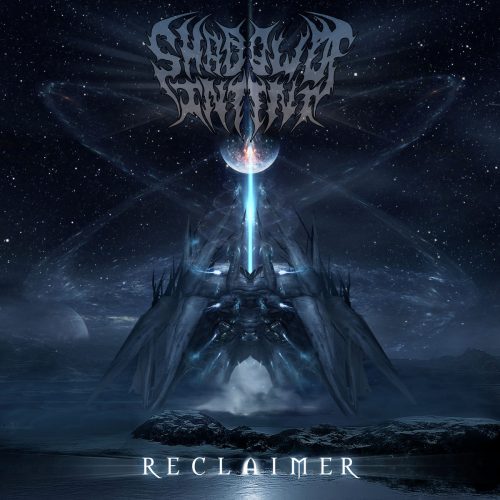 (Guest contributor “Bathy Kates” makes his first appearance at NCS with this review of the new album by Shadow of Intent from the northeastern U.S.)

Deathcore gets a bad rap. Sure, it has plenty of trendy and mediocre bands but it has lots of music worth listening to as well. The genre shares with other great metal institutions, like power metal and thrash metal, a steady flow of bands who ignite a visceral reaction in listeners, and hasn’t that always been a major selling point of metal? Deathcore was created to bring out the primal energy within its listeners. When deathcore fails it’s usually due a serious lack of originality, relying too heavily on gimmicks, and annoying vocals. When it succeeds, it combines the grisly aesthetic of death metal with well-distributed breakdowns and hones in on a particular abdication of sanity that hardcore and death metal share. Deathcore should be about relinquishment. It should go there.

Shadow of Intent succeeds in going there. From the onset of the refreshingly not-pointless introduction track, this band makes their unique brand of sophisticated depravity clear for all to see. With snarling, diverse vocals, crystal-clear guitars that speed by like lightning, and a rhythm section that can do more than just keep up, Reclaimer lives up to its name.

This non-stop thrill ride of an album is not just a plain-jane deathcore affair. There’s lots of other sounds on display here. Most notably, there’s heavy use of orchestral accompaniment, making this album a must-have for fans of Fleshgod Apocalypse and Ex Deo. The contrast between these heavy keys and the more straight-forward deathcore guitar work gives the album an extra layer of thrills while also preventing listening fatigue. With new timbres always coming in and out of frame, there’s nothing to be bored about here.

This band, now a full 5-piece, was originally a studio project lead by guitarist Chris Wiseman and vocalist Ben Duerr. I’ll get to Ben after I brag on Chris. Being close to Chris’ age, I can hear we both loved the same music growing up. Other than the aforementioned Fleshgod-influence, this album is full of 2000s extreme progressive metal sounds from the winding, jazzy assault of The Faceless to Malmsteenian space metal of Obscura to the operatic cheese-fest of Dimmu Borgir. Tracks like “The Mausoleum Of Liars” go from vicious brutality to heroic victory while “The Horror Within” sticks to slam death metal vulgarity. 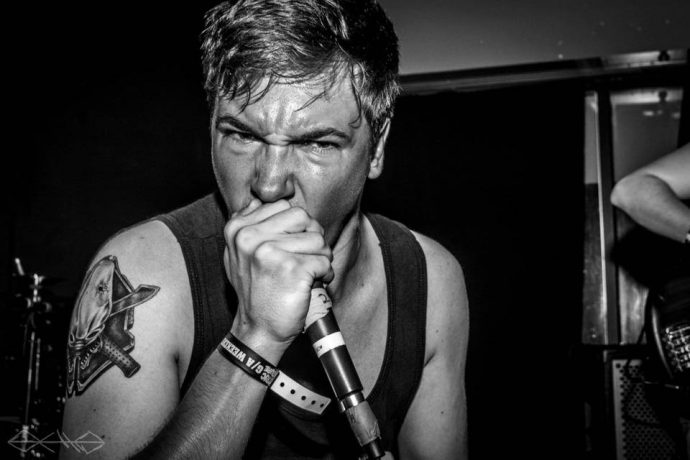 Following the recent trend of science fiction death metal, the band borrow from the Halo series for their lyrical inspiration. These lyrics are delivered powerfully by vocalist Ben Duerr, who is only 22. Ben possesses a real talent for death metal vocals, a talent I would quickly compare to Trevor Strnad or Christian Älvestam in terms of power and ability to always find a new sound to spew out. The man turns making throw-up sounds into an art and never settles on a single, monotonous growl or shriek. His otherworldly guttural bellows add to the cinematic scope of the music, and his high-pitched howls evoke a true sense of evil not unlike a good black metal vocalist. When Ben does actually sing, it’s a raspy and quite powerful shouting style closer to Soilwork or Devin Townsend than boyish screamo moaning.

Of course, the album isn’t a complete slamdunk. Fans of more organic-sounding production will not find what they are looking for here. Considering the album’s science fiction subject matter, this style of mechanical production is at least moderately appropriate. Nonetheless, Demilich-core this is not.

Further, like a lot of metal heavily influenced by film scores, Reclaimer’s epicness can certainly overstay its welcome if the listener is in the wrong state to receive it. This album is the musical equivalent of a good superhero movie, not the next Blackwater Park or Through Silver in Blood. Lastly, despite lots of progressive metal, melodic death metal, and symphonic metal influence, the band is still creating deathcore. Hardline metal fans who avoid breakdowns at all cost will not be pleased here.

So there you have it. Shadow of Intent will certainly entertain those looking for a good thrill. If you like space and you like some groove in your metal, this is a worthy entry in 2017’s catalogue for you. Check out Reclaimer on Shadow of Intent’s Bandcamp page.

FUN FACT: this is now the second death metal band I know to drop a Spongebob quote into their music.

Now, Shadow of Intent quoting this.

3 Responses to “SHADOW OF INTENT: “RECLAIMER””